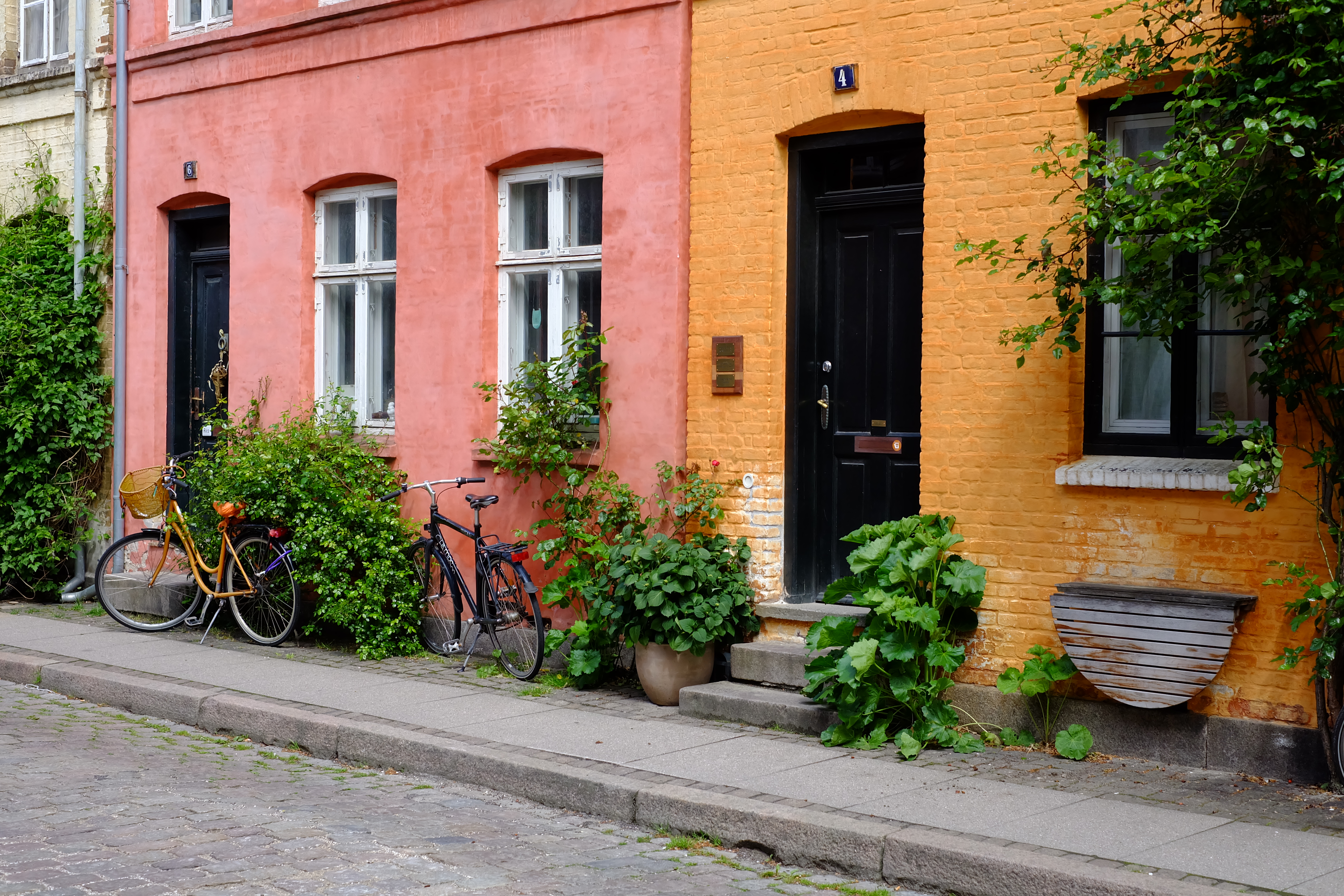 A cyclist abroad: 10 bike culture differences between America and Europe

Ever since I learned in college that Tucson doesn’t enforce laws against biking under the influence of alcohol, I have been a passionate commuter cyclist.

My first proper bicycle was a Raleigh Marathon ‘86, which I bought on Craigslist for $150. She was a deep-forest-green-steel-racing-machine. Over the following 3+ years, I biked hundreds if not over a thousand miles on that bike. I broke my wrist on that bike, got stuck in tram tracks on that bike, carried cases of shitty beer on that bike — we did it all together. 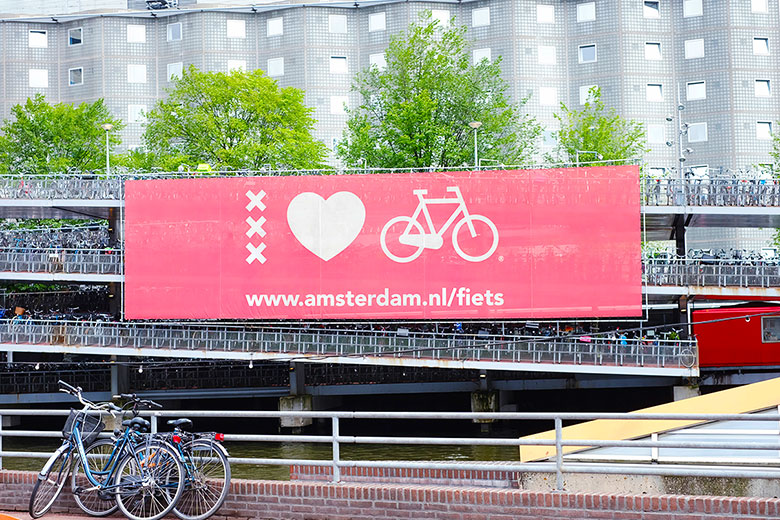 Before moving to Europe, I dreamed of getting one of those cute Dutch-style bikes, putting my bouquet of flowers in the attached basket, and pedaling off into the sunset. It was all part of my idyllic imaginary life in Europe.

Upon arriving in the Old World, I realized that cycling in Europe is very different than in America. The culture, the rules of the road, overall perception of cycling differs in ways I hadn’t anticipated. Just last week I learned the way I signal on a bike would confuse motorists in Europe. I’m sure I still have a lot to learn, but so far I’m still in tact so I must be doing something right (or, I have impeccable survival instincts).

Okay, I’m starting off on a technicality.

I think that most Americans would find it a bit elitist if you referred to yourself as “a cyclist”. Like, who do you think you are? You’re a dude with a bike. Dude. bike. Dude with bike. You’re a biker, or you’re a bicyclist. But a cyclist — shouldn’t you be wearing lycra? Maybe that’s just because we think most British words (or words pronounced British-ly) sound elitist.

Since Europeans have generally “learnt” British spelling rather than American in school, even non-native speakers “favour” words like lift, flat, trolley, and — cyclist. 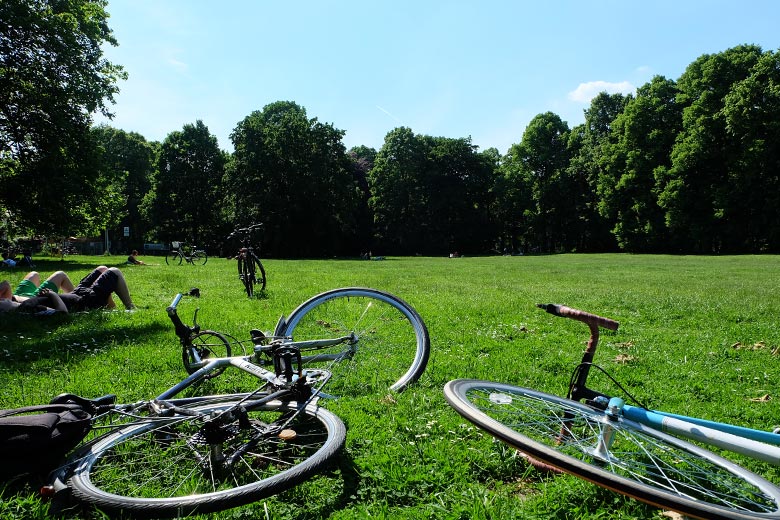 So, long story short: this post is about cycling culture differences, in case it’s confusing.

2. Cycling is for everyone

Yes, the elitist word for “biking” is for everyone.

When I picture an American cyclist, the first thing that comes to mind is: hipster. Hipster who lives in a closet-sized apartment in the city and rides his fixed-gear bike to work at a cool café filled with cactus and succulents.

When I picture a European cyclist, I picture: London bankers in suits riding to work, the grandpa who flies past me on my morning commute, little kids biking around dangerous intersections followed closely by not-that-concerned parents. Hipsters are a fleeting footnote. 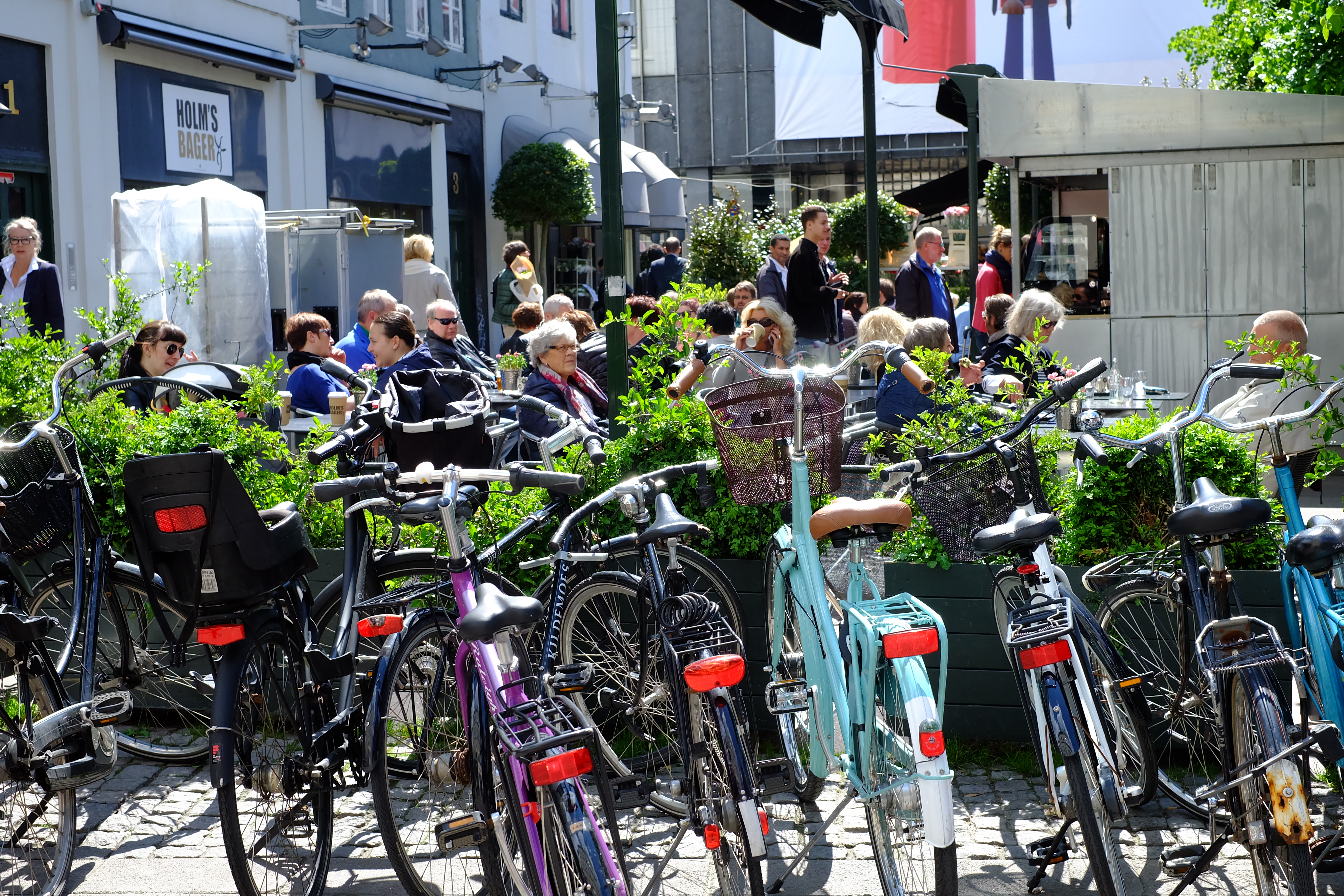 One of the biggest criticisms I read again and again of bike culture in America is that biking isn’t seen as a form of transportation, but rather a sport (or, for the younger generation, the only sport hipsters can still do considering their cigarette consumption).

But in Europe, cycling isn’t particularly “cool”. It’s mostly a means to an end. People just want to get where they’re going, more easily, quickly, and cheaply than public transit.

3. Most people have shitty bikes

Largely due to this attitude of “transportation cycling”, most people have really shitty bikes. I have never seen (or heard) so many derelict, disfunctional, bike-like contraptions being used. Safety is not first. The collective attitude seems to be: it gets me from Point A to Point B.

I get the impression that people are just not riding bikes for pleasure. How pleasurable can it be to ride your screeching bike up that hill, working like a maniac to go fast enough not to fall over? 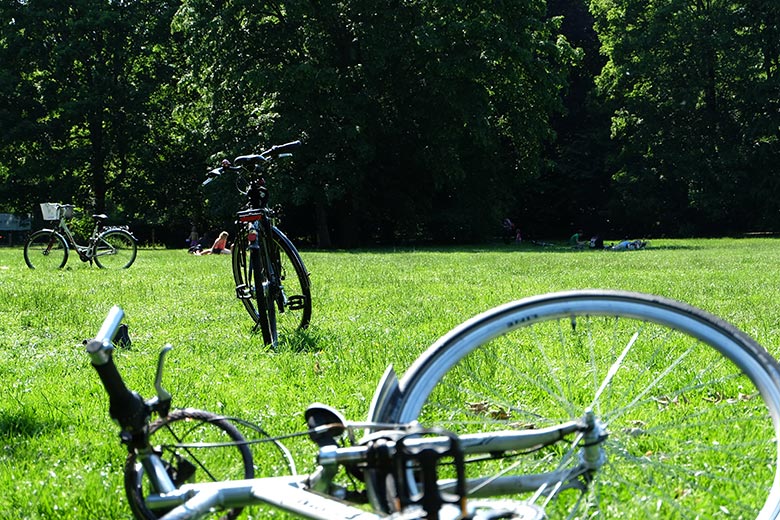 Also — flat tires everywhere! People are just riding along merrily on completely deflated wheels. Both. of. them. This phenomenon baffles me given how much more difficult it is to pedal. And yet, no one seems to mind. Maybe these cyclists are just in way better shape than I am.

The flipside to this “shitty bike” observation is that because cycling in Europe isn’t so elitist, what I’m really seeing on the street is people of all income brackets with bikes in accordance with their financial means. Fine, biking isn’t a beauty contest for most people. However, I know plenty semi-affluent 20-somethings with shit bikes…just saying.

Cyclists in Europe have a different mechanism for deterring theft besides locks.

Park your bike next to a nicer bike, and hope that other bike gets stolen instead of yours.

I find this kind of cruel to other cyclists. Maybe this sentiment comes from the fact that there isn’t really this idea of a “bike community” in Europe, where you look out for each other since you’re some kind of “transportation minority” always being targeted by malicious motorists and taxis and thieves!

Again, this comes back to the point that cycling in Europe isn’t really elite or special. The bike community in Europe is, well, almost everyone, and it’s bike-eat-bike out there.

It’s hard to steal both of these bikes, but if you could steal one, which would it be?

5. Complete disregard for people who do want to lock their bikes

For having such a high concentration of bikes, it’s astounding how hard it is to find a place to park your bike in a European city. Places like Amsterdam and Copenhagen don’t really handle the sheer volume of bikes too well, and as a result you end up a mess of bikes locked to bikes locked to bikes.

Berlin, on the other hand, doesn’t even try. Bike racks are few and far between compared to any US city that can back up claims of being bike-friendly. But if you do find a bike rack in Berlin, they are often these bizarre short ones that you can only stick your front wheel into, making it impossible to lock your frame to the rack itself. It’s like these racks are invented to keep your bike upright, not to ensure it’ll be in the same location when you come back.

As a result, anyone who doesn’t have a shitty bike has to resort to more creative locking mechanisms (or just use their kickstand and hope for the best. 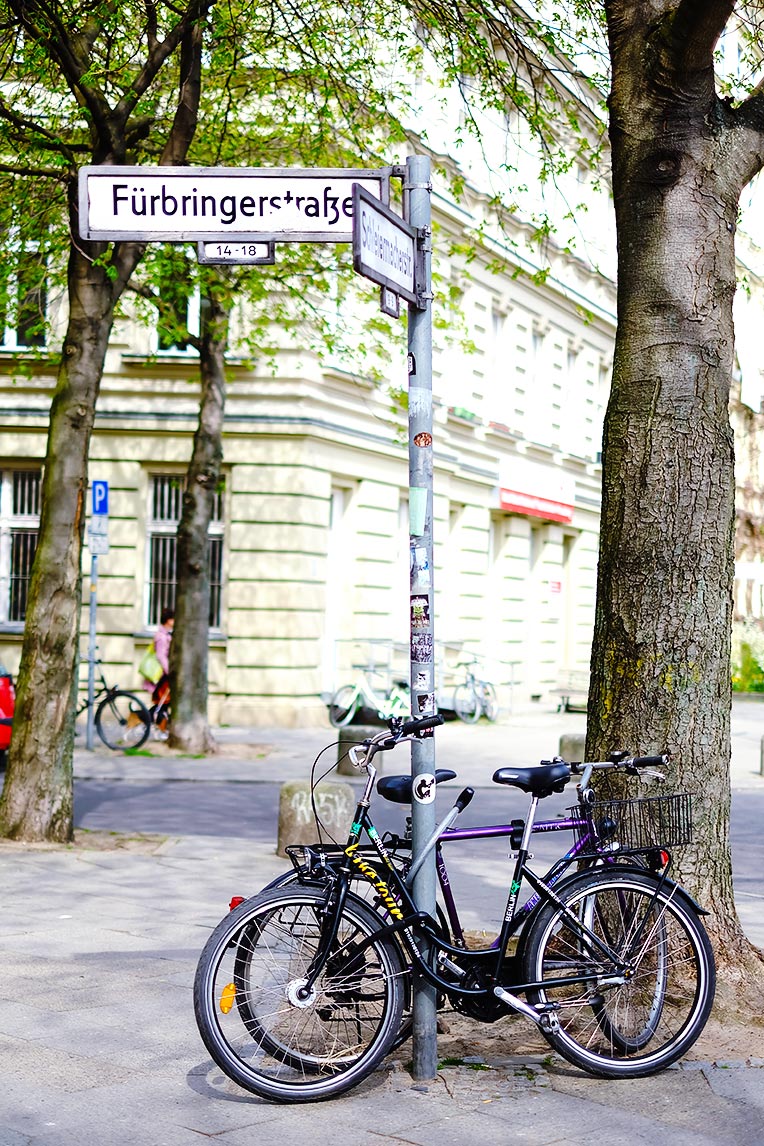 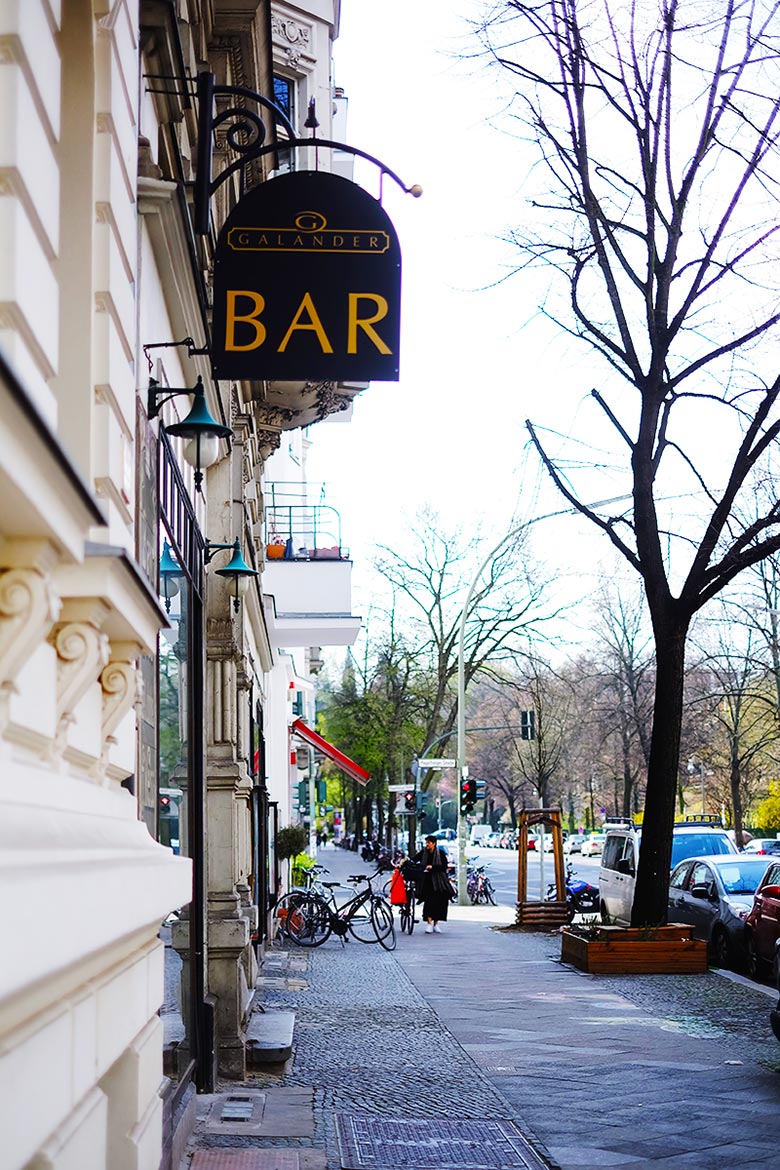 It’s common to lock your bike wheel to the frame and call it a day, just to make it a little inconvenient to steel your bike. However, I’ve seen so many people carrying bikes down the street that I’m one of “those people” who’ll walk and walk until I find a free street sign or fence to lock my bike to. Also my bike is too cool to have a kickstand…

The same bike I bought in the US for $150 could easily fetch 450€ or higher in a vintage bike shop in Germany. I guess the supply is lower and the demand is higher, or, eBay’s alternative to Craigslist just doesn’t cut it. 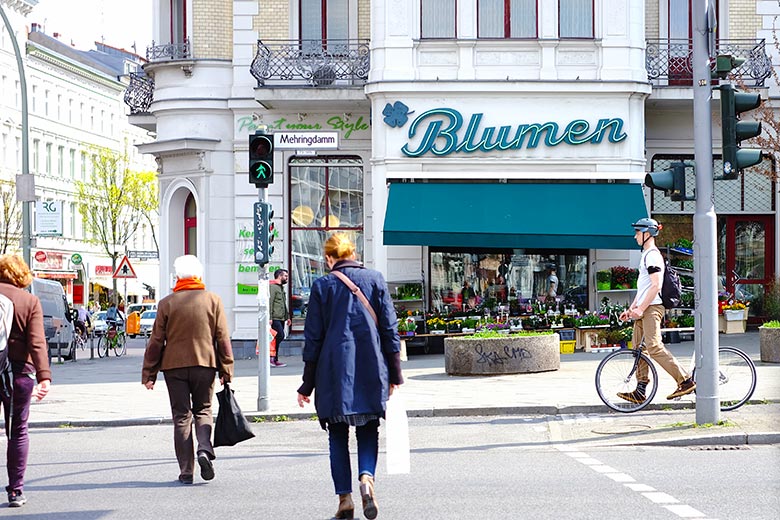 An alternative explanation is that Europeans tend to prefer more practical bikes, e.g. those with thicker tires and better suspension. Maybe road bikes are such a specialty that those who’ve got ‘em can afford to charge what they want, because the hipsters will seek them out.

7. Biking in a European city is all-terrain

American bike paths are a real luxury. At least, if you live somewhere that’s trying to make cycling “a thing”, the resulting roads are glorious: bikers can comfortably ride two-abreast, the lane is designated by a clear symbol, and some places even have bright green “bike boxes” in front of intersections so bikes can get out in front of cars.

Europe doesn’t have or want to have all these modern smooth roads, and prefer to maintain Roman-era cobblestone streets so uneven they can give you brain damage if you try to ride over them.

Of course there are a fair number of smooth streets, but I often find myself rudely surprised when I turn off of one such street and am jolted about by the loose stones suddenly under my wheels. At times, great detours are required to find a smoothly-paved street that’ll take you where you need to go. 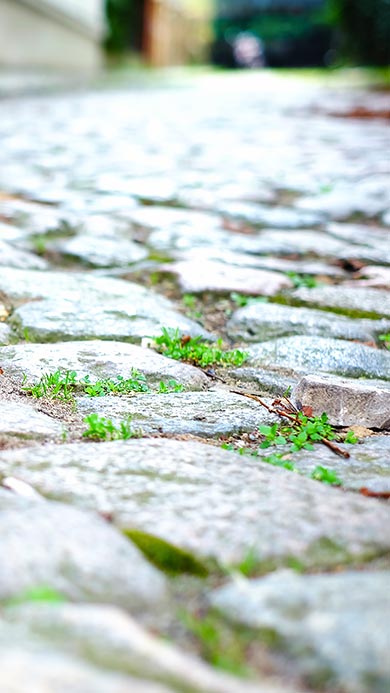 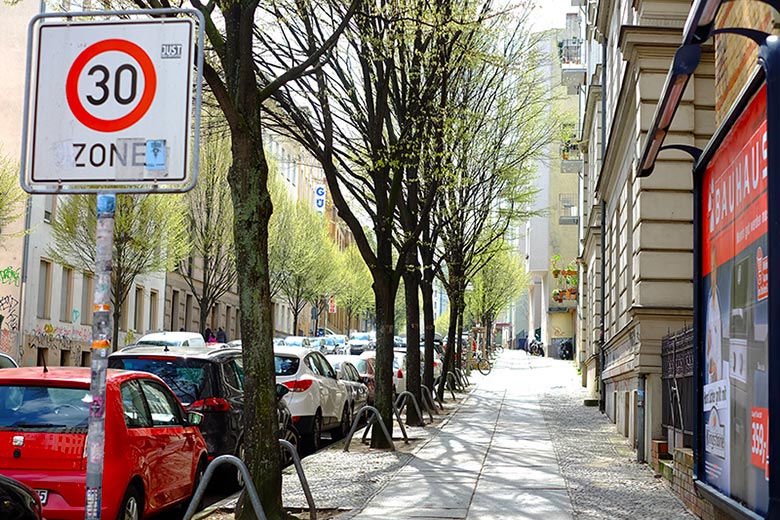 The temptation to ride on the sidewalk is great. When I moved to Germany, people told me it was legal to bike on the sidewalk, but I’ve been scolded by the Polizei to get off the Fußweg, so I’m pretty sure that was a lie.

Oftentimes, if there is a bike lane, it’s got its own breed of cobblestones that are becoming loose and uneven, rendering it a less pleasant experience than just being on the road with the cars.

In addition to cobblestones, you’ll also have to surmount more dirt paths and curbs than you’d like. Getting anywhere is more complicated because European cities are largely not grid-based, so you have to get creative just to get from east to west.

8. Cars expect you to be there

In America, bicyclists are taught that they must do as the cars do. Stop, signal, merge, turn, yield. Well the last one seems to irritate German motorists at least, who’d much rather that you just get on with crossing, regardless of whether they were there first or have the right of way.

But motorists here get really pissed off when you show up at the intersection and make them wait because you respected their right of way.

On a more positive note, motorists in Europe are pretty used to bikes. I get the impression that they usually check that you’re there and don’t try to get around you if it’s going to be dangerous. In contrast, I would never expect that an American driver has checked his right rear-view mirror to see whether a bike is coming up in the bike lane before making a seemingly safe right turn. Naturally, assumptions on a bike are a dangerous thing, but it’s a good feeling to have that drivers here are more accustomed to interacting with bikes on the road.

Granted, I find nothing more horrifying that being inside a taxi and seeing how they weave around cyclists. If you’re in Europe, on a bike, and you see a taxi, do not trust.

How do you tell a driving on your left that you intend to make a right turn? In the US, this is often done by raising your left arm in a right angle. Since the left side of your body is more visible to motorists when you’re in a bike lane that aligns to the right side of the road, it makes a lot of sense. All of us American folk have learned this signal on our drivers test in case we’ve got a tail light out and need to indicate that we’re turning.

Apparently, such a mechanism is not really recognized in Europe. At best, someone thinks you’re just weird. At worst, someone rear-ends you because they don’t realize you’re getting ready to turn.

Signaling in Europe just means, left arm out is a left turn, and right arm out is a right turn. Simple enough, but something that no one tells you!

10. You can bring your bike everywhere!

On a bus, on a train, in the air on a plane! Transit in Europe is designed with bikes in mind.

So, which is better?

Clearly, bike culture in the Old World and the New have diverged quite a bit. Biking is still kind of a niche in the US, and largely limited to single people with short commutes or diehard atheletes. In Europe, cycling is so widespread that you can also suffer from bike-overload and it’s hard to find your space in the bike land on a popular route to the city center. 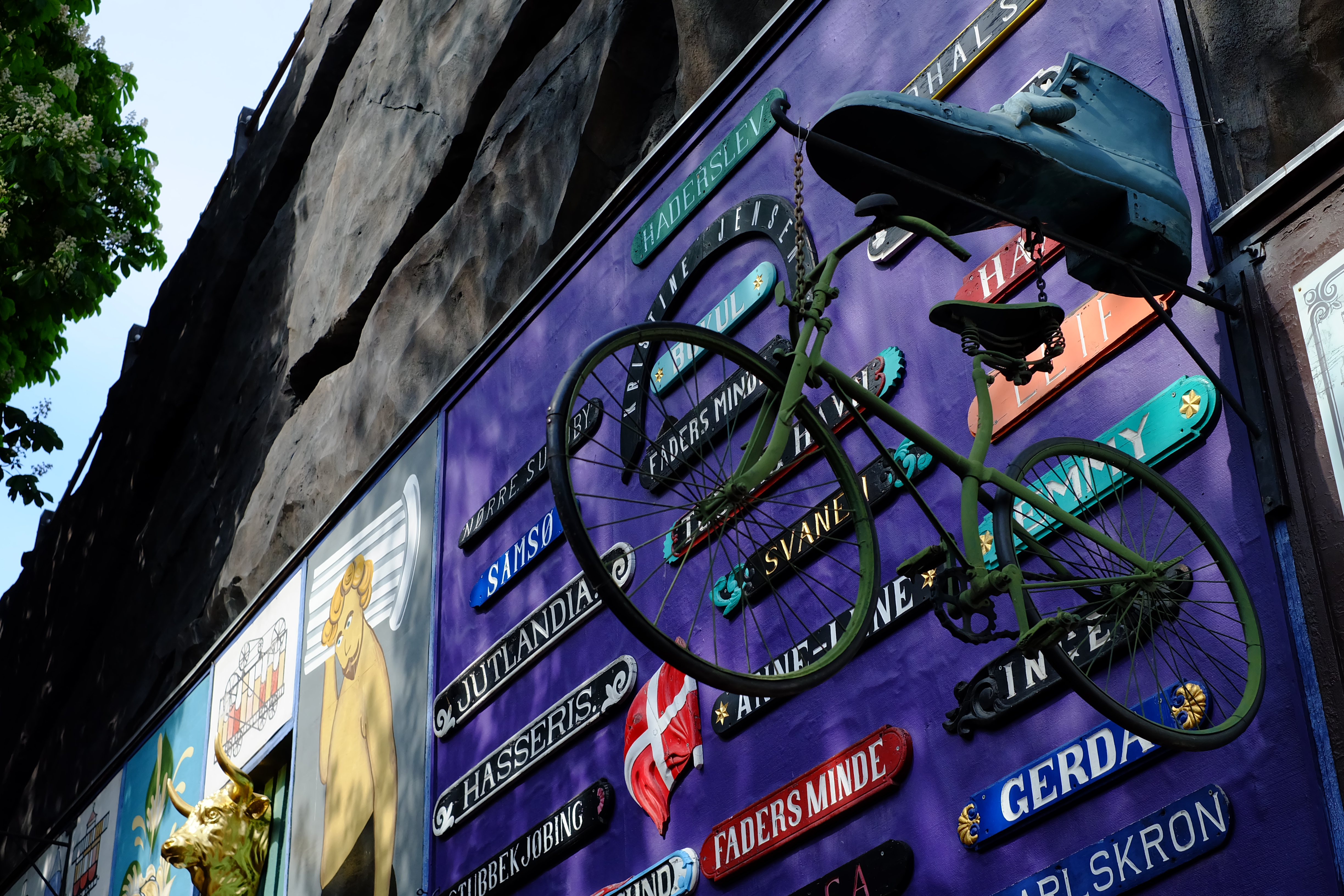 All I can say is, no matter where I live, I’ll be biking! Excuse me, cycling. I’ll be cycling.