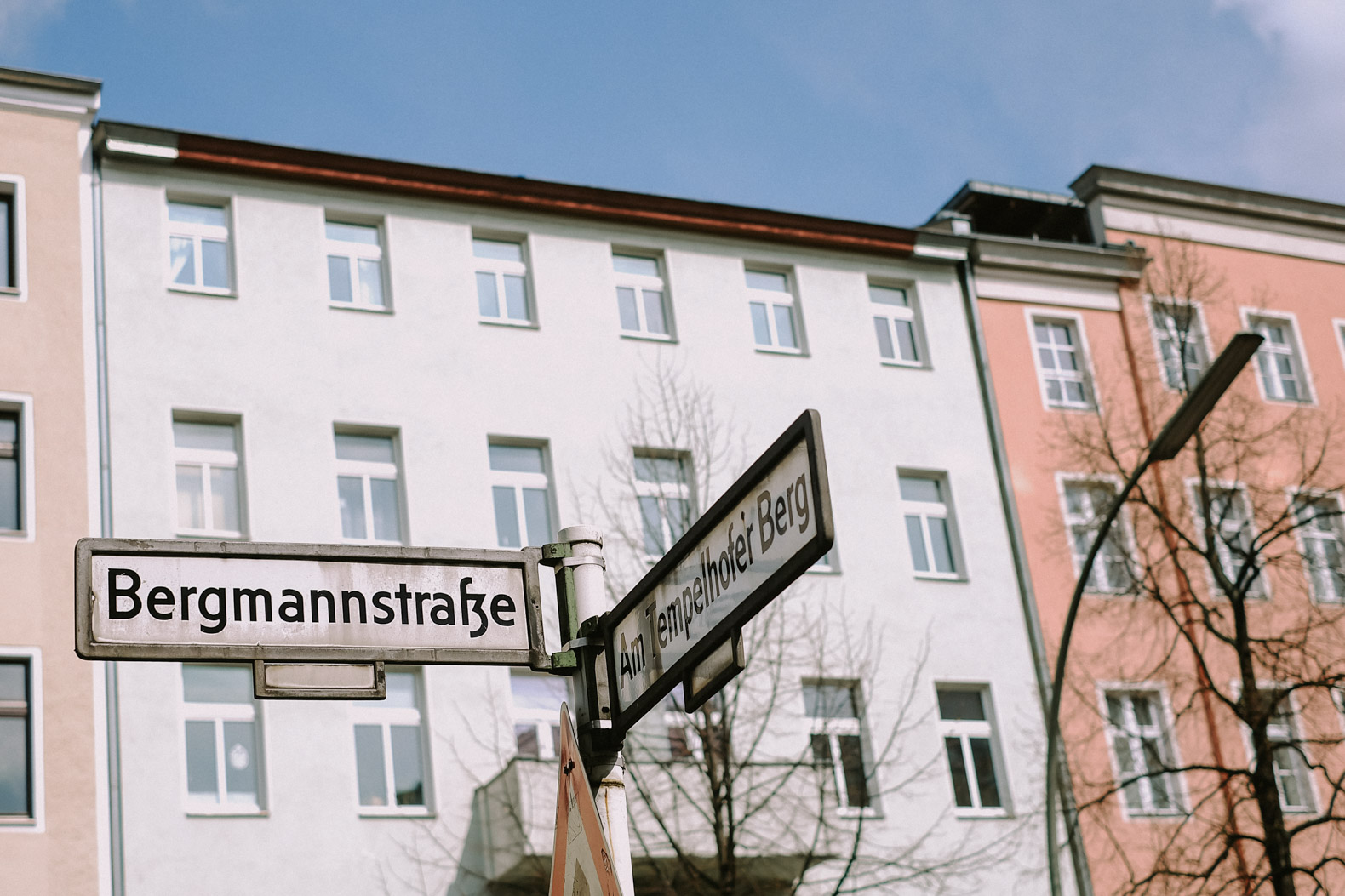 There are so many things that changed once I left life in America and put down roots in a foreign country. My diet, my daily habits, my ability to pass for a native speaker of English. But one thing that totally changed was that day-to-day experiences that could be totally banal became huuuuuge challenges. In some cases, so much so that I anticipate challenges I’m going to have eventually, but build up a lot of anxiety over them.

About 99% of this stems from living in a foreign language. This post is NOT for American expats living in the UK, or anyone who moved abroad but didn’t really try to learn the local language. Instead…

This post is for anyone who’s just arrived in a foreign country, and finds shopping at the supermarket to be an immense and exhausting quest involving a lot of time with Google Translation in order to prepare a grocery list in more than one language.

This post is for people who thought it would be cute to live in a small village in France, not knowing they have an unusual dialect and look at you funny if you don’t say croissant just right.

This post is for anyone who thought they would pick up a language after moving somewhere, only to realize that in the mean time, basic day-to-day tasks involve a lot of research and probably embarrassing yourself by doing it wrong in public.

In fact, I would say that once you live abroad in a place that doesn’t speak a language you already know, there’s a 100% chance that embarrassment becomes one of the de facto emotions of the day. In fact, when I go home to the United States, I strike up long conversations with whatever poor barista or bartender I can find, because I’m so desperate for small talk and non-embarrassing conversations with total strangers.

Totally Irrational Expat Fears, Or: Life in a foreign language

I bet any expat (or, more broadly, immigrant or anyone operating in a foreign language) can relate to at least some of these!

In German, “i” is pronounced like “e” and “e” is pronounced like “a”. Now just imagine doing an exam to find out your new prescription of glasses, but totally messing up the letters?! Now the optometrist is like, “Dang that girl can’t see a thing” while I fumble around the German alphabet trying to express which letter I’m looking at.

Getting packages from my neighbors

I am not joking when I say: there are literally packages I never picked up because I thought I waited too long and felt really awkward about it. I like to think that eventually they opened those packages and felt like they received a gift.

Here’s how it works.

In Germany, they don’t leave a package at your door when you’re not home. Instead, they deliver your package to a neighbor (no matter how small or worthless your package is). This, in turn, creates an entire series of complications.

I still haven’t grasped exactly which of the many German words is appropriate for “package”. They’ve got Paket, Sendung, Packung and then Verpackung, among many more. The packing slip uses Sendung, however I’ve been told that this is extremely formal and perhaps refers to anything that’s sent through the post.

Why so many words for same thing???

Also, there’s no section in the German textbook called, “Awkward interactions with neighbors” where you actually learn how to ask your neighbor whether they have your package. Who knows how I’m supposed to talk to these people? Do I tell them, “Do you have my package?” Or, “I think you have my package.” Or, “My package was delivered to you” (passive voice = very complicated sentence!!)

Perhaps the easiest solution is just to go there, smile awkwardly, show the packing slip, and hope they get it.

I cop out of this one regularly by sending my boyfriend in my stead.

You know those fears that you have dreams about? This is one of them. It typically goes something like this: crazy German serial killer breaks into my house (I watch way too many crime dramas), stabs my boyfriend non-fatally, and I’m freaking out trying to call the emergency number. They answer, and I am trying to communicate the situation.

In my dreams, my sentences go something like this: “My boyfriend is injured. Very bad. Please be fast. My address is XYZ. PLEASE BE FAST.”

BUT, there is always the possibility of misunderstanding. Because in my dreams, the lady responds to me in complete gibberish that I totally don’t understand, so all I can really do is repeat my facts and hope that it works.

Which brings me to my next fear…

If you think answering a phone call is bad, or that you hate speaking on the phone, just wait until you do it in another language.

When I first moved to Germany, people who called me would regularly get frustrated by the fact that I couldn’t communicate at all and hang up on me. Or, they would keep repeating words I could completely not understand. Even after I’ve leared German and can communicate acceptably on the phone, every once in a while…

You get a curveball.

The other day, a man called me who would be installing the shower in our apartment. Only problem was, he had such a thick accent that I was completely incapable of communicating with him. In the end, I handed my phone to a co-worker to ask him to dicipher these incomprehensible sounds. Naturally, he had no trouble with it – proving yet again, that becoming truly “fluent” in a foreign language is practically an illusion!

Getting deported over downloading TV shows

In my office, there are two seasons: Game of Thrones season and the rest of the year. However, as anyone living abroad knows, watching Game of Thrones (or really, any currently-airing show) in a foreign country can be a real challenge. It’s not even possible to watch it legally because services like HBO Go aren’t available in your country. So either you subject yourself to inevitable spoilers, or you go rogue.

In my case, going rogue means streaming from some extremely questionable website that’s probably reading all my passwords after I install their custom media player. In Germany, streaming is a legal grey area, whereas downloading is a hard no.

Whenever a colleague just tells me I could download whatever TV I want to watch, my response is a resounding…

I AM NOT GOING TO BREAK THE LAW AND GET DEPORTED!

Now, it’s pretty unlikely to get deported owing to a relatively minor offense like downloading one television episode, but really: do I want to risk dealing with the German legal system any more than necessary?!

This is a related “deportation” fear: what on earth are those people reading when you given them your residency card at the airport? I imagine things like:

I mean, how long can they look at those screens and think about something before letting you pass?!

Not being able to explain what I want to the hairdresser, and ending up with a bad haircut

Whenever a fellow expat in Germany tells me that they haven’t yet “had a haircut in German”, my first thought is: Oh, so you’ve never really lived on the edge? I mean seriously, what is more dangerous than getting a haircut in a foreign language?

I’m so grateful my hair is finally long enough that I can throw back a shot of whiskey and cut my own hair as I see fit.

Getting hit on in a foreign language

As if disappointing strangers in a foreign language isn’t enough, even worse is when a guy is clearly trying to hit on you, only for you to have to reveal to him that you’re a foreigner. Of course, it can have an advantage: You can say you don’t understand him. But if he switches to English, this can make everything SO MUCH WORSE.

First off, there are impressions of American women by non-Americans. I once had a guy stop me walking down the street to compliment my shoes. Once he found out I was American, he totally assumed I would be like the American girls he’s seen on MTV’s Real World and proceeded to tell me about his supposed sexual exploits with American girls in Colorado. Can I push the escape button on this encounter NOW?

Luckily, most German men are not as presumptuous, although revealing that I’m foreign to them feels equally uncomfortable. Here are a few of my awkward experiences being hit on by German men:

Getting hit on in a foreign language is like one big combination of all my other fears: disappointing native speakers by being foreign, getting hit on in general, and doling out rejection.

Who else feels SO SO awkward after waiting too long to reveal to a native speaker that you’re a foreigner? It feels like you are just holding off on the disappointment for so long. They’re talking, I’m listening carefully, nodding in understanding, and then I open my mouth and sound like a cowboy from a German western (at best).

And you have to know what that other person is thinking as soon as you open your mouth:

Did you understand a word I just said?

The other open question is whether I’m just fooling myself, and they’ve known the entire time because I’m so obviously not German. They notice I’m not wearing any Jack Wolfskin clothing and have suspiciously impractical shoes on, so probably I’m not from around here.

And the worst is when they decide you sound like you have an accent from somewhere totally different, and start to speak to you in that language. It used to happen to me in French from time to time, probably because my college French influenced my German pronunciation (thereby making me sound like a cowboy from Quebec).

A related fear, I hate being in the elevator in my apartment build with another resident, because definitely they’re going to make small talk and you just can’t keep up! Smiling and laughing at their joke works just fine, until they ask you a question (and again: back to revealing my uber-foreign self).

But at the end of the day…

It’s important to realize: NONE OF THESE THINGS ARE A BIG DEAL! You can survive anything, and besides embarrassment, there are practically no consequences to any of these things going wrong. Even though every day is full of challenges, I wouldn’t choose to be anywhere else right now.

Can you relate to any of these?!

Or do you have different irrational fears fueled by your foreign surroundings? Share them in the comments, I’d love to hear yours (and maybe even discover fears I didn’t know I had 😂)