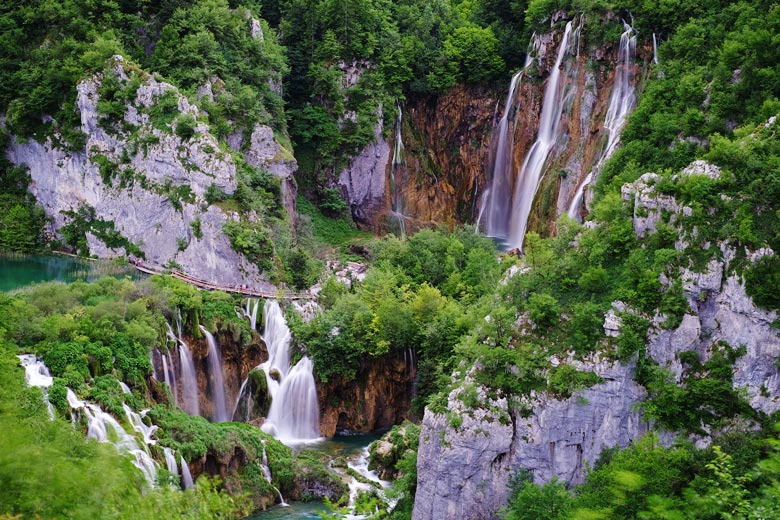 As soon as I entered the Plitvice Lakes National Park, it was like getting hit in the face. Croatia’s tallest waterfall, Veliki Slap, came into view so suddenly that I wasn’t remotely prepared. “Slap” really is the perfect word for it. At 78 meters, the waterfall towers over small moving specs (also known as people). Can you find them in this photo? They’re so tiny! 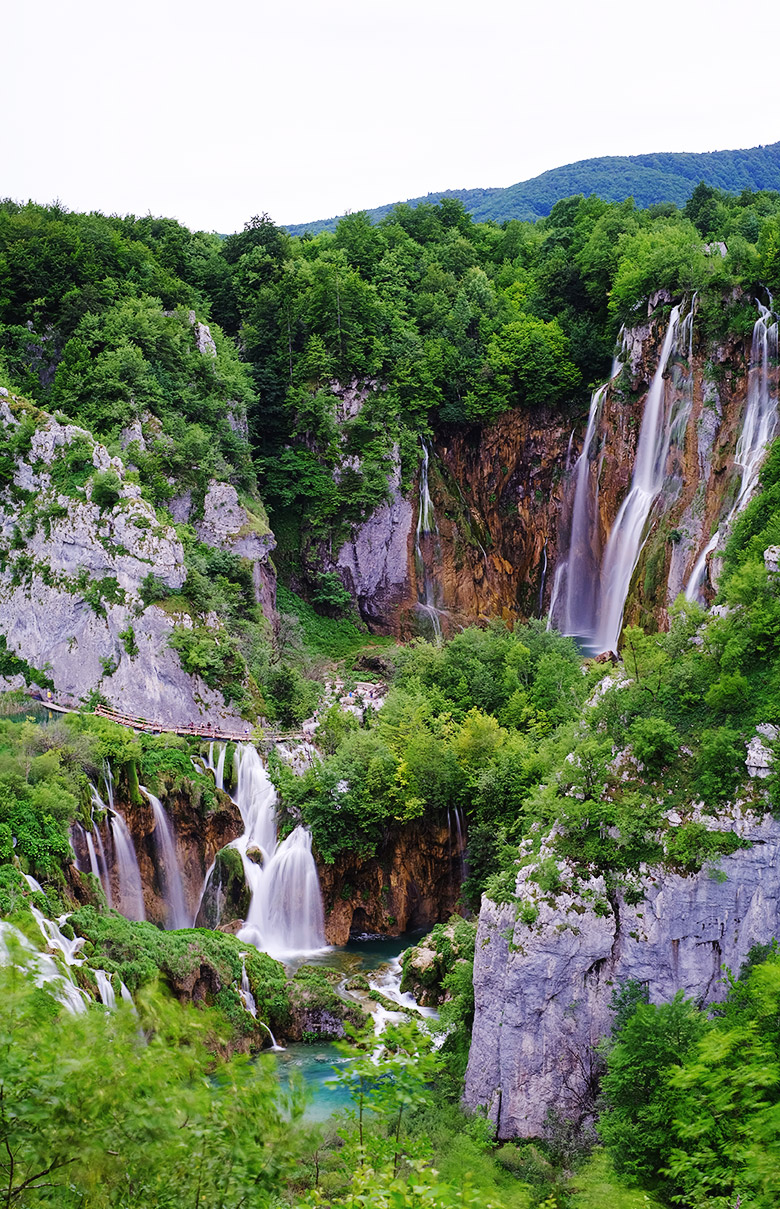 Cerulean torrents tumble over one another, rushing down the rocks and smoothing over vibrant moss and thick grasses gasping for air. No matter where I looked in the park, a new point of interest captured my attention. 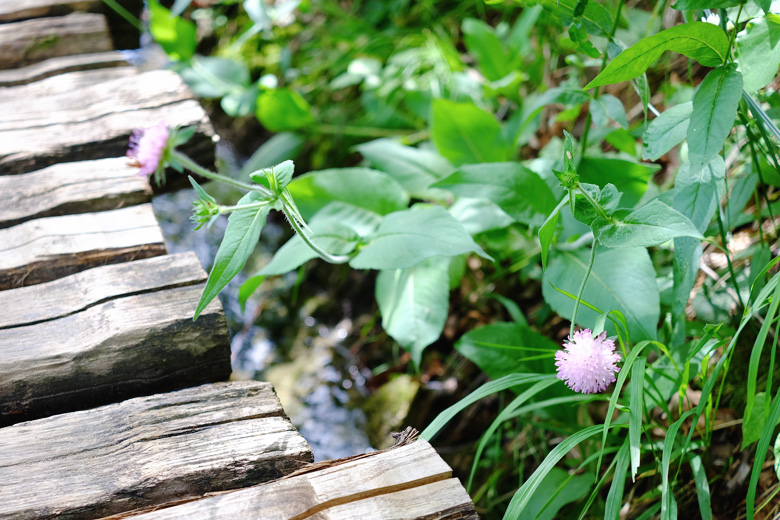 What makes the Plitvice Lakes so extraordinary

In total, there are 16 lakes in the national park, which are all interconnected by a series of bridges, ferry, bus, and of course – waterfalls.

The park is constructed as a guided experience, where the visitor can choose his or her path around the lakes. Some routes take two hours, some can take up to eight, and for the hardcore hikers there are proper hikes that don’t even fit on the posted maps around the park.

The lakes themselves occupy only 1% of the entire national park, so there is a lot else to see given the time. Diverse flora and fauna, including the rare European brown bear, all have a home here.

Unlike Krka National Park, people are not allowed to swim in the Plitvice Lakes. For this reason, the water remains so pristine you can see deep into the water. The color of the water itself is a brilliant turquoise, punctuated by the ocassional hungry duck or small schools of fish fighting the current. 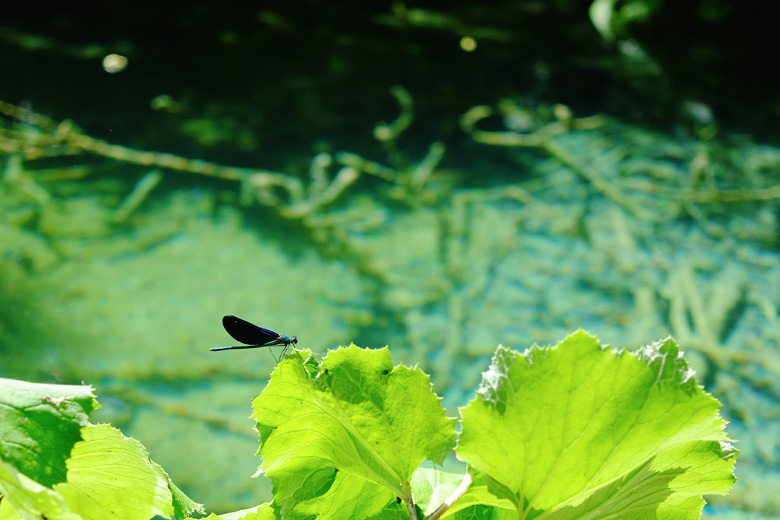 The paths through the park are well-established, the majority of which are wooden footbridges. With the exception of some steeper drops, most of the paths do not have railings – you can freely reach out and touch the running water (spoiler: it’s cold!). 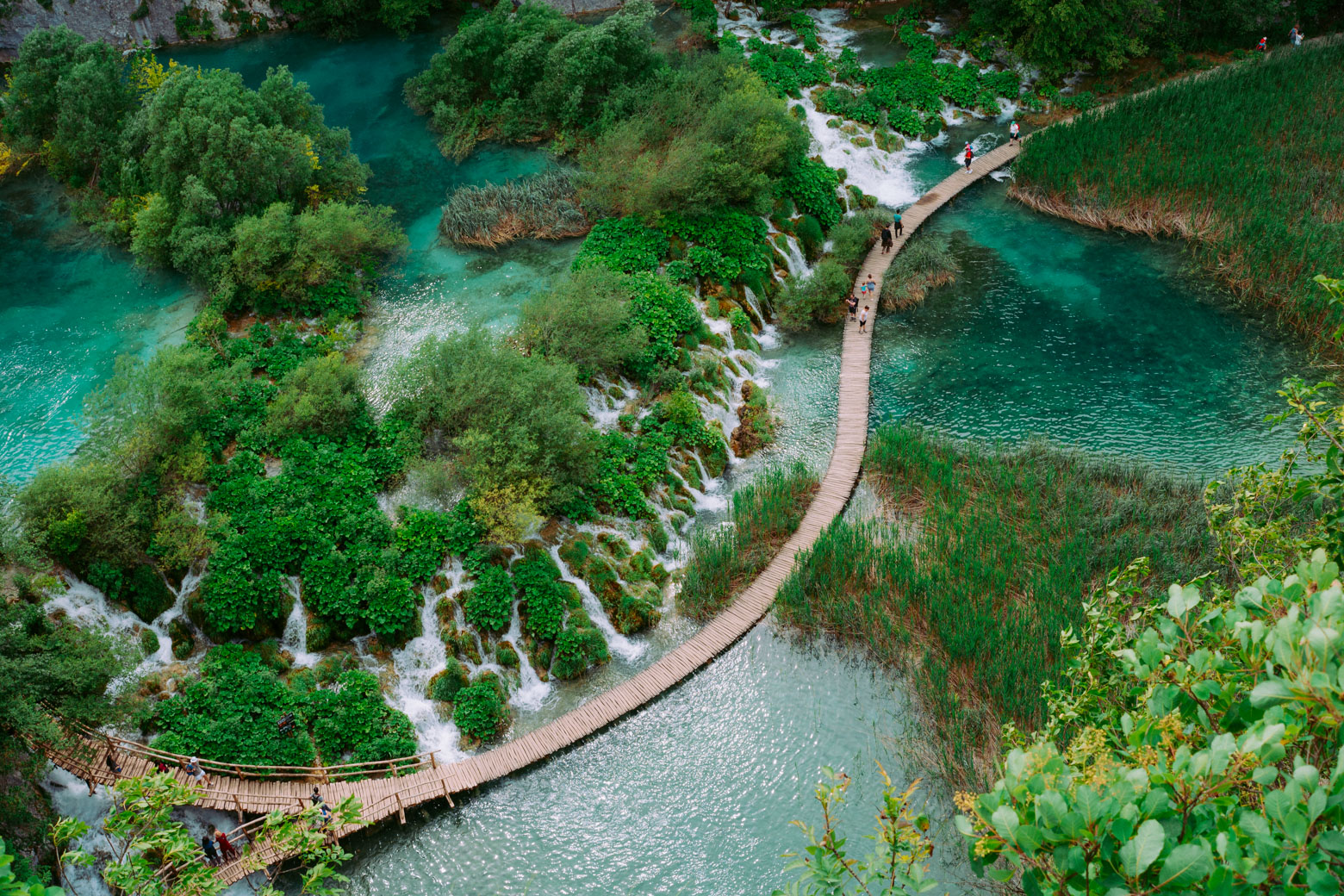 If you take my recommended route through the park (Program C), you’ll traverse one of the larger lakes by boat. Since the boat does a 180º rotation after undocking, the best views are had from the right side of the boat. 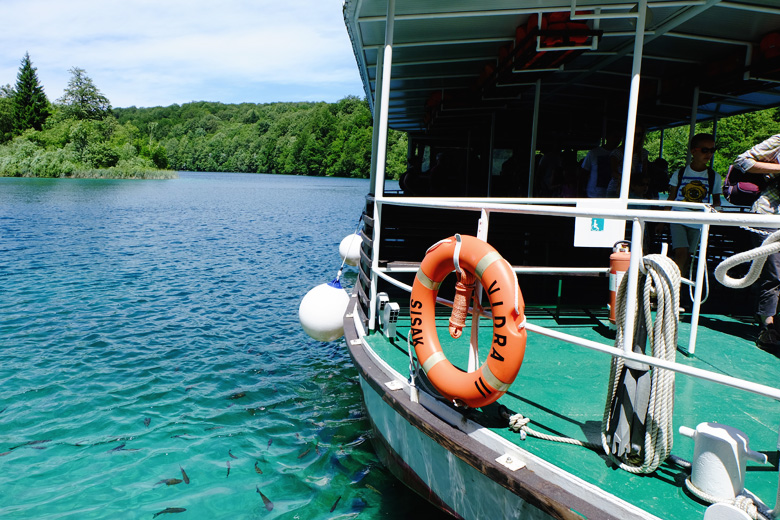 Picking a program for seeing the park

I took Program C, which involves walking, a boat ride, and a highly questionable bus ride (it’s a bus with several cabooses, somehow managing not to plunge off the side of the cliff!).

This route starts in the lower lakes (lower right corner of the map, at Entrance 1) and works counterclockwise around the lakes. The pink line is for walking or the ferry (the line through the lake), and the burgundy line is done by bus. Some people can do this route in 3 hours. I did it at an extremely leisurely pace in approximately 5 hours.

See all the visiting programmes for Plitvice Lakes 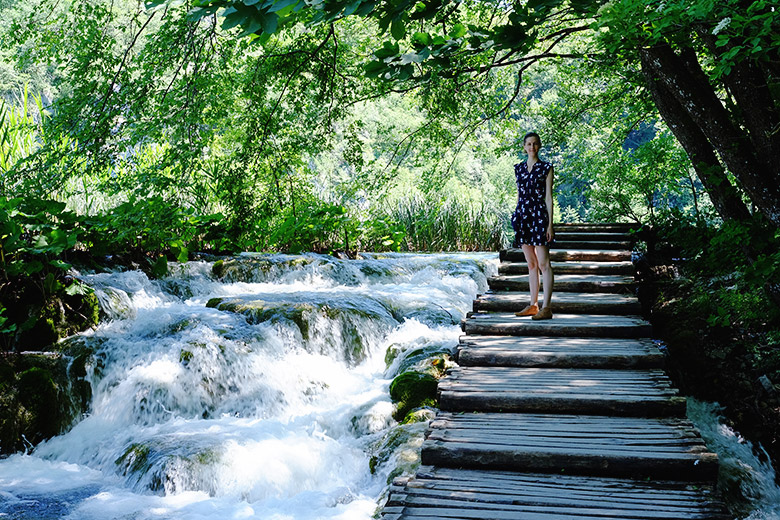 None of the routes require hiking shoes or poles. Any shoes you’d feel comfortable walking around a city for several hours in will also do here. Clearly, I did the whole thing in a dress and not-tennis-shoes. Anything is possible!

I haven’t been to both, but I’ll share some observations from when I was comparing the two: Both national parks have gorgeous waterfalls, but otherwise seem quite different. For many, the distance is a determining factor – if you’re based somewhere southerly like Split, Krka is going to be more feasible from a time perspective. But if you’re in the north in Zadar like me, Plitvice is less than 2 hours by car and a much larger park with more diverse landscape. I mean: lakes, waterfalls, a bat cave?! How can you compete with that. At the very least, I can promise: Plitvice doesn’t disappoint!

Where was the biggest waterfall you’ve ever seen? Which country do you think has the most impressive national parks?

Let me know! I’m already itching to pick my next park ;)