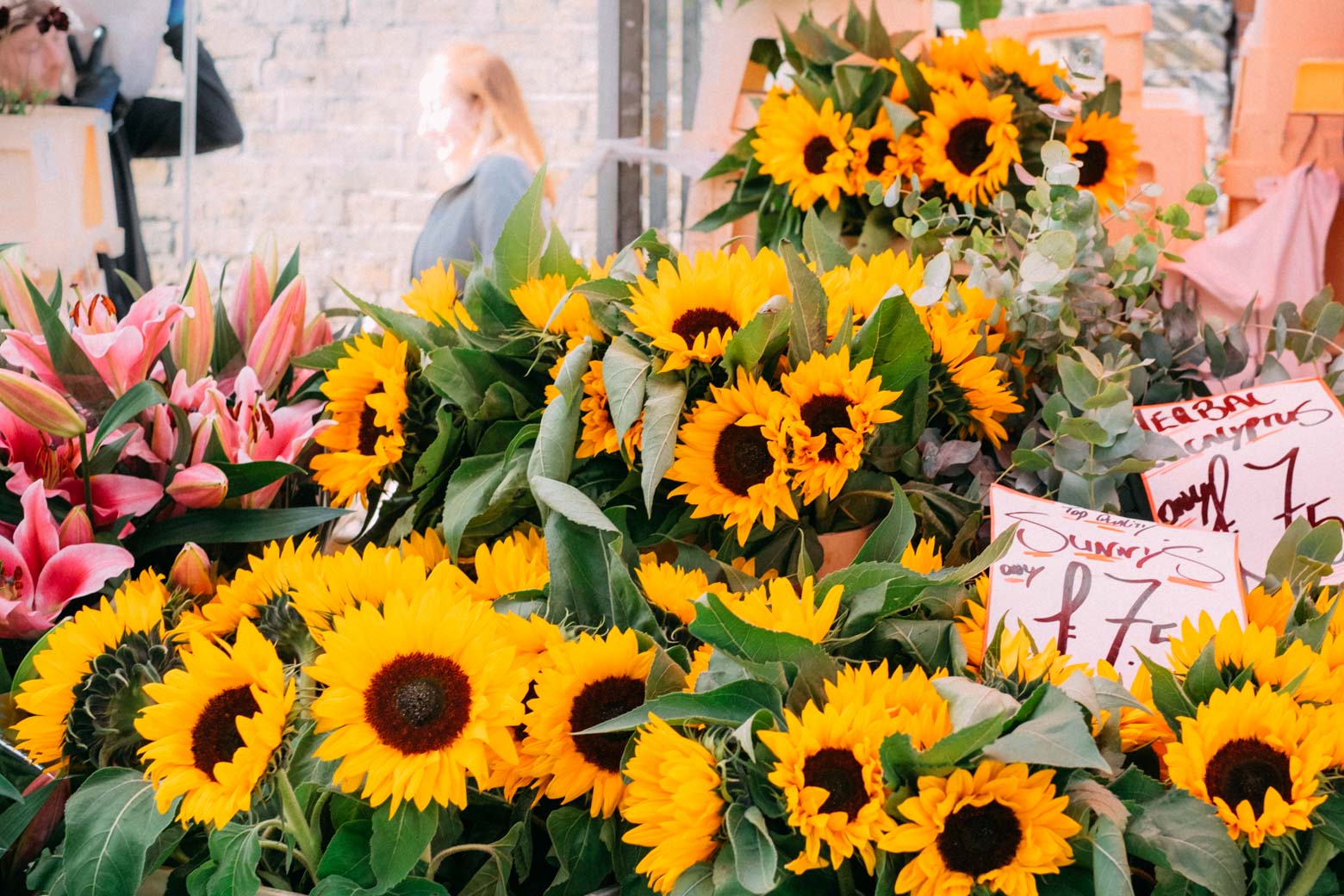 How to spend a sunny weekend in London

It’s cliché at this point, but pretty much anyone will tell you: sunshine in London is about as rare as steak in France (that is, bloody rare, haha!). Especially as gold and organge slowly overtake the tips of the trees and the wind picks up, there is a distinct feeling in the city that winter is on the doorstep.

By this point in the year, Londoners are already donning wooly knitwear and slowly but surely migrating indoors.

Don’t get me wrong – it’s not a criticism. In fact, as someone from the Sahara Sonoran desert, I am an immense fan of the great indoors, and it’s unparalleled ability to shelter me from things like aggressive sunshine and pigeons in general. However, if you’re living somewhere where winter is long and dark (like I am), giving up by September is depressing.

At the same time, how can you be mad when one of the world’s greyest cities gifts you with blue skies like these? 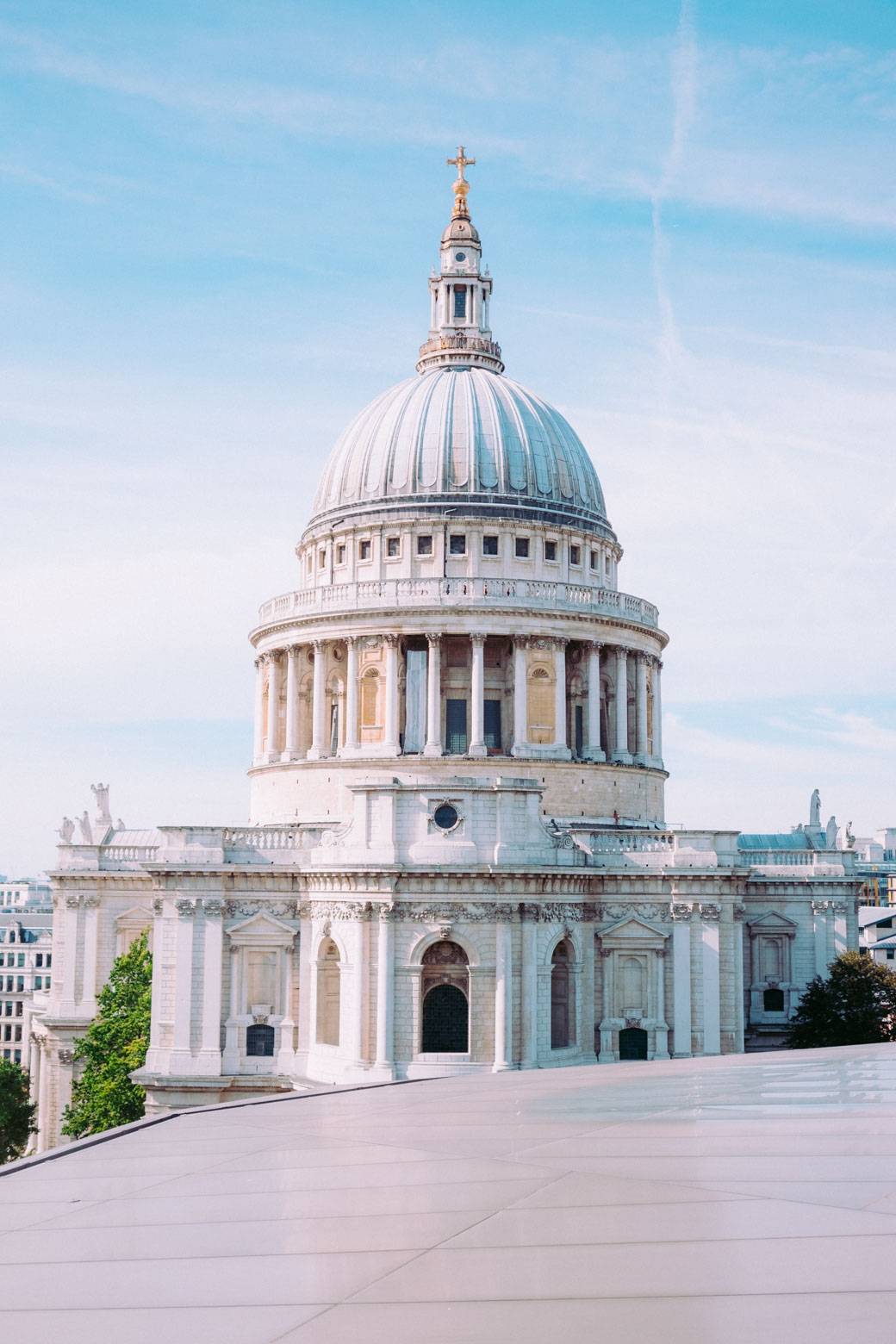 Get this photo: Take the elevator to the top at One New Change, a glass-walled shopping complex. Don’t be intimidated if you accidentally crash a champagne party around brunchtime, it’s totally normal.

Despite feelings that I was entering sweater jumper season prematurely, I have to say that London was good to me. It only rained once, and that was when I was out for a coffee only a few meters away from my office. Plus I had no idea how much money I was spending thanks to the city’s fantastic rate of adoption of contactless payments, so it really felt like a budget trip 😅 If you want to make it even more of a budget-friendly trip, try out some of the best hostels in London .

Things to do in Central London

I was so lucky to be crashing with a friend who’s probably living in the most central location in all of London. Right on the river, minutes away from St. Paul’s Cathedral and Bank Station, it was super easy to get around while staying here.

The city bus is better than the Underground for two reasons:

The only time I think the Underground really makes sense is of course, long distance and if you have the misfortune of needing to get across town during rush hour. Otherwise, the bus is fun (I mean, who doesn’t love sitting front and center on a doubledecker?!). 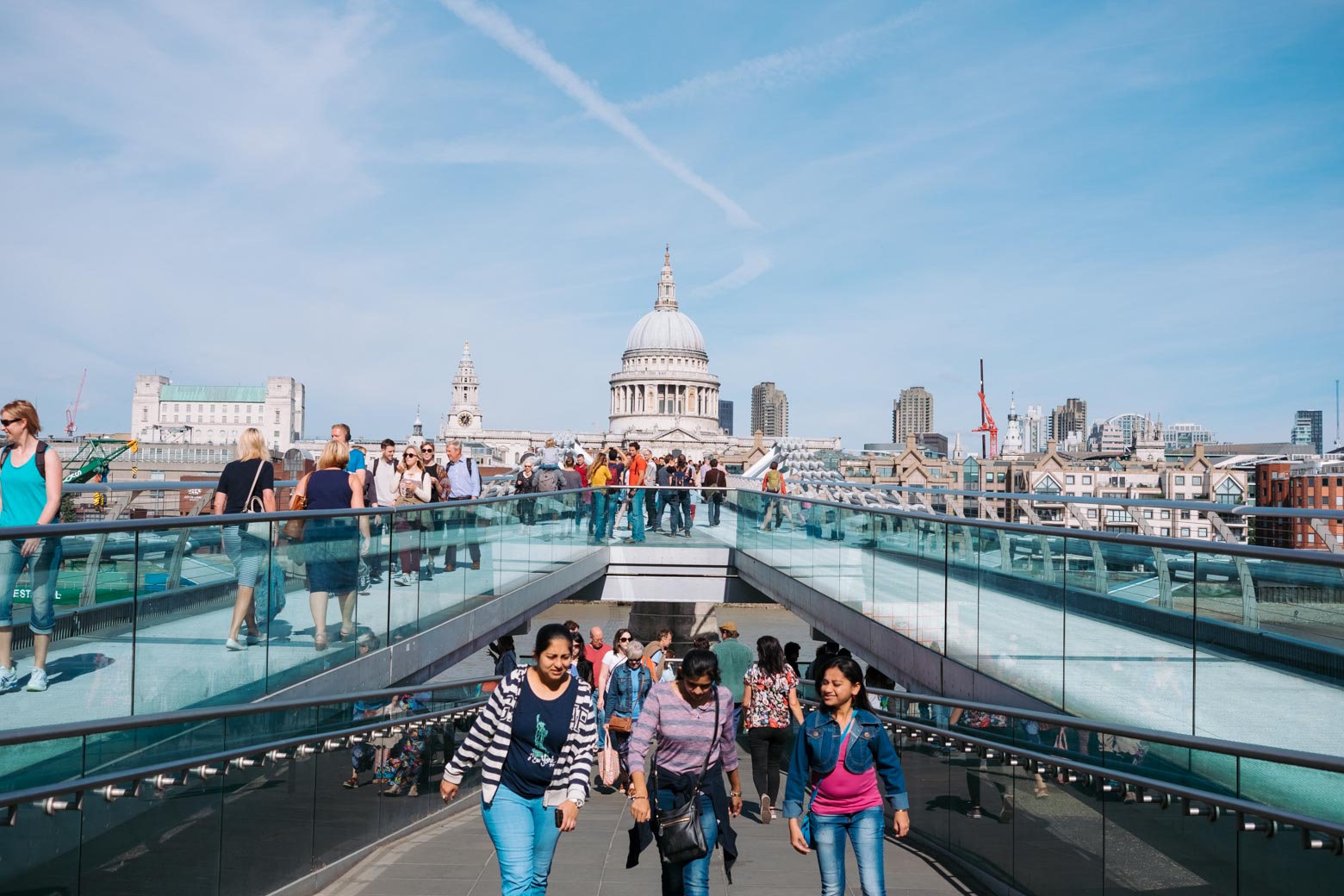 Get a view over Tower Bridge, Tate Modern, and the Shard

This area is home to some of the most immediately recognizable spots that will really make you think: I AM IN LONDON RIGHT NOW. For example, Tower Bridge, Tate Modern, and the Shard. 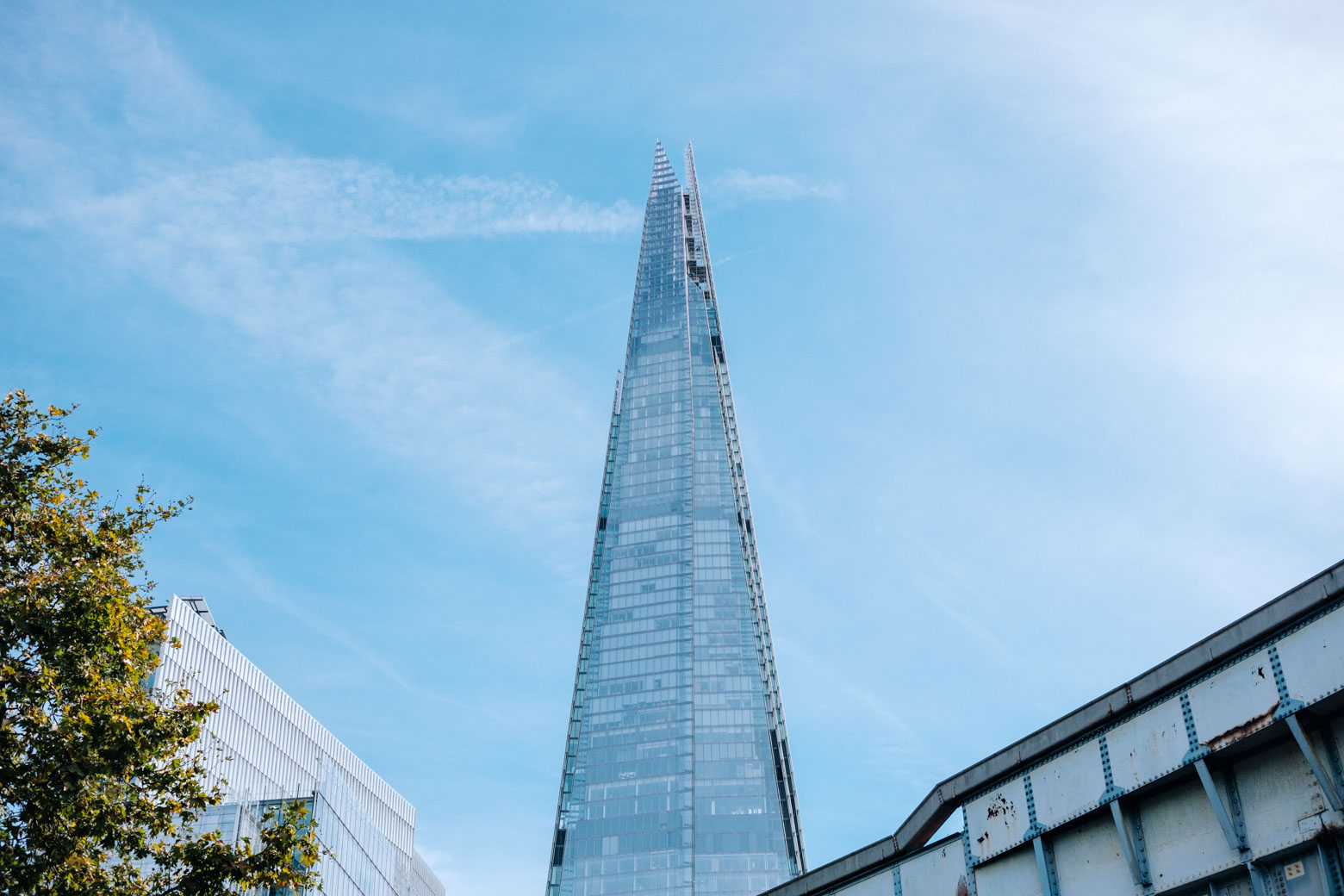 There’s also a street food market in the area called Borough Market, with options ranking from Baltic burgers to paella to tacos, as well as authentic international ingredients for you to take home. But, like everywhere in London, there are way too many people and too few resources so you have to fight for space.

I’ve talked a lot before about what I always dreamed my life in Europe would be like. Normally it involves a Dutch-style bicycle, braids that toe the line between Swiss milkmaid and Princess Leia, and picking strawberries in a meadow.

Well, the Columbia Road Flower Market totally demonstrates how to live out this fantasy as a city girl. Approaching the market, I saw countless beautiful English girls in long billowing skirts with woven baskets full of freaking lilacs in tow. Talk about living the European dream?!

I was in Tuscany in September and the fields of sunflowers were dead and gone by the time I got there. For this reason I was beyond giddy to find a sea of sunflowers at the flower market. 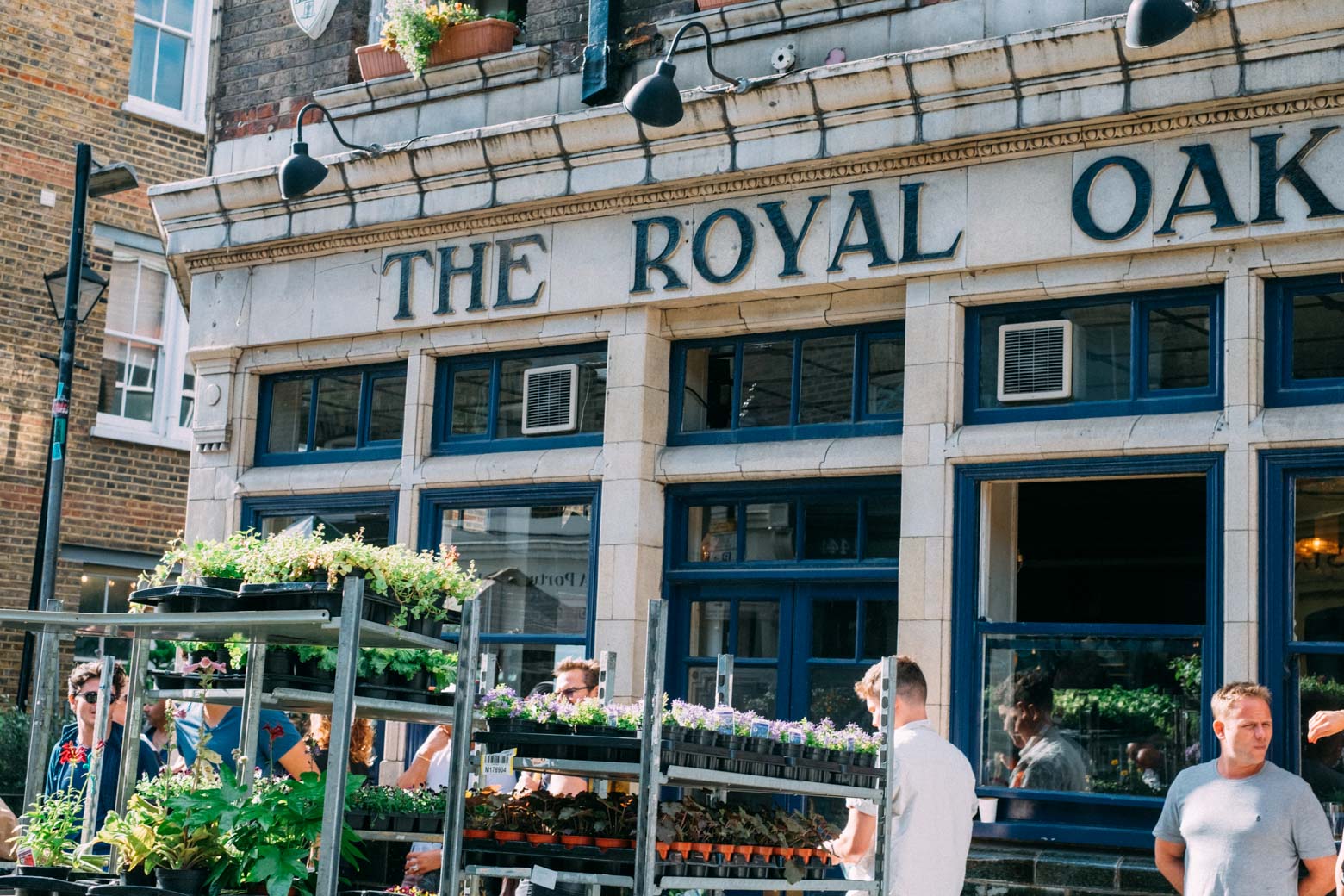 Besides sunflowers, you can find all manner of green things at the flower market: trees, shrubs, cactus and succulents, plants I probably had never seen before. Plus the people working there are knowlegable and will help you pick the perfect plant for your flat (just don’t ask them if they also sell pots – it’s not a thing). 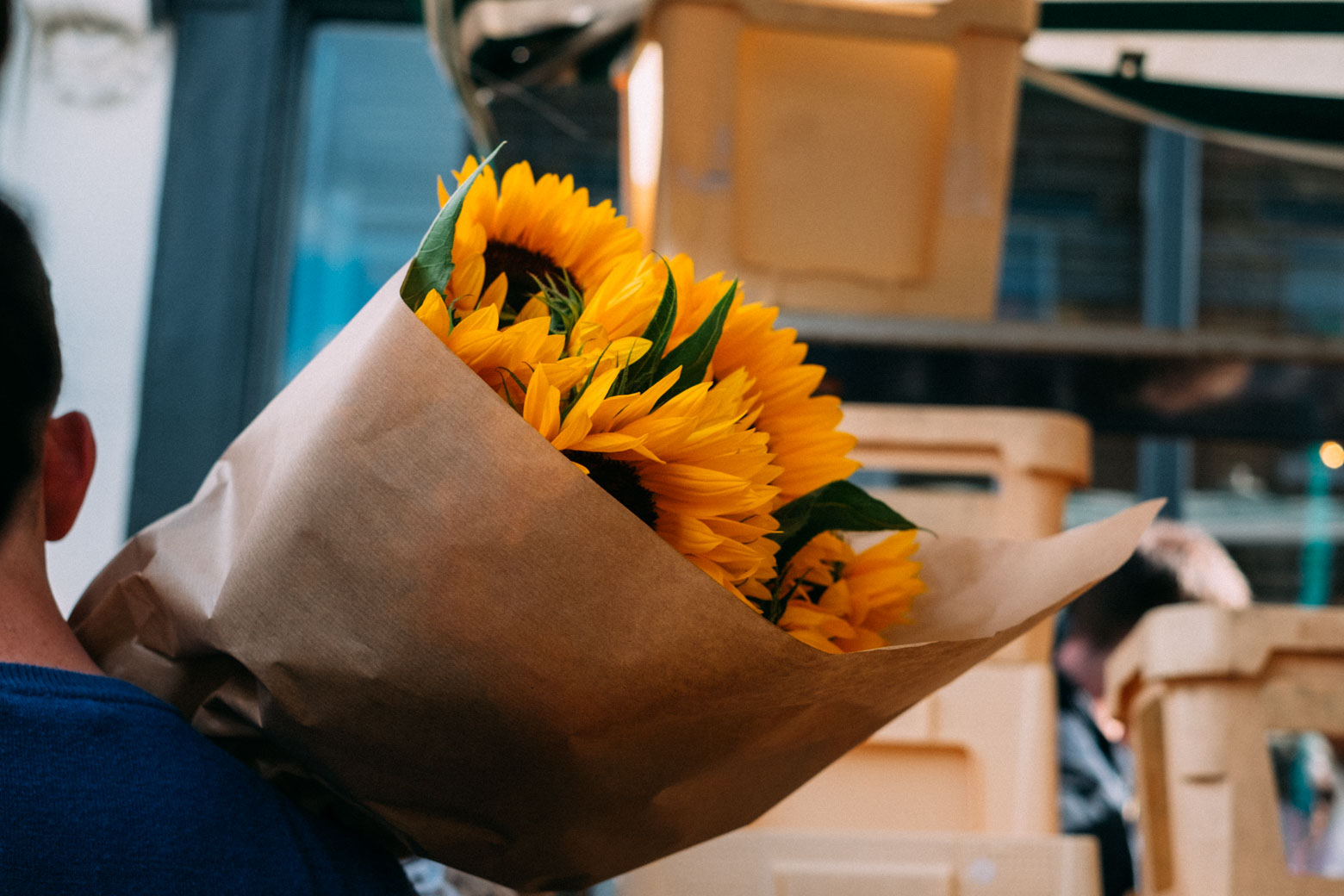 Imagine that instead of a man’s brutish ear and sweater, it were a fair maiden hauling home her sunflower spoils from the flower market. Just imagine.

The next thing I want to talk about: queues in London. Now, I wouldn’t be the first person to jest that you can’t have the real English experience without waiting ages in a queue. But the lines I saw in London were not only long, they were inhumane. On our second of three attempts to eat at Flat Iron Soho, the man at the door cheerfully informed us that the wait would be 2.5 hours for dinner. 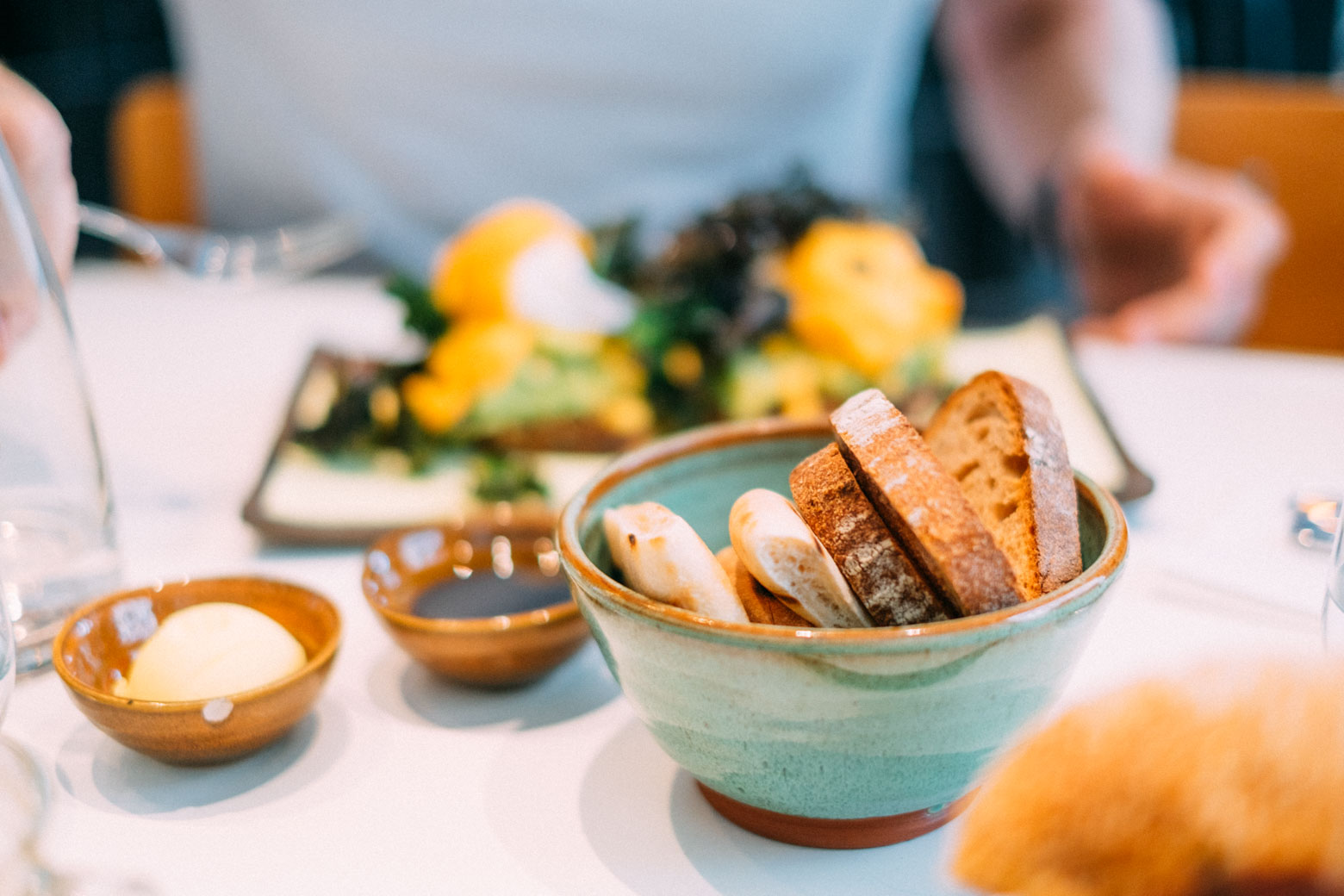 A similar fate befell us while trying to have Sunday brunch at The Breakfast Club. We approached our target with skepticism and were rewarded with…err, being right. As expected, lines out the door. One girl walked past me muttering to herself, “Mother of god…” 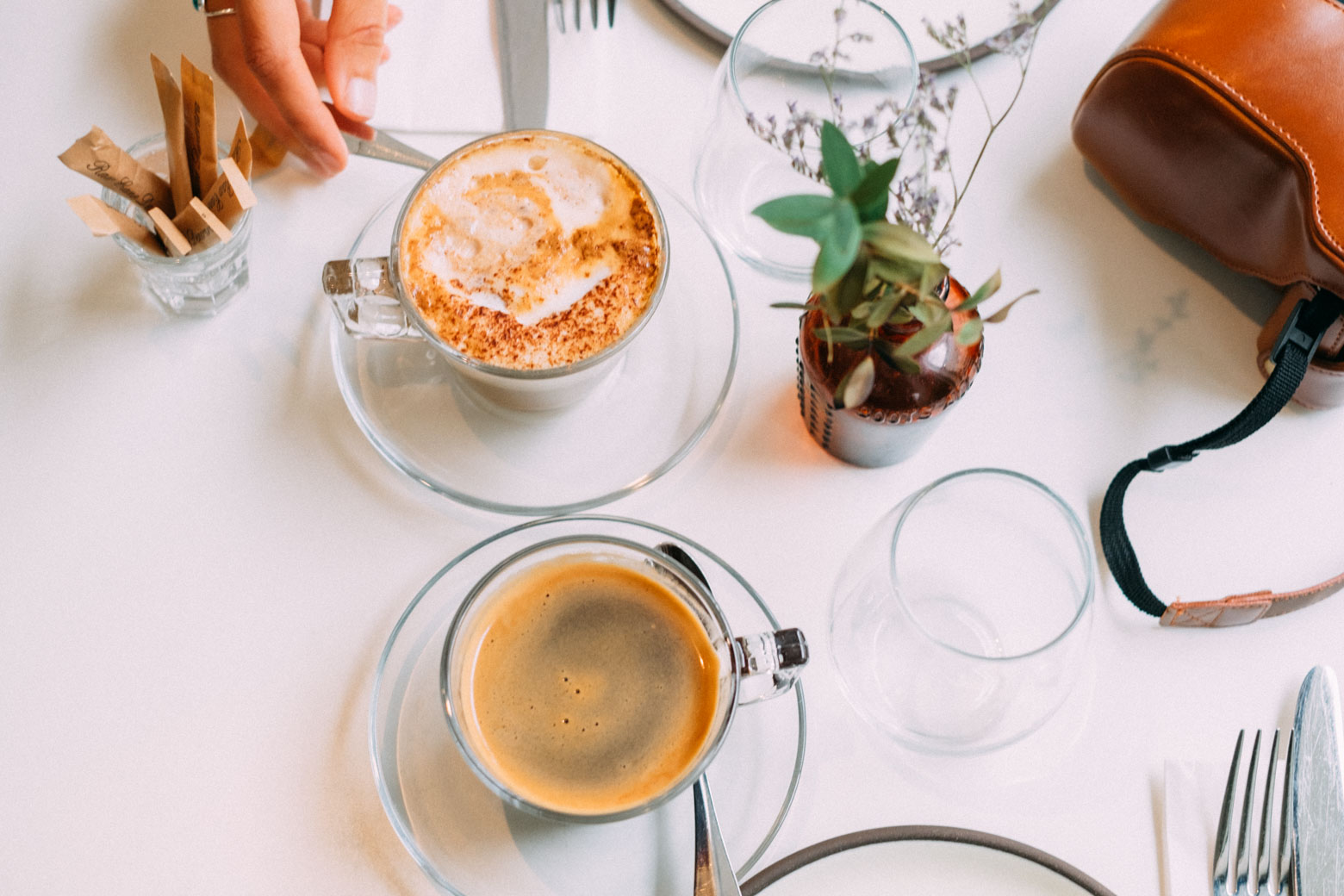 But luckily this forced us to try something totally different: Israeli-style brunch at Strut & Cluck in Shoreditch. Frankly we couldn’t read about half the words on the menu since they were presumably in Hebrew, but I think it worked out deliciously. 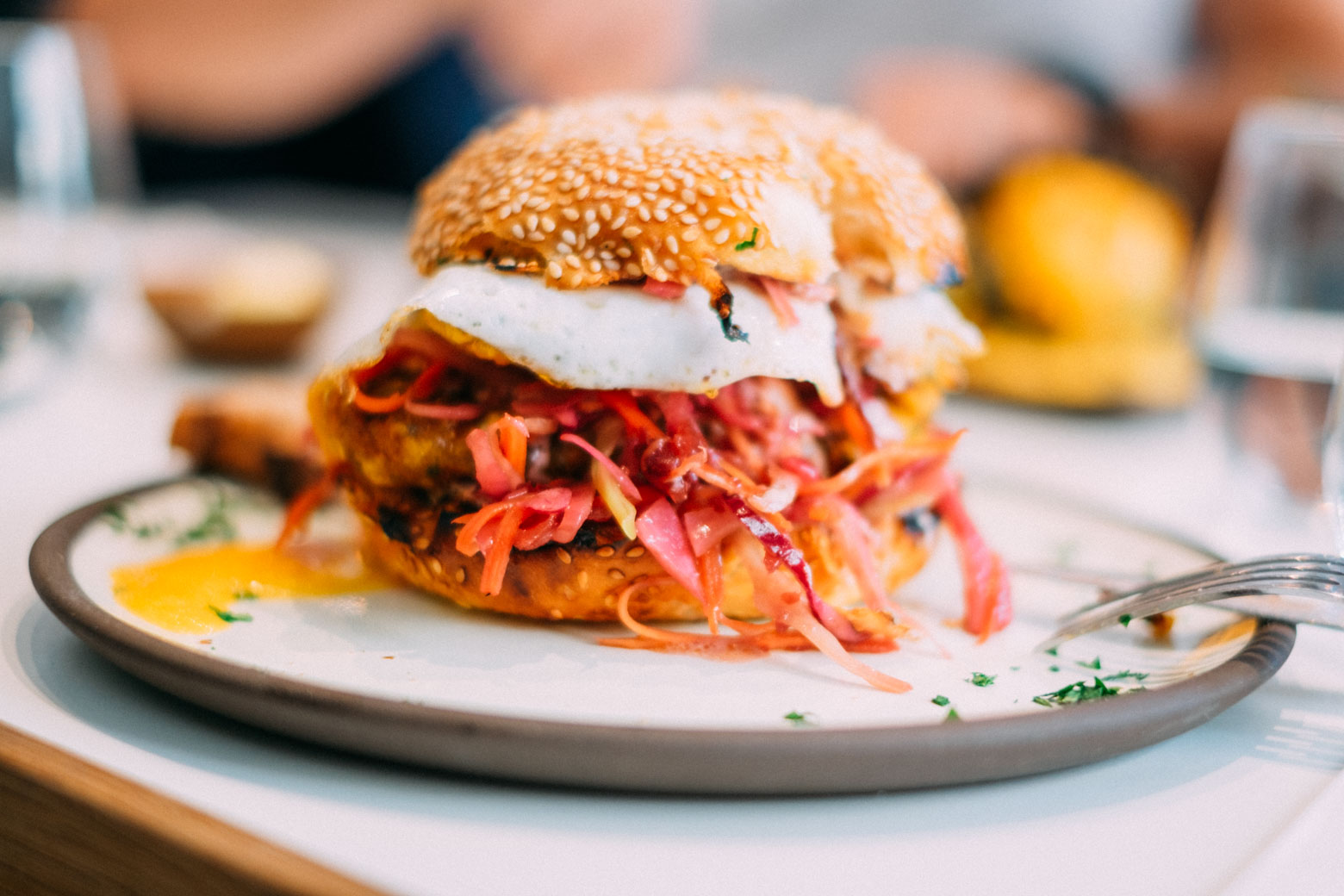 This one’s the “Turkey Bun” – it’s not humanly possible to fit it in your mouth unless you can dislocate your jaw. Fortunately, cutlery was readily at hand.

While in Shoreditch, we also poped by Bricklane Market, a must-see if you’re looking for locally-made goods, vintage cameras and gear, and “artsy” stuff like paisly-patterned prints of wolves.

I’m still trying to figure out exactly what a “soho” is. In an effort to research for this post, I put some searching into the google machine and stumbled upon a couple sentences surmising that “soho” is in fact a hunting cry, and came to name this part of London owing to the popularity of hunting in the area. 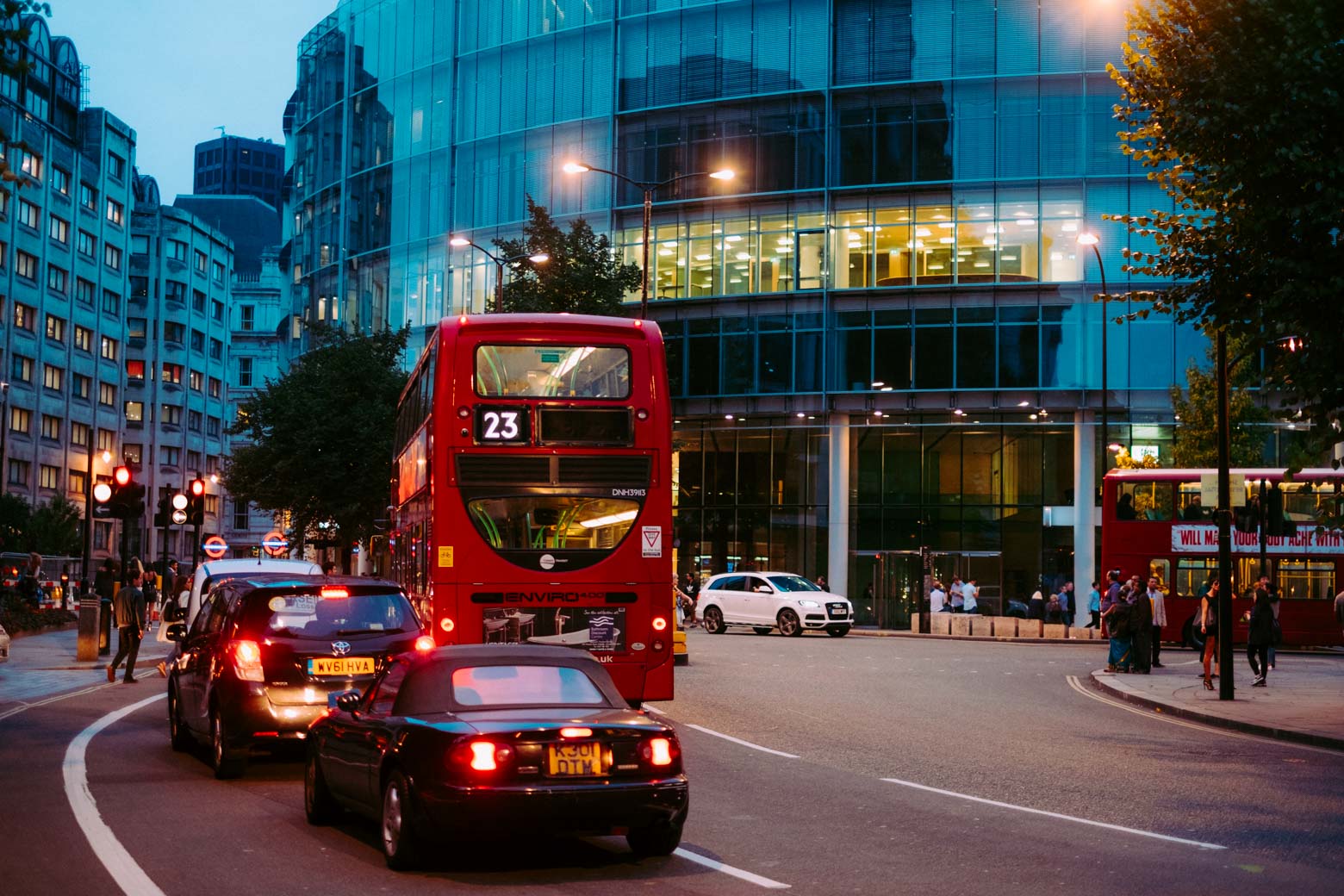 This is not a picture of Soho, but of the way I took to Soho. Busses FTW!

Little did I know how much “hunting cry” would come to represent my evening out in Soho.

Let me explain. A friend and I were wandering around Soho after having some tasty Bryon Burgers (after getting rejected for Flat Iron, naturally) looking for a spot for cocktails on a Saturday night. One of the few places that offered us refuge was My Place – the downside being that the only spot available was next to a table of girls using an inflatable device to have a screaming contest which was punctuated only by more…spontaneous squeals and shrieks of laughter. All we could do was marvel at their lung capacity and try not to focus on the ringing in our ears. 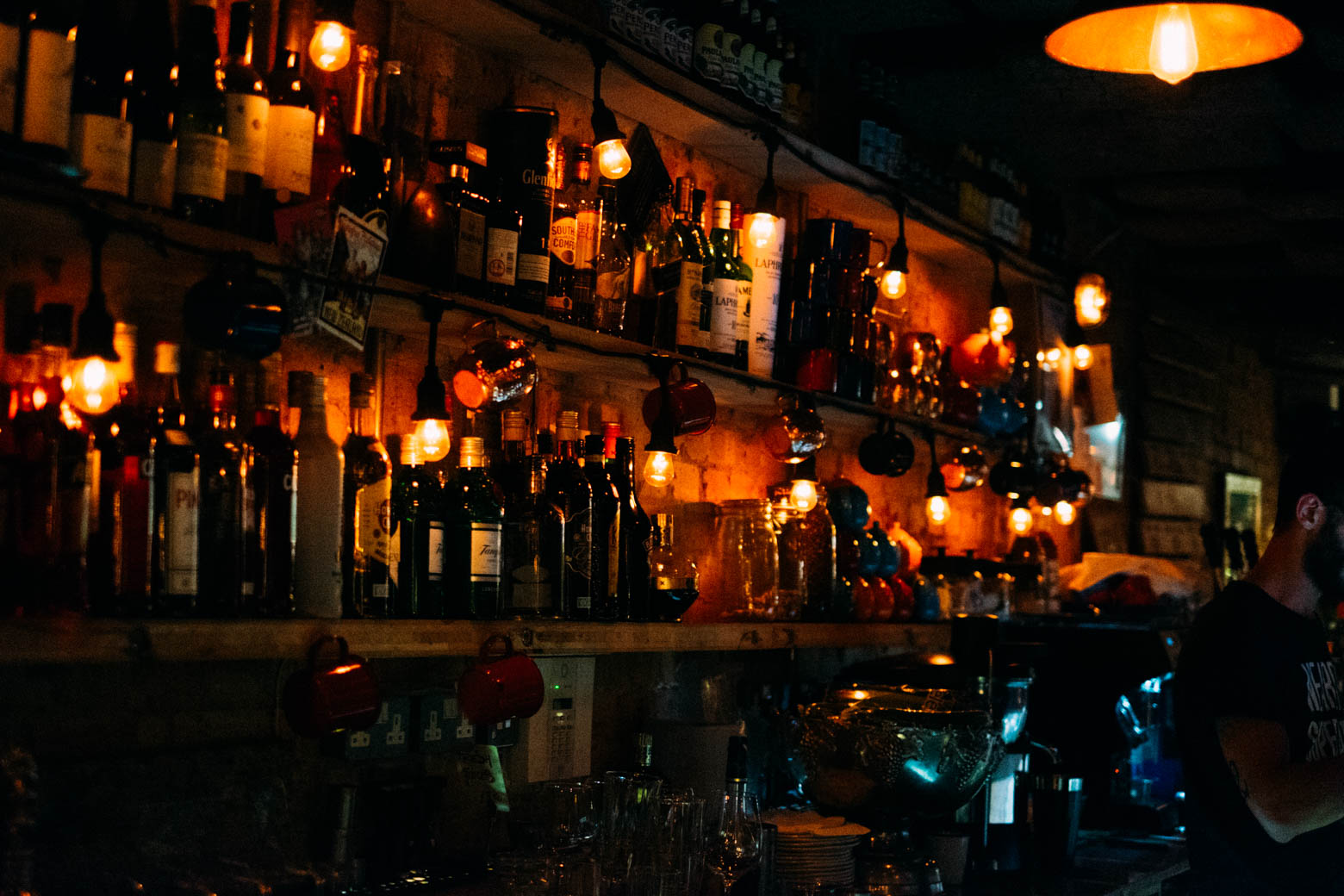 As it turns out, these girls were singers (professional or not, I do not know), which explains why they could make such a cacophony with only their voices.

The staff at the bar fortunately noticed our discomfort and offered myself and my friend double shots of tequila to make it better. I think it worked. 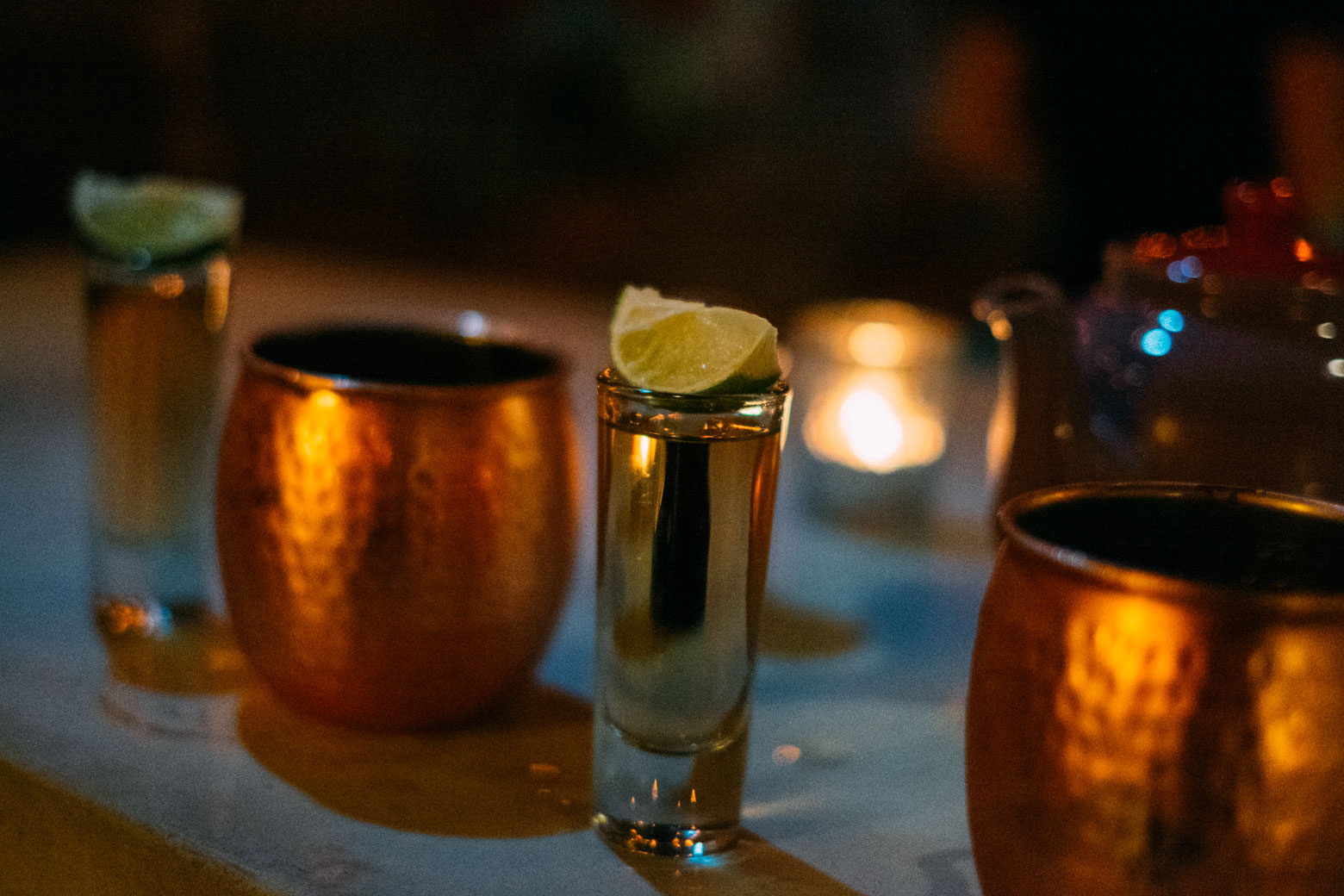 And of course our batch cocktail was served from a tea kettle because England.

In sum, I think London is a really cool place to visit and go out in, but I would have a hard time adapting to the “London walk” of life, as it were: beyond fast and crazy expensive! That’s why having friends who live in London is probably the best way to experience the city – they know everything and you’re mostly along for the ride! 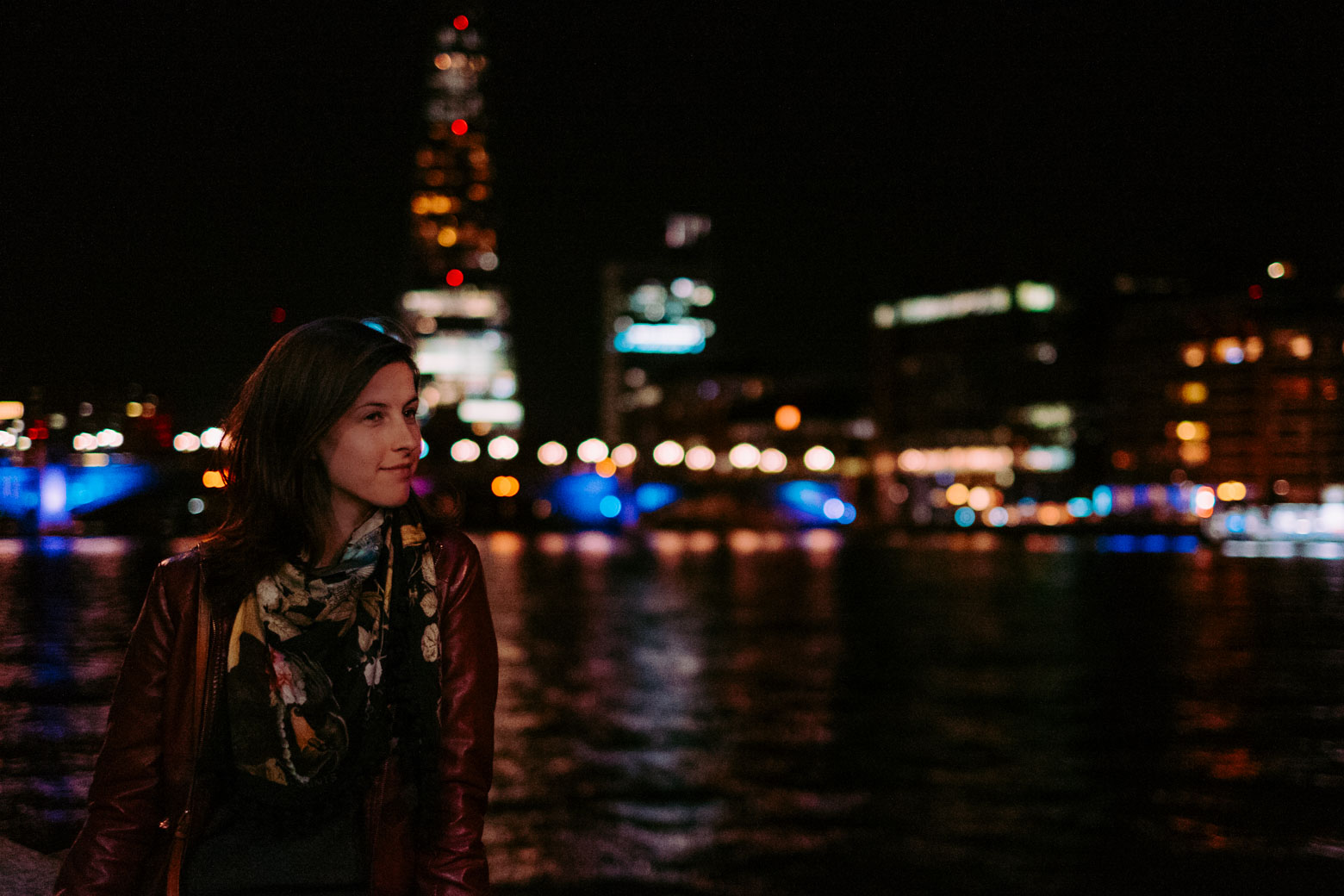 What’s your favorite place to visit for just a weekend? Where do you tend to visit for a shorter time because it’s so expensive?

My spots besides London would be Paris and anywhere in Scandinavia! Share yours in the comments!

P.s. If it’s your first time in England, don’t hesitate to explore beyond London. There’s way more to see than just the capital. For instance, you can check out this guide to things to do in York for a taste of English beyond London. Enjoy!