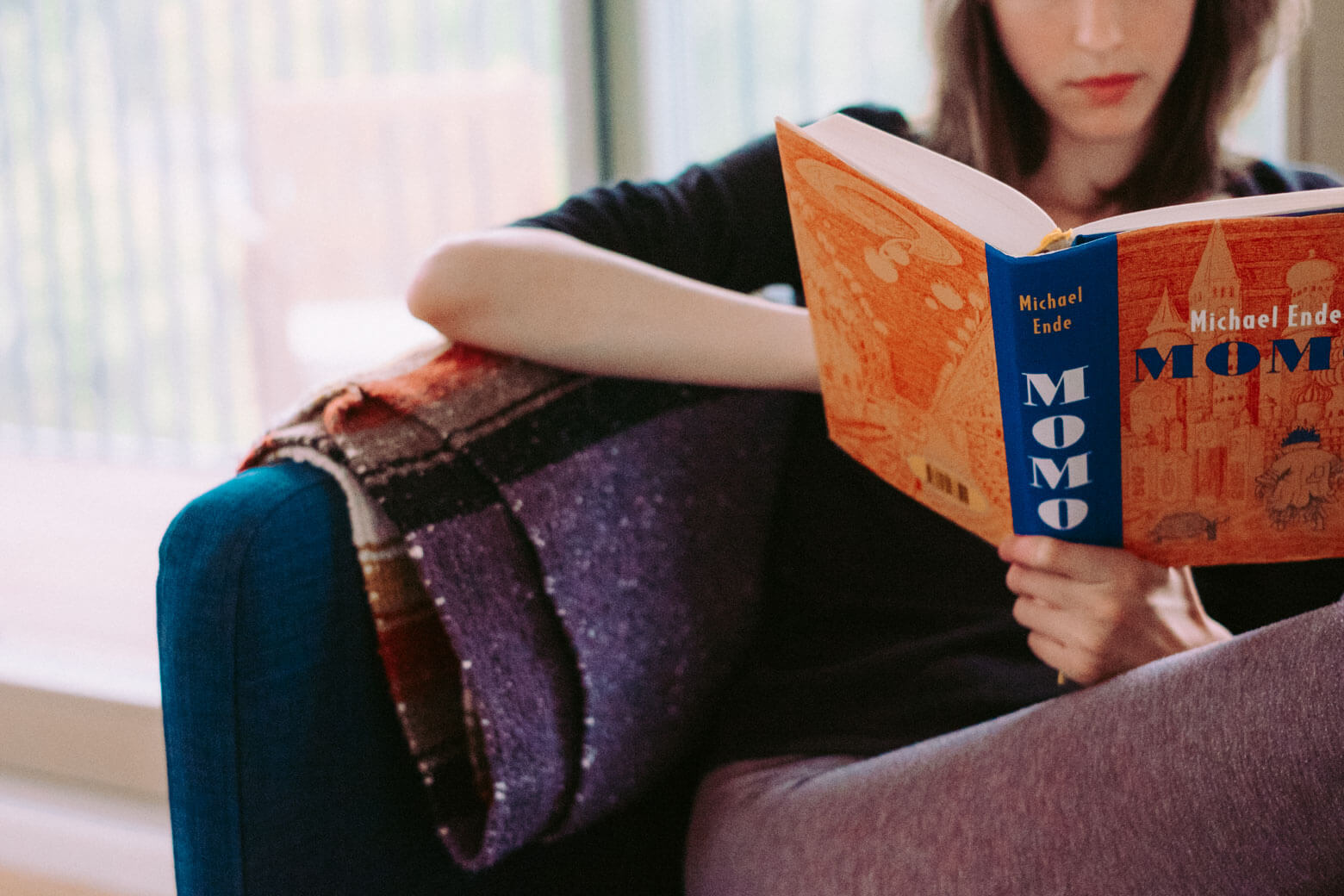 Why working and traveling abroad is good for your career

Moving abroad was one of the easiest things I ever did. Contract in hand, flight and flat paid by my future employer, all I had to do to start working overseas was hand off my lease to my ex-boyfriend (an easy target ;)).

It’s not rocket science to figure this out:

Working abroad is one of the most financially stable ways to travel.

Plus there are other benefits like using a real paycheck to buy that fancy London dinner and not feeling guilty about it for a HOT SECOND. Yes, sir, I will take the lobster and the wine and the tiramisu and any other thing on the menu that you deem fancy. Thanks.

But when I took the job it wasn’t actually much about the job itself – it was about getting to Europe and funding my travels in a super sustainable way. At the same time, I probably wouldn’t have taken a job teaching English or working as a line chef – I work in tech, and building a solid work history, receiving mentorship, and learning from real live colleagues is very important for me to actually grow in my field. The good news is that there is no compromise.

What I slowly realized though is that, in fact, moving abroad has probably been better for my career than moving anywhere else within the United States. It’s not just soft benefits like quality of life, but real, tangible benefits that I can bring with me anywhere, even if I don’t settle down in Germany for good.

Here are some of the ways that can benefit practically anyone’s career AND give you the means to live your travel dreams.

Let’s start with the obvious one first, shall we?

Learning a foreign language is one of those raw skills that you just won’t perfect until you leave the country. Still nursing some gradeschool Spanish or dreaming of adding “Fluent in French” to your resume résumé? There is no way to really accomplish this than to move abroad!

Will knowing a foreign language help you day-to-day in a job in the United States or other dominantly anglophone countries?

Probably not, but I’ll tell you this.

When you meet someone who is from abroad and you speak a common language, whether it’s his/her native language or not, there is an instant connection. Suddenly you and that person have something special in common that no one else in the room has – which can be a very powerful thing if that person is an influencer or decision-maker.

As it turns out, about 31% of CEOs are bilingual and about 20% are trilingual. Now the question is – are they CEOs because they speak other languages, or do they speak other languages because they’re CEOs? Either way, as business becomes more and more global and your grandma can sell her jewelry on Etsy to anyone on the planet, being able to communicate with people from a different country from you can only make things easier. 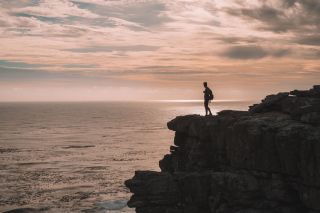 Being an expat is a huge priviledge, and something it's easy to take for granted. Here are some the New Year's resolutions I want to encourage us all to embrace in 2019 as part of being global citizens!

You heard me right NETWORKING. Most of us hate it, but…

Luckily it’s something that comes for free when you’re working abroad in an international company.

For starters, your coworkers will originate from all sorts of exotic lands – and chances are, they have childhood friends or longstanding connections in their hometowns. If you’ve dreamed of Paris or Cairo or London, there’s a decent chance that someone in your company would be happy to help you move to their awesome city.

Furthermore, you will eventually know people who moved to all corners of the earth for their next adventure after working with you. This is a great way to test the waters if you’re thinking about relocating but aren’t quite sure where or how. Follow in the footsteps of a former colleague and you can really take the easy street.

Last point – as anyone will tell you:

Personal references are possibly the strongest factor in helping you land a job.

Of course it depends on the klout of your reference, but there are few bullet points on a piece of paper that can beat someone describing you as, “Brilliant to work with”!

Creating a global network is possibly the best way you can keep your career abroad and see places you’d never dreamt of.

Not living in San Francisco or New York City during your twenties doesn’t mean that you can’t get similar work experience somewhere else with dramatically lower costs of living. It just means you’ll actually take home more of your paycheck after rent, groceries, transport, and a myriad of other costs that you probably just don’t have.

There are a lot of cities in Europe that have living costs that are just as high, but others that are astoundingly low and still offer fantastic career opportunities. Working in finance or business? Consider Frankfurt over New York. How about tech? Berlin or Amsterdam over San Francisco.

In all of these places, English is widely spoken and you’re likely to find international companies that are welcoming to foreigners.

In some countries, you can even make more than you would at home in the same profession. For example, teaching English in Toyko, Seoul, or Dubai can earn you a pretty penny with the right audience.

Saving money allows you to focus on other things.

Freetime can be spent on side projects, business ideas, and learning new skills, rather than seeking a second job or just plain stressing out on how you’re going to make $1,200 in rent. It also doesn’t mean you can’t move to into the big leagues later on. Once you’ve benefited from the next point… 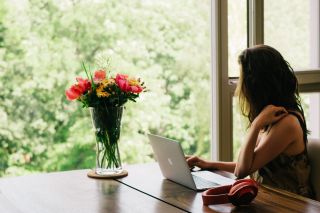 15 Careers That Let You Travel (and how to get started)

You don't have to settle for a side gig! These 15 ideas for jobs that let you travel are a solid foundation for a location-independent career.

4. Fast-tracking your way to a higher position

How many years does it normally take to take on a role in leadership or management? This might happen sooner than you think, when you’re the big fish in a little pond abroad.

But what exactly makes YOU the rainbow fish in this scenario?

Here’s one way this is happening today:

A recent survey showed that more British women are using expat posts to fast-track their career. They earn experience abroad and then have the choice between pursuing more exciting international positions or returning to England and continuing their careers there (but with a boost in status ;)).

READ MORE: Global migrants: Which are the most wanted professions? (BBC)

5. Adapting to change and taking chances

There is nothing like moving to another country like forcing you to adapt like crazy. What you eat, how you dress, how you interact with other people – you have to learn to take things in stride and get used to life happening different than you expected.

How does this help your career?

First, you’ll learn how to interact with different kinds of people. Whether it’s a quirk or a cultural difference, being able to adapt your behavior to the personalities of other people helps immensely in collaborating with others.

Second, knowing how and when to adapt to changing requirements in the workplace something I think people mostly learn from being in their field for a long time. Moving abroad and having to adapt constantly can speed this process up.

Take it all in stride and see how the world adapts to you! 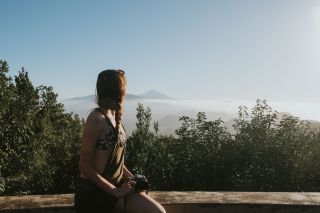 How Much Money Do You Need to Move Abroad to Europe?

How much money do I need before moving abroad? This is one of the first questions many aspiring expats ask themselves, and the answer might be different than you think!

Have you ever considered moving abroad for work? If you could work in any city or country, which would it be?

For a long time, my dream was Paris but now I am really starting to enjoy living in an apartment that isn’t the size of a shoebox. How priorities change! Leave your thoughts in the comments!