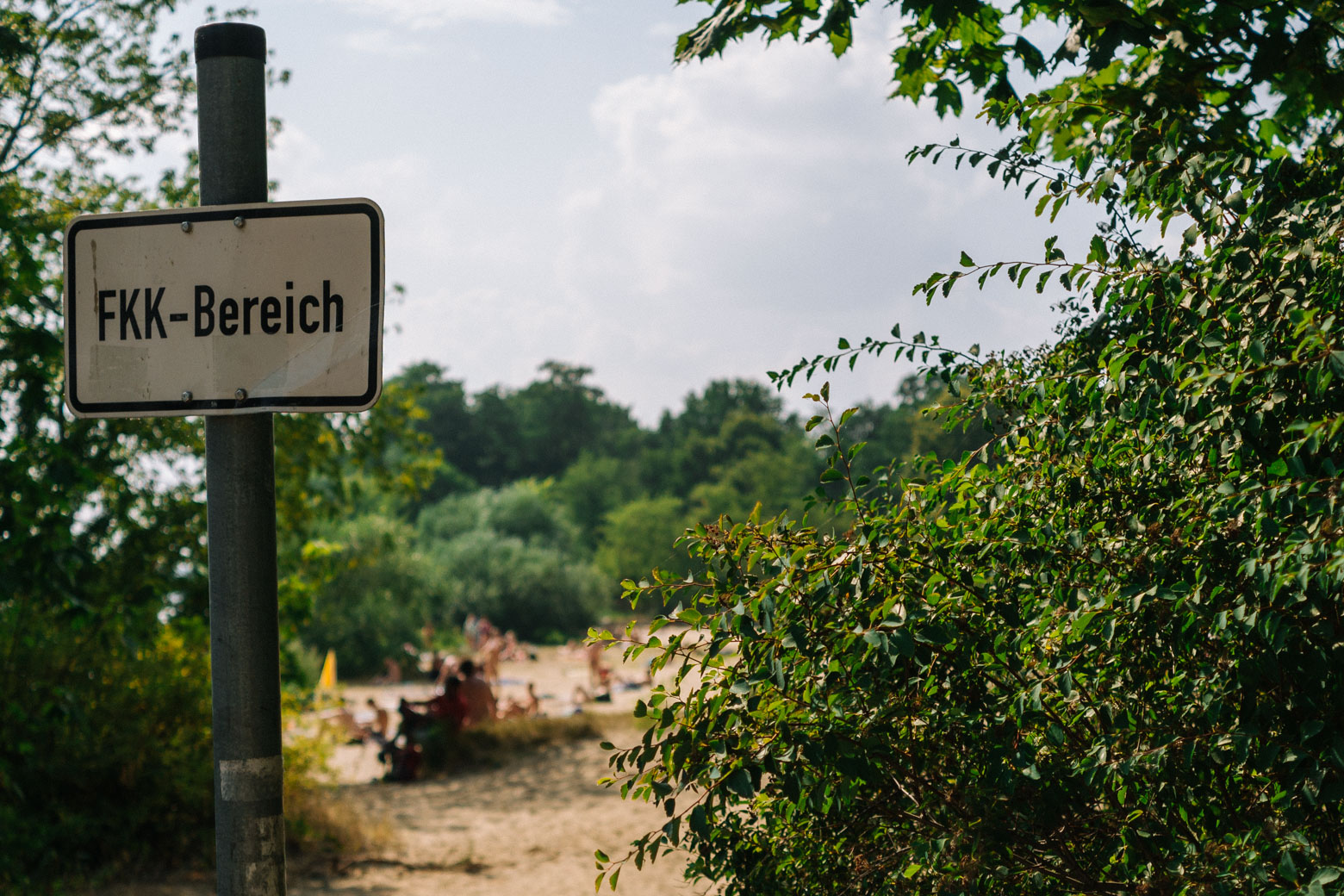 I think it’s safe to say, the Summer is a sort of holy experience for the Germans. As soon as the sun escapes the clouds, the city’s parks are populated to maximum capacity. Lines for an ice cream cone last twenty minutes in the sweltering sun. Debates begin over which lake is most suitable for a picnic (and whether swimming in the Spree will really cause you to sprout an extra toe).

German summer is a wonderful, glorious thing. Let me show you how.

1. Start wearing “short pants” as soon as the threat of snow is over

Short pants, a literal translation of kurze Hose, start to appear sometime in the Spring. It may be 50º F degrees outside, and the Germans are already out in their short pants.

I mean, who can blame them? We’ve been wearing long underwear for months, and our shins want to be as the wind. Only problem is that the wind is still very very cold until late May.

My understanding and appreciation of ice cream has evolved since moving to Germany and eating it almost every. single. day. in the summer months with my colleagues. Here’s what I’ve learned about ice cream in Germany. 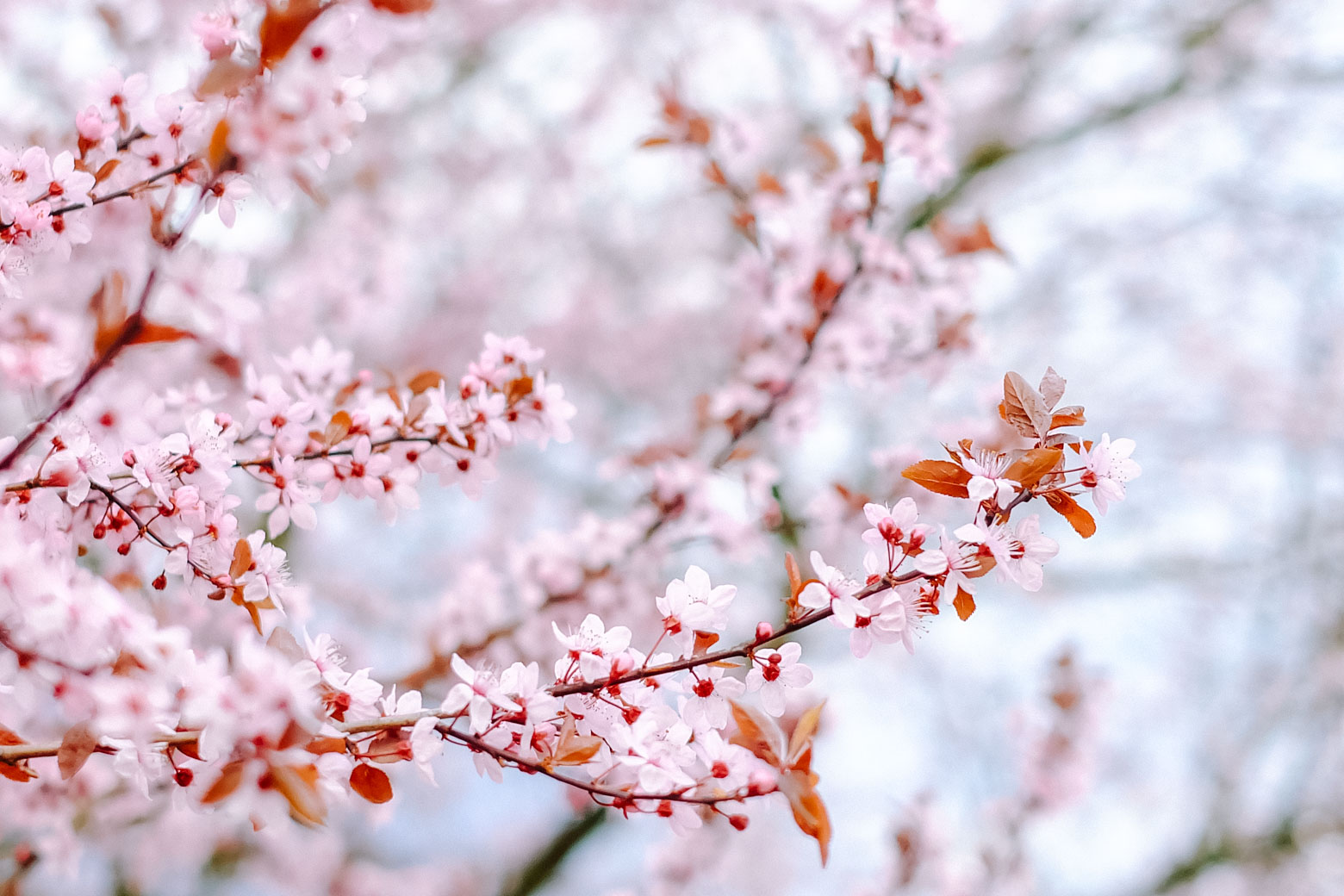 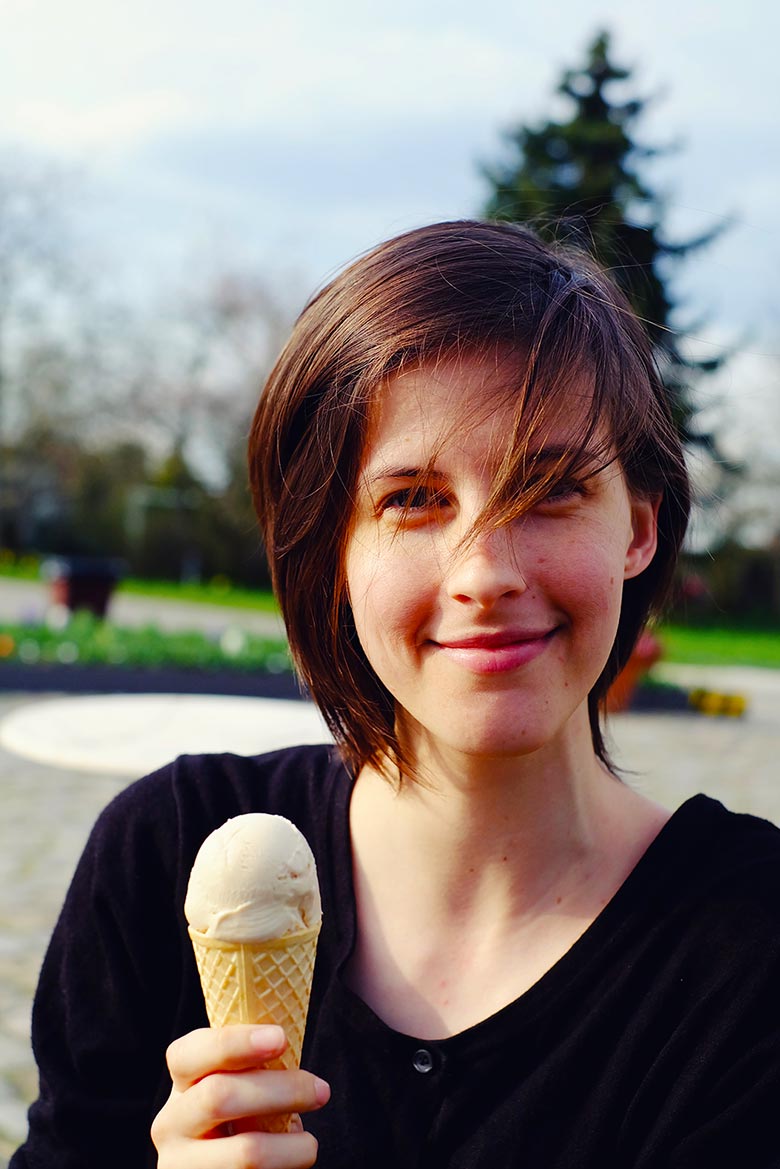 It was still pretty cold when I had this ice cream. Britzer Garten

Some tips on ice cream in Germany

The appropriateness of ice cream is dictated by the time of year, not the weather. Walking through wind or rain should not be considered a deterant, but merely a challenge to overcome.

An ice cream cone that costs more than 1.50€ is very expensive. Plus there is probably a very, very good (cheaper) ice cream shop just down the street. For further proof, check out Stil in Berlin’s ice cream guide.

Go for the pistachio Ok, this one normally violates the 1.50€ rule (because all the pistachio in Berlin is fairtrade for some reason).

3. Start living on your balcony, no matter its size

Moving to Germany, I had to adapt to the idea that people don’t have yards. In Tucson, you get to live in your own little casita with a small yard, with which you can do whatever you want. In Germany, you are packed into apartments and generally have a balcony that is just big enough for your herbs and a dying tomato plant. Not that I’m speaking from experience… 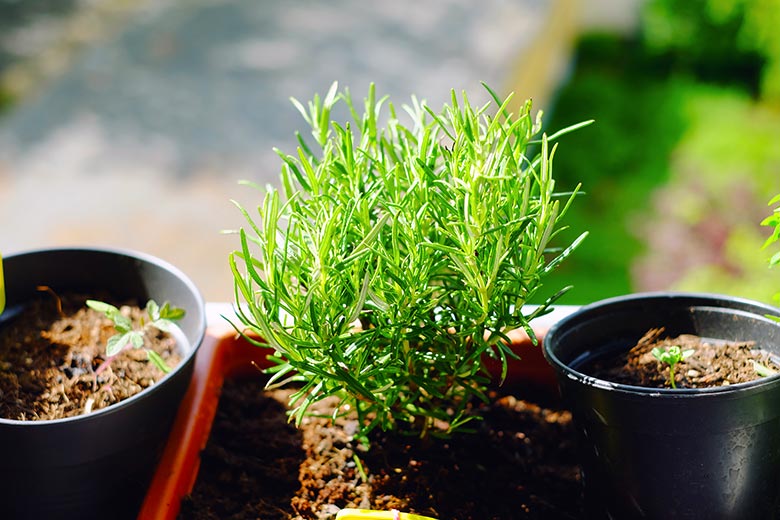 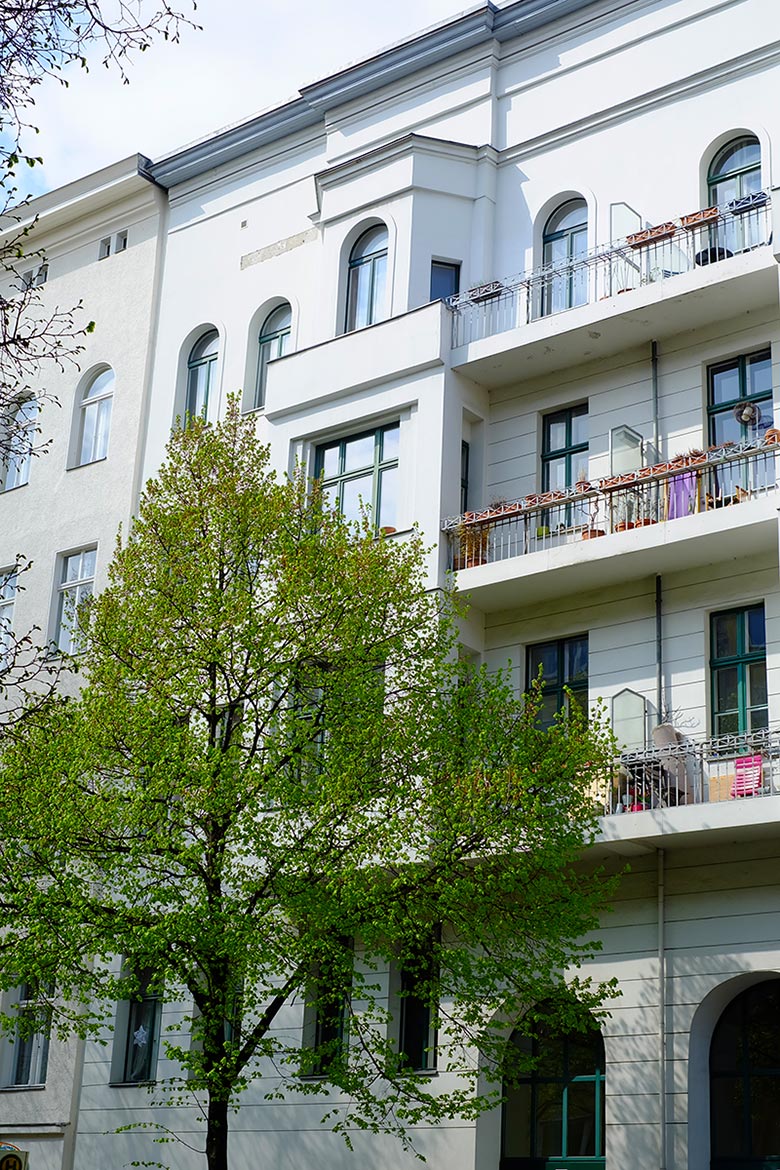 Some ways to get the most out of your balcony

Eat every meal on your balcony Good thing you definitely have a set of outdoor furniture from IKEA, because it’s unthinkable to have a meal inside during the summer.

Work from your balcony No matter that it’s too bright to see anything on your laptop, you have to work and you have to be outside, so that’s just the price you have to pay.

Start a balcony garden Yes, that Basil plant you bought at the grocery store totally counts.

4. Get a really shitty barbecue and go to the park

Any time you can peel yourself away from your balcony, you’d better be heading to the park. The park is the German weekend destination in the summer. 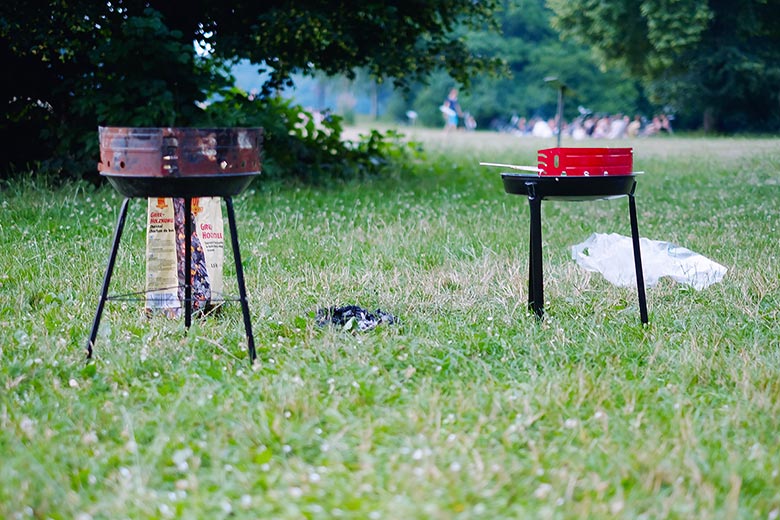 In reality, these barbeques are a fire hazard. They are ready to collapse as soon as no human is within five feet of them. (Volkspark Hasenheide)

5. In general, just live at the park 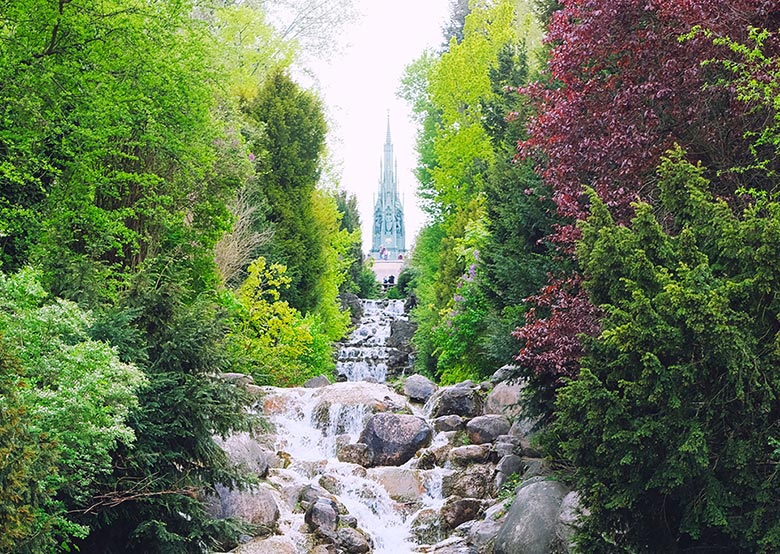 In my opinion, the most beautiful park in Berlin. Viktoriapark

The park is the perfect location for a wide variety of German summer activities. For example, tanning naked or letting your children run around without clothes on. The manifestation of Freikörperkultur (Free Body Culture) is especially evident in former East Germany, where every day in the city parks, people are liberated from the burden of tanlines.

7. Get thee to a biergarten

Beer gardens are typically only open when they deem that it’s warm enough to sit outside and have a beer. Meaning, they often don’t open until the end of April. Now that we’re in mid-May, you can safely enter any biergarten without fear of rejection! 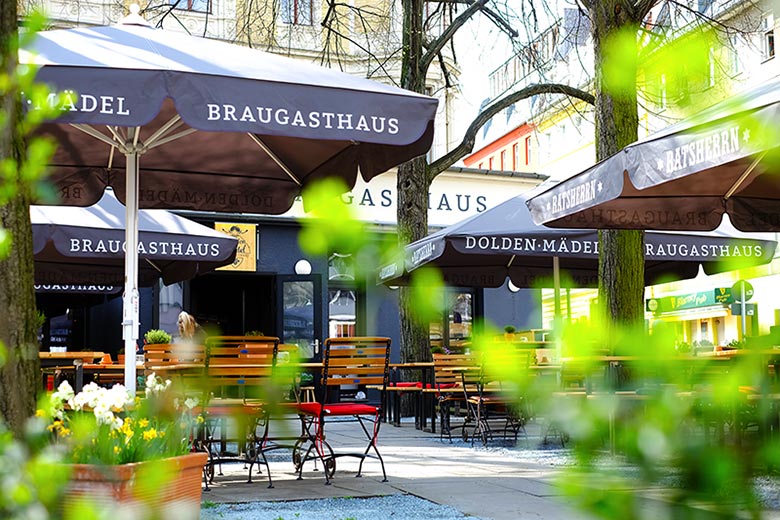 Do you love camping? Do you love sick beats? Do you love not having to shower because everyone else isn’t doing it either? Well then a music festival might just be the feather in your German summer cap.

Every summer there are numerous indie and electronic music festivals, some of which are so popular that you have to enter a lottery to get tickets.

Air conditioning is practically unheard of in Germany, despite the fact that you do reach temperatures of over 100º F. However, if you suggest air-conditioning or even a humble ceiling fan to a German, they will likely recoil in disgust at the thought of wasting so much energy to run such a thing.

Germans also apparently believe that Americans use air conditioning instead of ever opening their windows to let in fresh air, so there’s some kind of additional preturbation on top of the energy issue.

Don’t worry though, you can sweat a bit less if you follow the previously mentioned “Be naked” rule.

For beer purists, the Germans sure do mix their beer with a lot of foreign substances. For example, you’ll find bottled mixes of Hefeweizen and grapefruit juice in any given supermarket. But the one mix that I can’t knock the Germans on is a Pils mixed with carbonated lemonade. 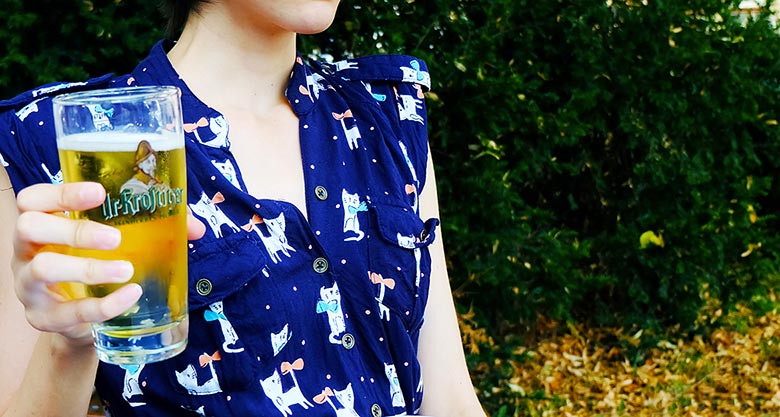 Light, refreshing, and hydrating, the Radler is my summer thirst-quencher. You might be tempted to think that a Radler is more of a ladies drink, than that of a man. You’d be wrong.

Are you convinced to spend your summer in Germany? Get thee to a garten!

A cyclist abroad: 10 bike culture differences between America and Europe