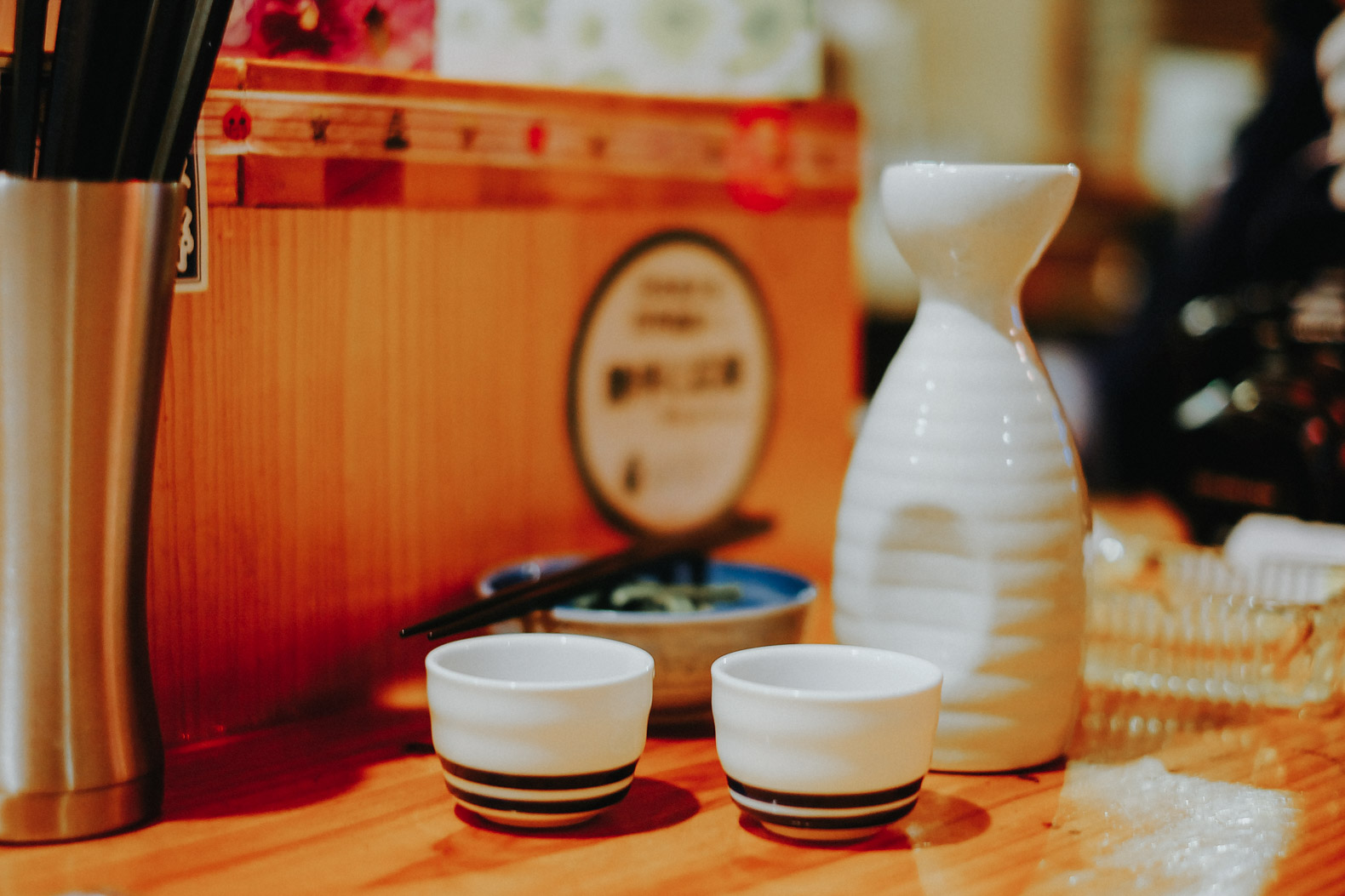 The act of drinking sake has to be one of the funnest ways to imbibe. They give you a tiny cup and a tiny vase of a steamy hot liquid that makes you feel toasty…on the inside. Chances are you’re also eating something delicious, like Japanese bar food (which rivals an actual meal) and drinking a beer on the side. I. love. it!

Enjoying sake in Japan isn’t rocket science, but there are a couple of things you need to know to “do it right” — not only to avoid making a cultural faux pas but also to enjoy sake the way it was meant to be.

Like most things in Japan, sake is made from rice. You’ve probably heard sake referred to as “rice wine”, but this is a bit of an oversimplification. To be pedantic, sake consists of fermented rice, koji (rice malt or yeast made from rice) and water.

Sake and bar food, a match made in heaven. (Kadare Yokochō 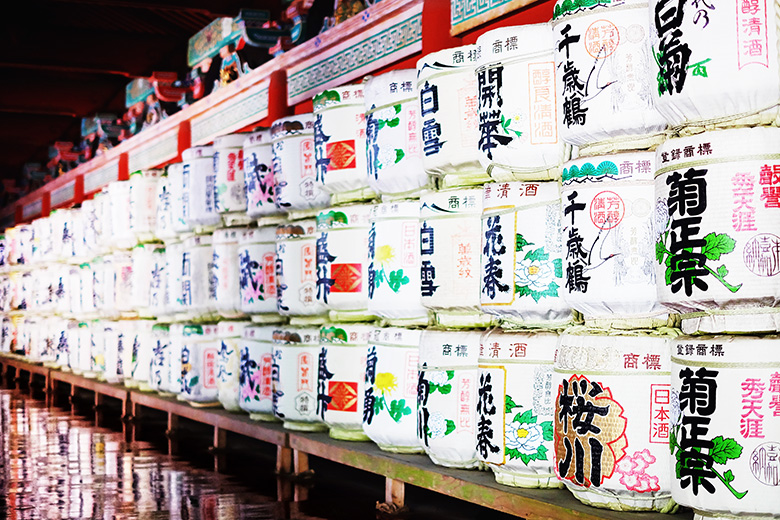 Sake is brewed in barrels, like many other fermented beverages.

You could say that hotto sake is the de facto way to serve sake in the western world. Typically, the server asks you, “Would you like your sake warm?” And you reply, “Yes, of course!” However, in Japan it’s not so straightforward.

For one, the very best sake is not meant to be served hot, as it masks some of the drink’s subtle flavors. Further, the Japanese prefer to drink their sake cold in the summer and warm in the winter. So when you’re deciding what temperature to have your sake at, you can ask the simple question: Is the sake fancy? Or is the weather freezing? Foolproof!

Where can you drink sake?

Sake breweries commonly identify themselves by hanging a bundle of cedar fronds in front of their establishment. Don’t ask me what exact a frond is — it looks like this: 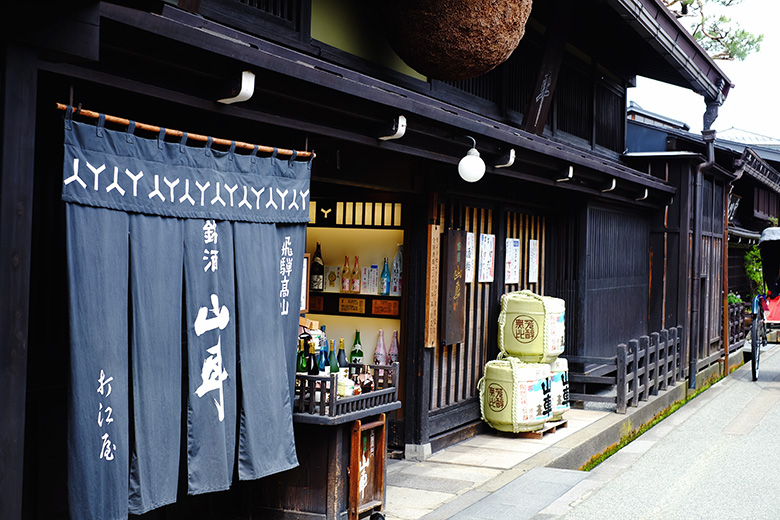 A sake brewery in Takayama, Japan

In addition to bonafide breweries, sake can be found on the menu at almost any kind of Japanese restaurant. It’s commonly paired with sushi, but is a welcome accompaniment to practically any meal — especially if it’s salty!

My experience at a sake brewery in Japan

As it does in Japan, it started to rain. We were under some pressure to find a sake brewery that would be open after 8PM — no small feat in the sleepy town of Takayama, in the Japan Alps. 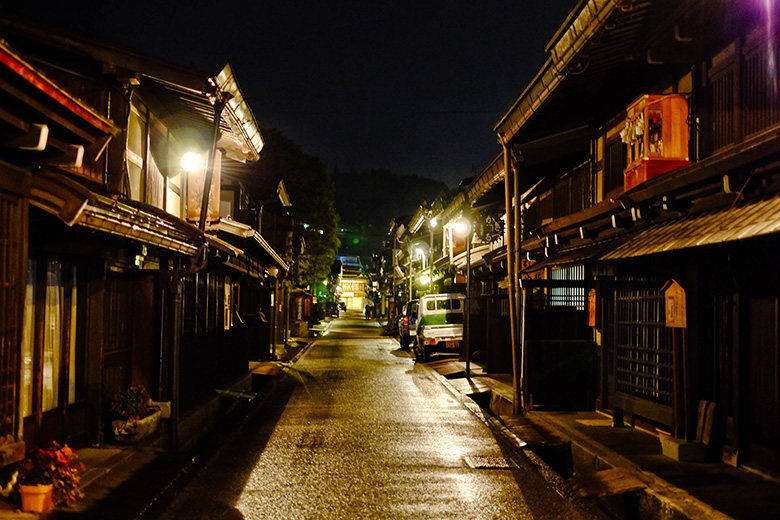 In the old merchant district, on Kamisanno-machi street, we finally found what we were looking for: Funasaka Sake Brewery, surprisingly with its lights still on. This place looks more like a store than a brewery, but nonetheless we went inside to dry off and warm up. 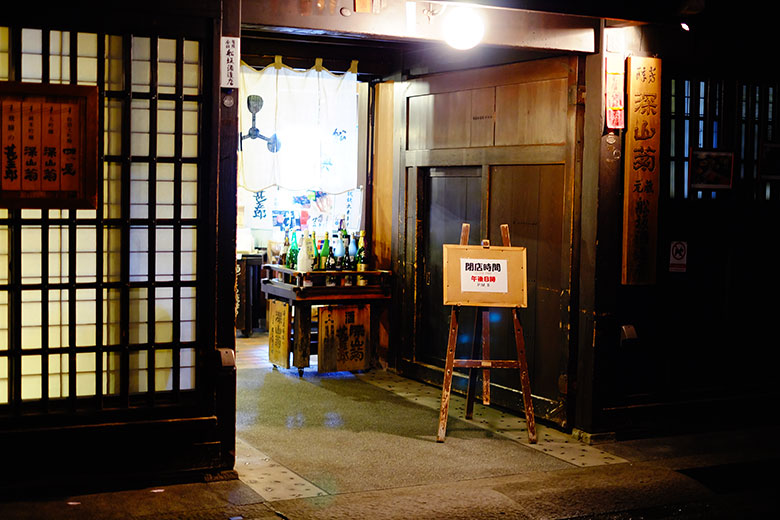 After fumbling around a bit over where we should seat ourselves, we were helped by an employee, who showed us a list of the sake for sale. Our choices were: sweet or dry, standard or premium. I chose the premium dry, and my boyfriend the standard sweet. He poured our sake into these tiny wooden masu (we were like, huh? why are you putting my sake in a box? is he out of cups?) and we gingerly transported them outside to a lovely patio. 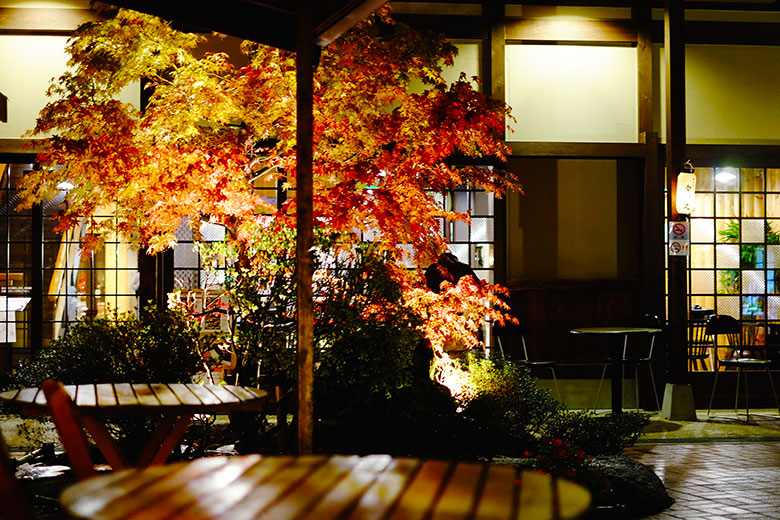 What would you do? You’ve got a liquid in a box and you have to drink it. Do you drink from the corner or the middle?? We tried both — studies show that Japanese people do it from the corner. I found it a bit awkward. 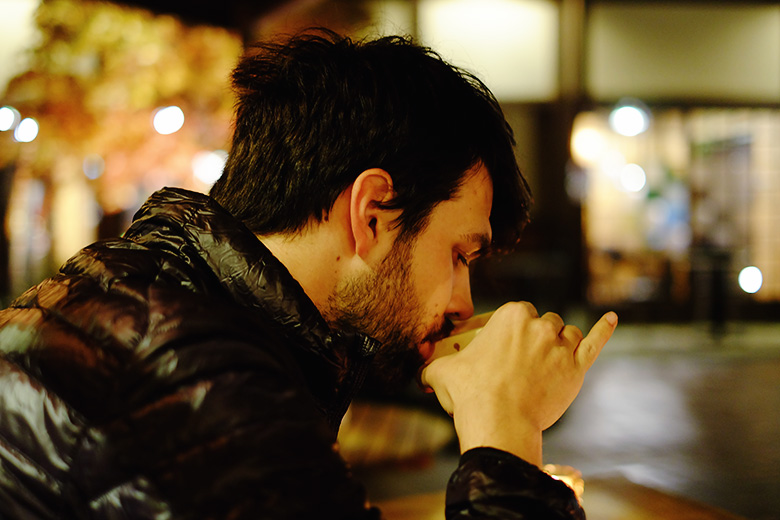 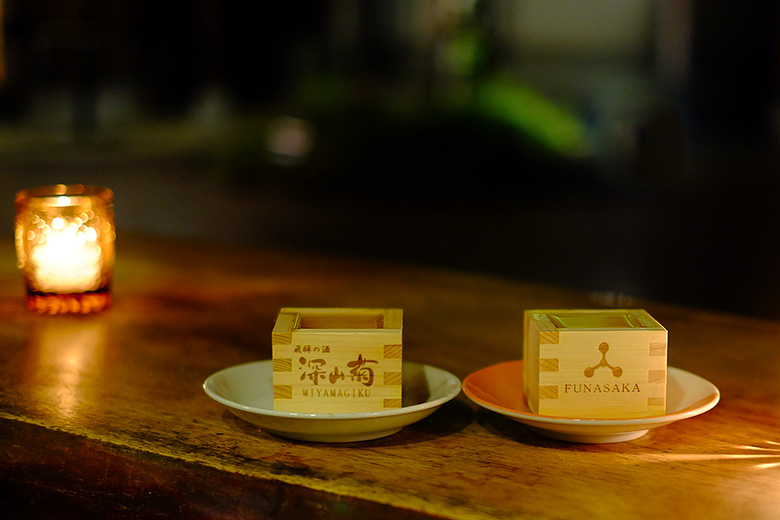 Turns out, sake from a wooden box is the super-traditional way of drinking sake, and isn’t really required anymore because the wood is no longer needed to soften the flavors of the sake.

Another thing I learned.

Just like tequila, you can drink sake with a bit of salt on the rim. We were given a third box, of salt, and an (of course) tiny spoon to scoop the salt onto the rim of our masu. Unsurprisingly, the salt was great!

Undeniably, there are so many sake breweries, and so little time to try all their delicious brews! My strategy in Japan was always to ask, “Which do you like?” It’s probably the simplest way to ask for a recommendation:

Some places we went, there was an extensive sake menu, but it might as well have been written in braille because we had no chance of decyphering it. Asking the server which she preferred was a quick and easy way to be sure we got something good!

Luckily, both these words are easy to remember! Hotto sounds just like “hot”, and aisu sounds like “ice”. Just slap an onegaishimasu on the end and you’re a polite tourist on your way to sake serendipity. 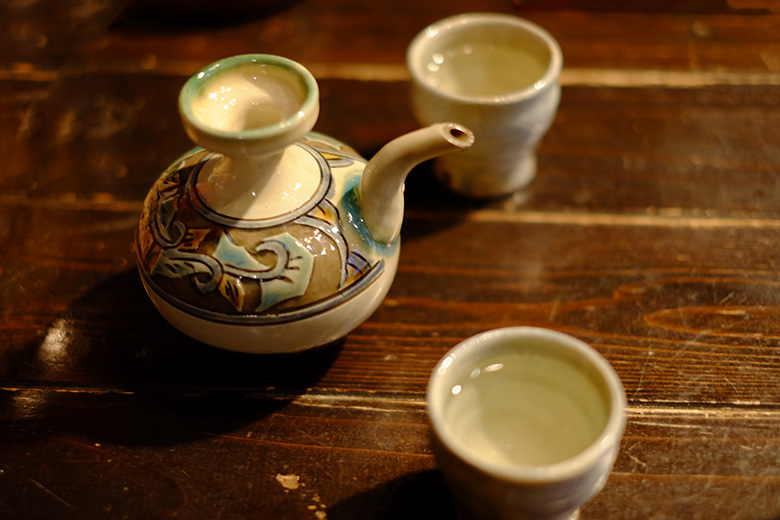 We drank this sake warm — maybe that’s why they served it to us in a teapot?

Bring it on home: Where to buy your own sake-drinking supplies.

Sake supplies are abundantly available throughout Japan. Just be careful if you’re looking for something special or hand-crafted, as a lot of tourist shops simply stock mass-produced items.

I think the nicest sake cups and pitchers were in Takayama. There were some really lovely shops, so long as you’re prepared to part with a pretty penny. Otherwise, you can pick up cheaper (but still attractive) sake supplies at chains like LOFT in Ginza, Tokyo.

How would you take your sake in Japan — hot, cold, or anything as long as it’s in a box?