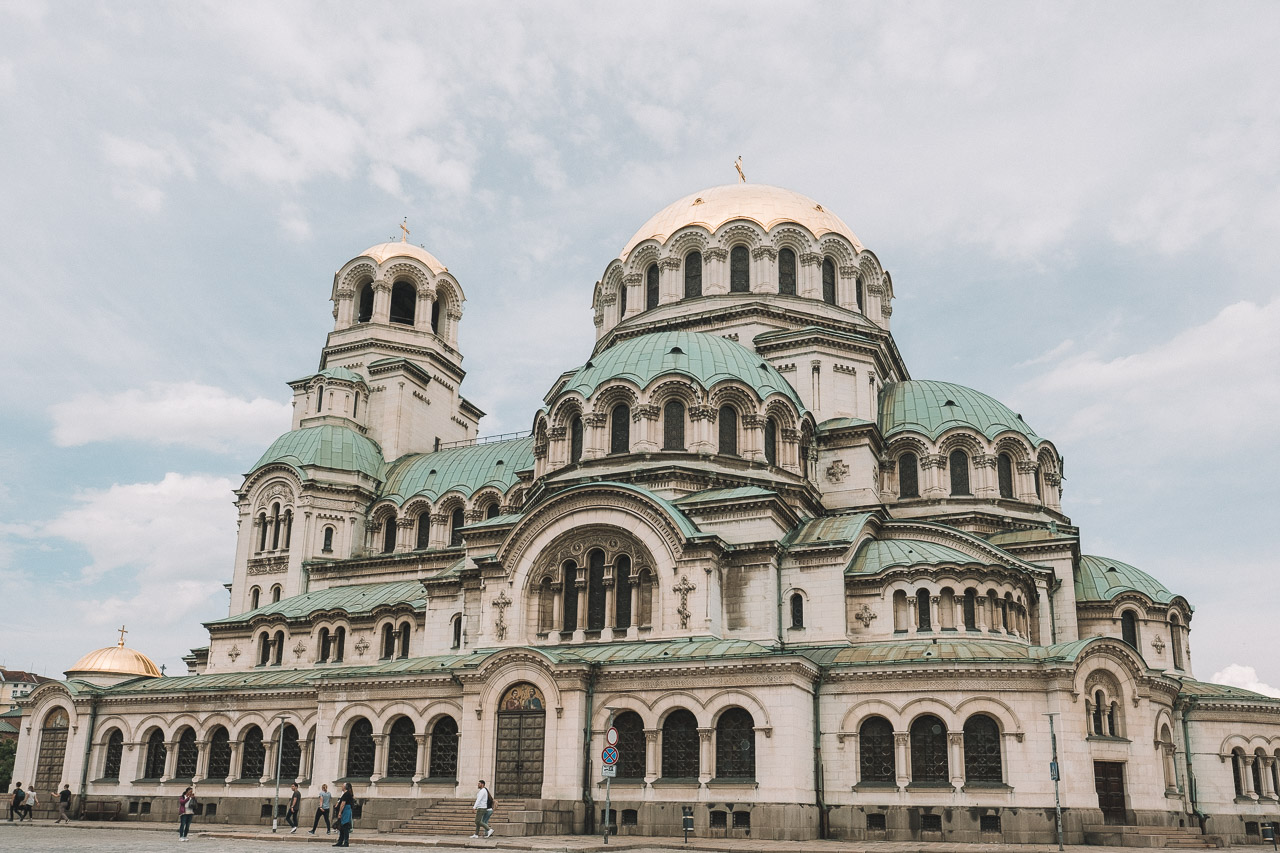 15 Fun Things to Do in Sofia, Bulgaria

Sofia isn’t a city that typically ends up on your European bucket list. But it should! Over the last four years, I’ve been to Sofia more than 10 times, and have accumulated a big list of things to do in Sofia, Bulgaria. From walking around this ancient Roman city and seeing both ruins and archaeological sites, to eating tasty traditional food or enjoying the booming craft beer scene. There is a lot to do in this city of a little under one million people.

Here are some of the best things to do in Sofia, Bulgaria based on my travels to the city over the last four years!

Best things to do in Sofia, Bulgaria

With all those travel tips out of the way, let’s take a look at some of the best things you can do in Sofia on your trip!

An excellent way to start your time in Sofia is by taking one of the free 2-hour walking tours offered by Free Sofia Walking Tour . In the Summer, Free Sofia Tour operates four times per day, at 10AM, 11AM, 2PM, and 6PM. Besides the standard sightseeing tour, they also started to offer tours in Spanish as well as a tour focusing on the history of the Jewish people in Sofia.

The tour is operated by a non-profit, so it costs nothing and you are welcomed to leave a donation at the end for the tour guide.

2. Take a day trip from Sofia

Bulgaria has way more to offer than just Sofia, and is especially famous for having ancient sites and stunning nature. Here are the top three things you can do as day trips from Sofia to add some variety to your trip:

Known as the Sofia Central Mineral Baths, this spot was once the main social spot to visit in the city. You can think of it as old-school Facebook 😉 Where all the goings-on among the locals. Some people wish the city still had a bathhouse, like the one you might know in Budapest .

Today, this historic building is home to the Sofia History Museum , which has a TON of history as Sofia is such an old city. You’ll find exhibits on pre-history, antiquity, the middle ages, all the way through modern times. If you want to appreciate the history of the city, do pop in. Even a combined ticket for both permanent and temporary exhibits will set you back just 10 lv, or 5€.

There are a number of great craft beers brewed in Bulgaria, though my favorite is probably the Stolinchno Pale Ale. You can get this beer at a number of different restaurants and bars, though I can specifically recommend two excellent spots for enjoying beerin Sofia.

Bulgaria is also famous for its wine, as the grapes love to grow in the country’s sunny weather. Sofia has a number of different wine-tasting tours if you’d like to get some more information from an expert 😉

TIP – If you’re traveling outside of Sofia, definitely check out Starosel Winery , located near Plovdiv. You can drink wine underground in a room that looks like a Thracian temple! Even if you don’t stay there overnight, you can come enjoy the restaurant and winery during the day. I’ve been here and it was awesome.

Easily the most famous sight in the entire city, the Alexander Nevsky Cathedral is a stunning example of an Eastern Orthodox church. Come inside for a dark and intimate church experience, with stunning ceilings and incredible sculptures. You can buy a photo pass for a 10 lv, or just walk around and enjoy the interior itself.

There are so many shops and places to eat on Vitosha Boulevard, the main pedestrian street in Sofia. You can see Vitosha Mountain, the biggest mountain that overlooks Sofia. Come here to walk up and down on the street, go window shopping, stop for a beer at a cafe, and meander past different churches.

8. Go for a hike on Vitosha Mountain

Speaking of Vitosha, you can take the ski lift up to the top and hike down. During the winter, it’s also possible to go skiing. You can also see the biggest waterfall on the mountain, Boyana Waterfall. There’s also a monastery located on the mountain, in case you can’t make it to Rila Monastery.

A lot of Bulgaria food is like a unique twist on traditional foods in neighboring countries like Greece or Turkey. Bulgaria is especially famous for its wine and tomatoes, and is a country that consumes a whole lot of meat. Here are a few foods worth trying during your trip to Sofia.

10. Or try some of the more modern restaurants

Traditional food is great, but one of the nice things about Sofia is that the prices are really affordable so you should not feel guilty to spend a ton of time eating in the city! Of course, like most places, a random restaurant on the street might not be the best representative of what the city has to offer. Here are a couple of specific recommendations:

My lunch from Made in Home in the center of Sofia

11. See ruins dating back to the Roman period

Back in the day, ruler of the Holy Roman Empire, Constantine the Great, was debating between setting up the capital of the empire in two places: Constantinople (today’s Istanbul) or Sofia. Owing to the former’s superior strategic location, it was chosen over Sofia, but you can see a ton of remants of the Roman Empire all over the city. It’s not uncommon that anytime they want to build a new building in Sofia, some new ruins are discovered and it has to be evaluated whether to preserve them! That’s how densely used Sofia’s inner city was during Roman times.

Bulgaria used to have 50,000 jews before WWII, 80% of which were in Sofia. One of the most famous kings in Bulgaria’s history, Boris III, asked for delays to avoid deporting the jewish population. The total population of Jews in Bulgaria were saved, and many expatriated to Israel. For this reason, you can visit Europe’s second largest synagogue in Sofia, which is like the little sister of the one in Budapest.

13. See the seat of the former communist regime

Bulgaria was part of the former Soviet Union, and as such has a history of communism that lasted until the late 80’s. There’s evidence of this all over the city, especially places like these which used to be adorned with a red star and facing a statue of Lenin. For the most part, Soviet symbols have been removed but the shadow of communism remains.

14. Get a blast from the past at the ultra-kitsch Raketa Rakia

Curious what it was like to grow up in a Bulgaria positioned behind the Iron Curtain? You can get a small taste of what it looked like by trying out Raketa Rakia Bar, a retro communist-era bar and restaurant. It’s a great place to try out traditional foods like meat dishes or mish mash, or just admire the trinkets and photos plastered over the walls that’ll take you back in time.

While you’re at it, it’s time to try the national spirit of Bulgaria, Rakia. Usually served in a smaller version of a champagne flute, this liquor is about 40% ABV. It’s a brandy made from fruit, usually grapes but it can also be different kinds of fruit too. Although it’s a popular drink through the Balkans, going by different names, archaeologists do believe that Rakia originated in Bulgaria as early as the 14-16th century.

15. Walk around one of Sofia’s many public parks

Sofia has a number of public parks, especially in the city center. It’s hard to far without stumbling into one of the parks. You can go for a picnic, listen to live music, or hang out near some of the city’s famous buildings and monuments. For example, the National Theatre of Bulgaria, which is pictured below.

Shared your thoughts in the comments what you’d most like to do in Sofia, Bulgaria, or if you’ve been and have any tips for my next trip there!

The Best Photography Locations in Venice