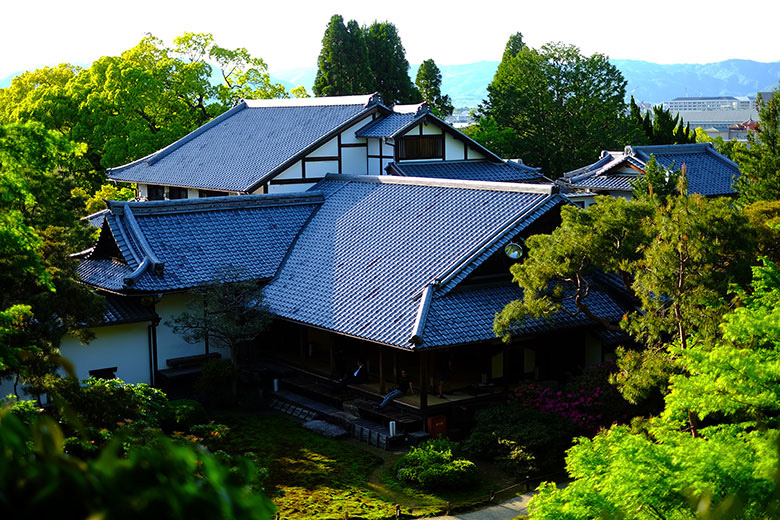 Welcome to the second installment of my series about the best off-the-beaten-path places in Japan. First time reading? Check out the previous post: Kanmangafuchi Abyss in Nikko.

Off the beaten path…in Kyoto?!

If there’s anywhere that’s oversaturated with tourists, it’s Kyoto. I’ve never battled so much with my fellow man just to get from Point A to Point B. It’s loud, it’s crowded, and most of the religious sights seem a lot less spiritual when it takes a small skirmish to get a decent view.

If you haven’t heard, Kyoto is the cultural epicenter of Japan. Forget Tokyo, the richest cultural sights and locations are found in and around Kyoto. The famous bamboo forest, the red torii gates, the golden pavillion – they’re all here. 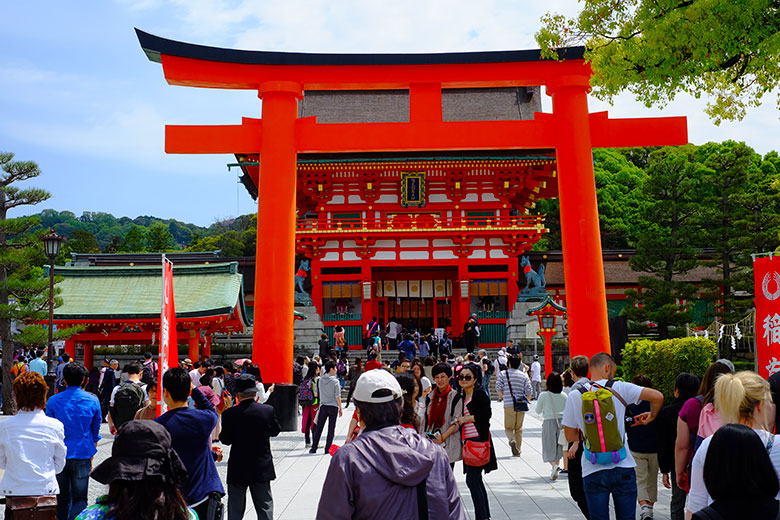 Kyoto was the capital of the country before Tokyo, and was specifically spared from bombs by the United States during World War II owing to its immense wealth of locations of cultural significance.

By the time we made it to Shoren-in, I was ready to call it quits. We’d spent all day walking around eastern Kyoto, my feet hurt with every step, and I just wanted to [drown my pain with some sake] (https://notanomadblog.com/beginners-guide-sake/). 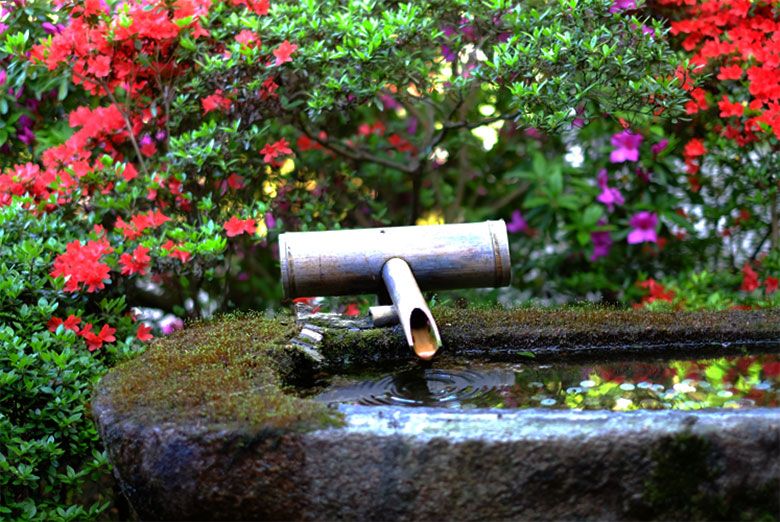 There are several temples in Kyoto that you want to see. But only one, where you want to be.

– My philosopher boyfriend about Shoren-in 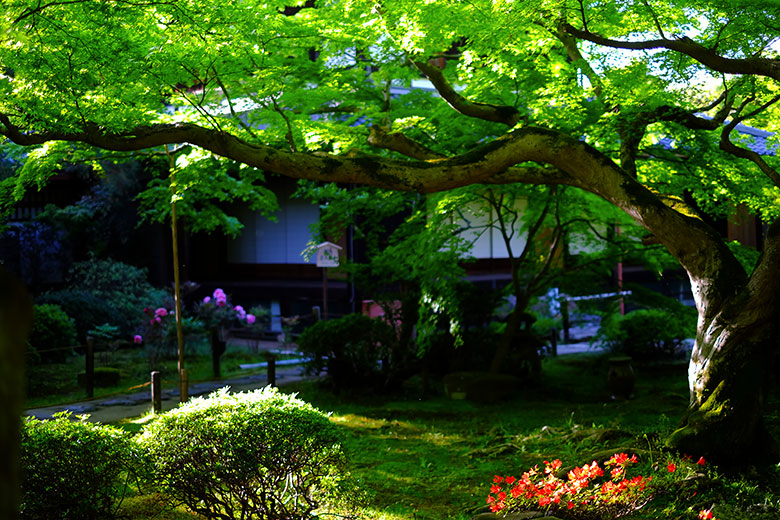 Let me let you in on a secret

Located at the foot of the Higashiyama mountains, at the end of a long string of temples that visitors to Kyoto have all seen, is an often-overlooked location called Shoren-in. Skipped by busses and tourist groups, Shoren-in is a sanctuary. 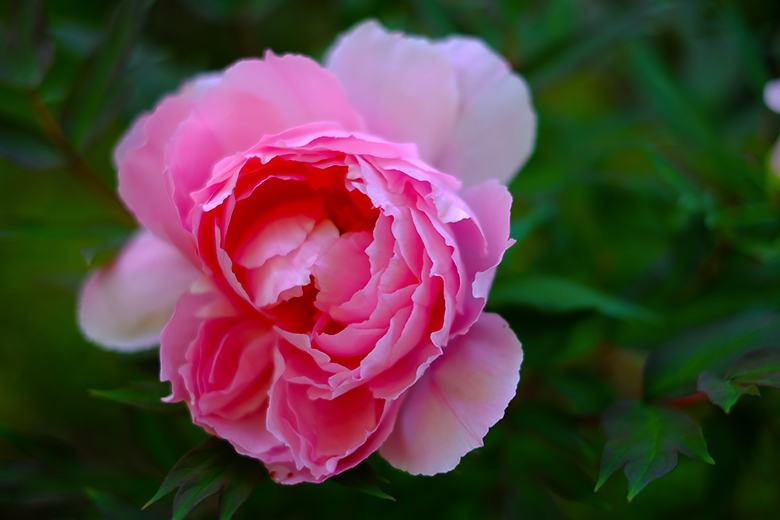 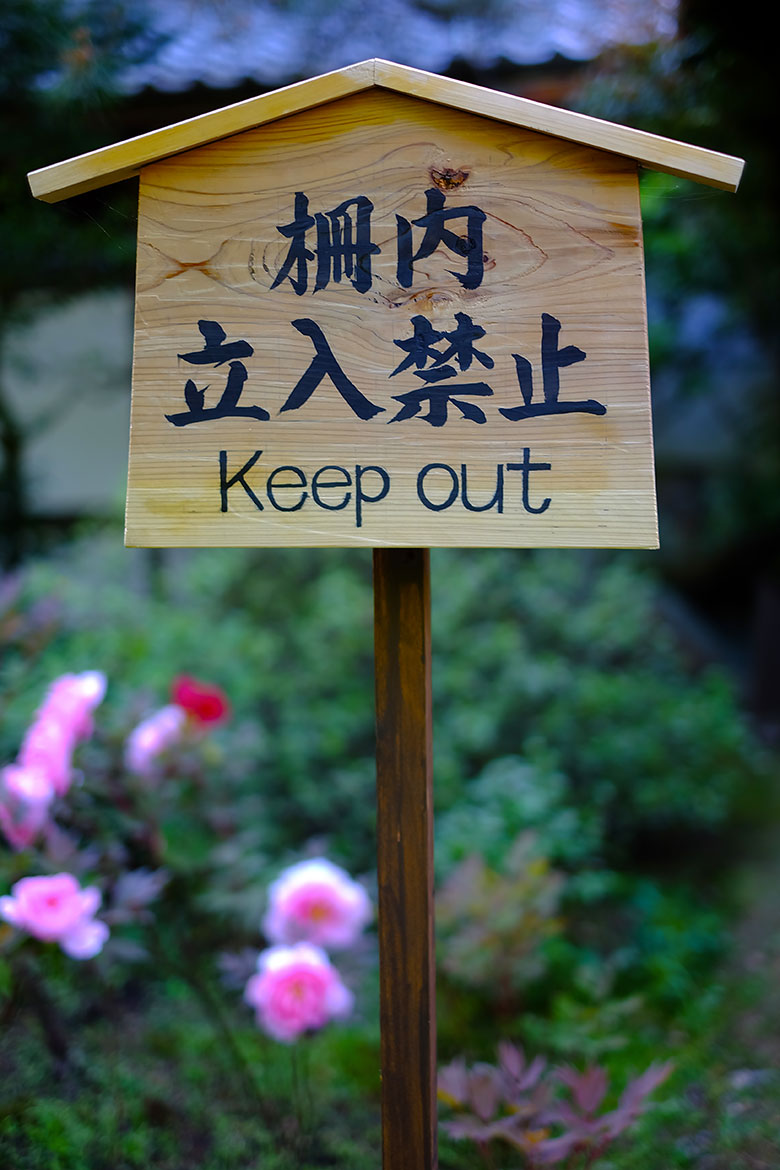 This temple belongs to a Buddhist sect, but looks more like a private residence than anything else. Small streams run quietly around every building, which lead into a large pond in the center. The intensity of red flowers and brilliant green foliage was clearly too much for my camera to capture. 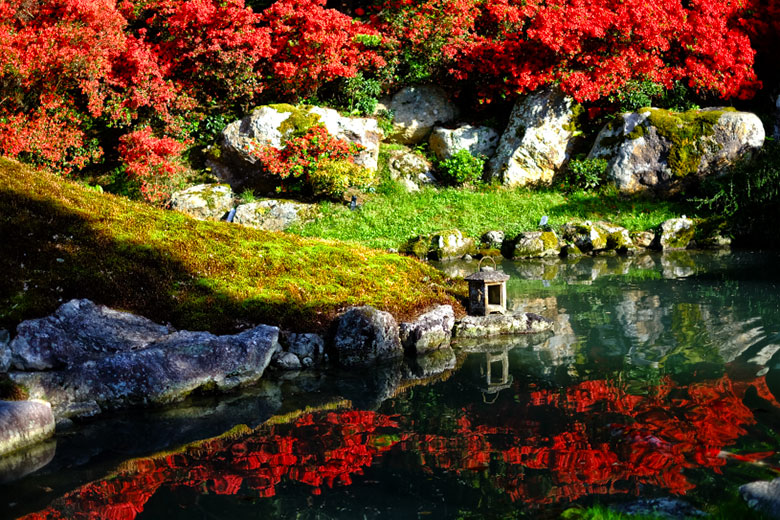 Behind the pond is a path upwards, to a small bamboo forest. Here is a torii (gate) leading to a collection of shrines, and if you turn around, you can see the temple from above. 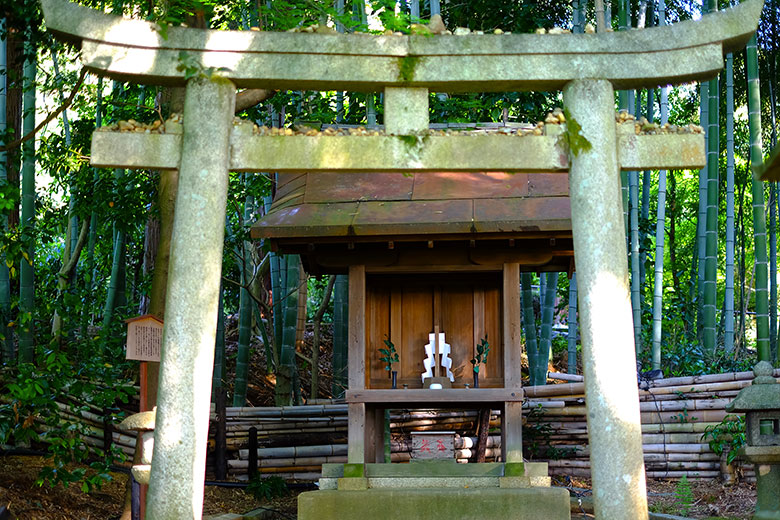 Shoren-in is peaceful, ironically unlike most other temples in Kyoto that are open to the public. Most people pass it by since it’s at the very end of the typical “temple route” in eastern Kyoto.

Come here to feel engulfed by a gentle burst of colors and to listen to the faintest sound of the water brushing up against mossy stones. It might just be the quietest place you can find in Japan (apart from inside a subway car, that is).

Have you ever found a totally peaceful place in the middle of a big city? Where was it and how did you find it?

Stay tuned next week for tips on visiting Miyajima Island and where to escape the crowds for a panoramic view of Hiroshima Bay!