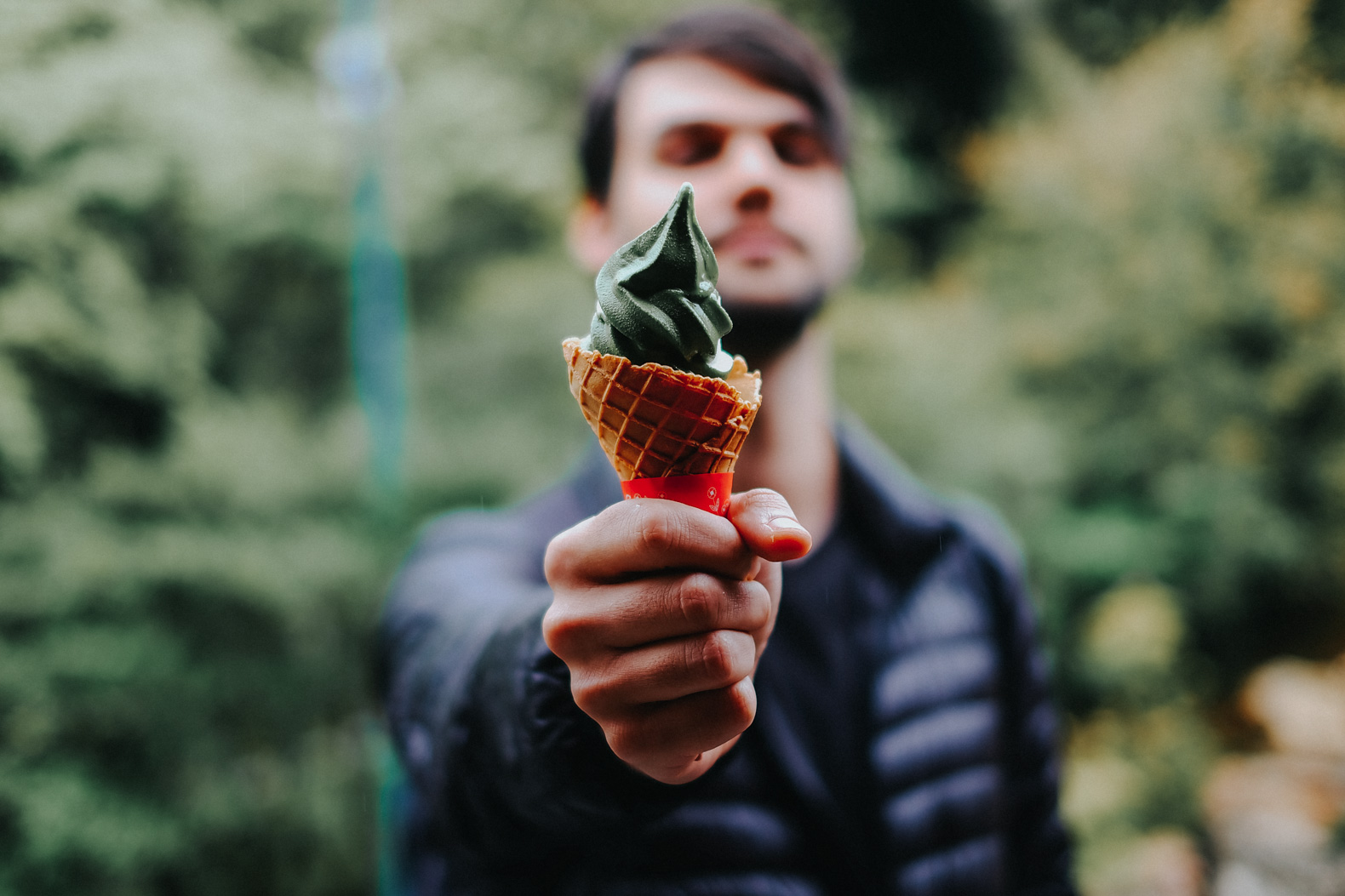 I’m the kind of person who loves to prepare for travel. I create Google Docs, custom maps, I scour instagram and pinterest for the most beautiful spots to photograph. And as you can imagine, when it came time for me to visit Japan – I was in hype-planning mode. Before I went to Japan for the time, I was spending a ton of time googling and reading guidebooks and blog posts.

And yet – there were some things about Japan that well and truly surprised me. Some of them I was fortunate enough to learn before I went, while others I discovered in more “interesting” circumstances.

Here are the top 10 things you need to know before you visit Japan, and how to prepare to visit Japan!

Some links in this post are to affiliate sites. If you purchase something through them, I may earn a small comission at no cost to you.
I am very grateful when you use my links to make a purchase!

10 things to know before traveling to Japan

1. Squat toilets are still a thing

This is just something you have to be aware of! While “Western toilets” have become much more common in Japan, it’s still possible you’ll end up in a situation where the only toilet available is – indeed – a squat toilet. The main places I encountered these is in train stations or public bathrooms.

Of course, there are many places in the world where squat toilets are common, but this was my first time ever encountering one and I was totally unprepared (read: wearing a leather pencil skirt).

While we’re on the topic of toilets, though – just wait until you try the Japanese toilets with heated toilet seats. It’s amazing! You will come away from Japan wishing you could import one of these incredible contraptions back to your home country.

You know what they say: come for the sushi, stay for the heated toilet seats.

If you’re American like me, tipping is basically second nature. See the receipt, do a little math, and add some money to the bill. But in Japan, the cost of service is included in the cost of the meal. You might feel bad that you’re not giving the server a tip, but in time you will start to enjoy it 😄

Speaking of money, you need to be prepared to pay almost everything in cash. Major shops for clothing or electronics will accept cards, but when it comes to places like restaurants, shops, shrines, temples, castles – you get the idea. Make sure you have plenty of cash on hand!

In Japan, many ATMs only work with Japanese credit and debit cards. You can try all you want to put your card inside, but it will not work! Not only that, but convenience stores and super markets do NOT allow you to take out “cash back”. It’s just not a thing in Japan. I even communicated with a convenience store employee over Google Translate to get rejected for the cash I would’ve needed to eat more than a “personal pizza” for dinner.

Yeah. The cash culture and the dearth of ATMs can lead to some dire situations.

Thankfully, you can always rely on 7-Eleven. Yes, Japan has 7-Eleven and not only is it the most reliable place to withdraw cash, but it also has tons of tasty snacks you can eat when you’re on the train!

TIP – Don’t forget to enable your card for overseas transactions, and let your bank know you’ll be traveling to Japan so they don’t freeze your card for fear of fraud.

Speaking of the train…

Japan has an amazing deal for tourists who are visiting Japan. It’s called the Japan Rail Pass and is exclusively offered to people who travel to Japan from overseas. Given that buying individual tickets for the bullet train in Japan is even more expensive than flying in an airplane, I feel sad for the locals who can’t take part in this amazing deal!

In short, the Japan Rail Pass has a number of different kinds of rail passes depending on how long you’re staying. You can choose a 7-day, a 14-day, or a 21-day pass.

If you are just staying in Tokyo, a Japan Rail Pass doesn’t make any sense, but if you’re going to visit nearby cities like Kyoto or Osaka , the cost of your JR pass might be about what you’d spend just booking the train on your own. Travel a little more and you’re in money-saving territory.

I bought a 14-day rail pass and based on where I went, the Japan Rail Pass saved me over $450 on train tickets.

Something you’ll slowly notice as you travel around Japan…you’re collecting a LOT of trash in your pockets with nowhere to put it! But as Japan is such a clean country, how do they manage it when there are no trash cans for you to place your trash or recyclables in? And why are there no bins in the first place?

Back in 1995, during the morning rush hour in Tokyo, there was an extremely lethal Sarin gas attack. It was organized by members of a cult, and injured more than 5,000 people. Apparently the colorless and scentless poison was planted inside a trash can. Consequently, the government removed many trash bins, especially in train stations.

While this can be frustrating for travelers, it’s a natural response. So what can we do to properly recycle or dispose of our trash while in Japan?

Look for recycling bins for aluminium next to vending machines, and for plastic recycling at parks, convenience stores, and (in very few places) in train stations.

7. The Japanese address system is mind-boggling

In Western countries, we’re used to an address telling you where a building is located on a street. For this we use conventions like street numbers and street names.

Not so in Japan!

In Japan, the address system is based on geographical entities and areas rather than a street number and name. Besides some exceptions (Kyoto and Sapporo), most addresses in Japan won’t even include the street name in the address! 🤯 You can imagine how much fun we had hunting down our Airbnbs in major cities.

Learning how to dicipher Japanese address is really critical if you end up deciding to stay in Airbnbs all over Japan, or simply if you need to find something that doesn’t have an entry in Google maps. Here’s a handy article about how to read a Japanese address so you can prepare yourself.

TIP – When I was in Japan, Apple Maps worked much better than Google Maps in terms of searching for romanized Japanese addresses. I’m not sure if Google has improved in the mean time, but don’t hesitate to try Apple Maps in case you get better results!

8. English is not that widely spoken

As an English native speaker it can be easy to assume that everyone knows “enough English” for communication. But in Japan, while you may be able to communicate, it can be difficult in many circumstances. No matter how slow and careful, sometimes it just doesn’t translate!

Besides the human aspect, you’ll find that a decent number of restaurants also don’t offer English menus. I remember trying to order ramen from a Japanese language interactive machine 😂 That was so difficult but somehow it worked!

Luckily for me, I took a year of Japanese in university so I can speak and read a bit of Japanese. Here are a few tips for communicating in Japanese:

You’ll pick it up in no time!

9. Slurping is polite, but blowing your nose is rude

In Japan, it’s polite to slurp your noodles. Making some slurpy sounds might seem…unseemly if you’re not used to it, but it’s meant to signify to the chef that the noodles are delicious. (P.s. You can tell the server or chef it’s delicious with, “Oishi desu!” or “Oi-shi des”. Literally, “It is delicious!“)

And while slurping is a 💯 great thing to do, blowing your nose in a public place is considered really disgusting. So just imagine how much fun it was traveling on the train while my boyfriend had a cold 😂 Some reading online insists that the Japanese ladies will gently sniffle until they reach a discrete location.

BONUS – It’s also considered barbaric to eat while walking in Japan. You’re meant to take that street food and have a seat, like a civilized person! 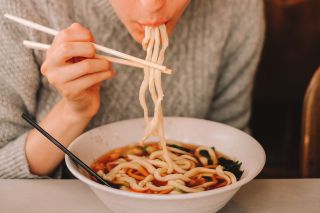 Regional cuisine and street foods to try in Japan

The delicious, unique, and sometimes strange regional dishes and street foods of Japan that you simply won't find anywhere else.

The last thing you really need to know about Japan – it is full of tourists. Japan is not just a popular destination for tourists from America and Europe, but also with tourists from all over the Asian continent. Especially in busy seasons, like Spring for cherry blossom season, it can be a fight for survival at some of the most popular locations in the country.

Luckily, Japan has great infrastructure and can handle the mass of people. Just be aware – if you want to visit somewhere with lighter crowds, this is going to mean getting up eaaaarly in the morning or staying in the late afternoon, or visit some more offbeat locations like Hirosaki or Takayama.

How to prepare for a trip to Japan

Alright, so now you’re going to be a little less surprised once you touch down in Japan. What are the top things you can do to get prepared for your trip to Japan?

✔ Get a guide book. Even with Pocket WiFi or a SIM card, there are remote places where a paper map will come in handy. There are also, *gasp!* places that travel writers have covered with more depth than bloggers. I tried 3 different travel guides and my definite favorite was the Japan Travel Guide by Lonely Planet .

✔ Buy your JR Pass. You can only buy a Japan Rail Pass OUTSIDE of the country. You have to buy it in advance, have them mail you a voucher, which you can then redeem at the airport in Japan. Don’t wait until the last minute to order your pass.

✔ Bring an umbrella. Japan gets quite a lot of rainfall. The country is home to extremely lush forests, and it’s no surprise how they just keep growing! We bought two umbrellas in Japan. Buy or bring one yourself to avoid purchasing a cheap one in desperation.

✔ Plan your itinerary in advance. Some countries are great for being spontaneous, but I find that Japan favors the prepared. Especially in the high season, you will find it harder to book hotels in Japan in your price range or the desired location. In Japan, I did a combination of Airbnb and Booking.com . One good thing about staying in hotels over Airbnb is that Google knows where hotels are on the map, as I already explained 😉 You can also use Hyperdia to plan which trains you’re going to take so your trip stays super efficient and you don’t get stranded somewhere because you missed the last train.

Planning a trip to Japan?

Share your thoughts in the comments about the most surprising fact you learned about what it’s like to travel to Japan!

A super efficient itinerary for two weeks in Japan

Is it really worth staying in a Ryokan in Japan?

15 beautiful places you must visit in Japan