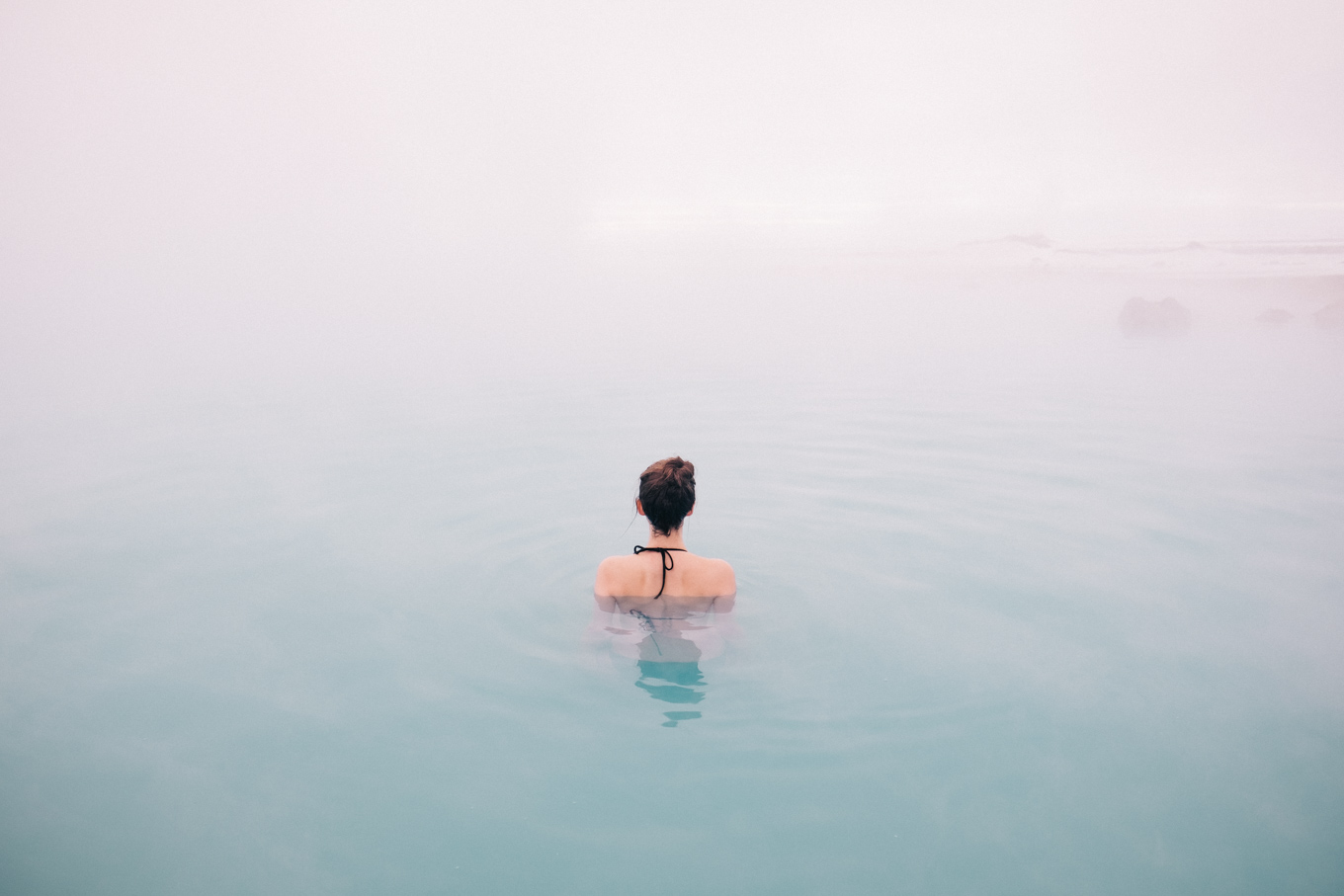 7 Reasons You Should Visit Iceland this Winter

When I told people I was going to Iceland in the dead of winter, a lot of people were surprised – won’t I freeze?! Won’t it be dark?! Won’t I get buried in a blizzard?! Why on earth would I want to visit Iceland during Winter?? 😱

There are so many things you can only do in Iceland during the winter months. These special winter activites in Iceland are what make it so exciting to come here during this time of year – Whether that’s visiting ice caves or seeing the northern lights, visiting the country in Winter seems to be like being on another planet compared to the summertime.

Here are some of the great reasons to visit Iceland in the Winter which are exclusive to the season. Enjoy!

As of February 25, 2022, all measures due to COVID-19 at the Icelandic border have been lifted.

Should you visit Iceland in Winter? Yes. Here’s why.

1. It’s your only chance to visit ice caves

Many tours start like this: everyone pile into a massive 4-wheel-drive monster that navigates the glacier surface with the approximate grace of a drunk giant. Then you get some spikes to attach on your shoes and a warning not to stray too far, lest you step on some thin ice 😁 From there, you can strap on a hardhat and go exploring! The ice at your fingertips is so highly condensed it would take hours to melt in a glass of whiskey. 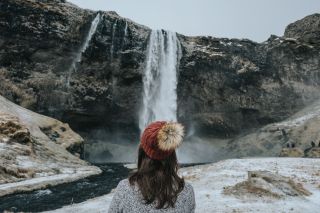 Ten days is just enough to drive Iceland's Ring Road, but certainly not enough to do it all! Use this itinerary to get started on your own road trip through Iceland or get ideas for your next trip.

As soon as March rolls around, the ice inside Iceland’s ice caves begin to melt and fill the caves from top to bottom with water. The only time you can visit these ice caves is during the heart of winter – and you won’t regret it.

2. And your only chance to witness Northern Lights

Besides ice caves, the northern lights are the main natural phenomena you won’t find in any other season. Of course, you’ve got to be lucky to catch them (and there are great tools that can help you with that like vedur.is’s aurora forecast). During our trip at the end of February and early March, we saw the northern lights five times during a ten-day trip. As you can imagine, the longer you go the more likely you’ll get lucky! 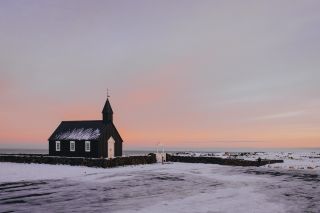 Best Places to Stay in Iceland Along the Ring Road

If you're planning a road trip around Iceland, these are the best hotels and accommodation in Iceland near the Ring Road. Plus, tips for picking your hotel in Iceland, the best ideas on where to stay in Iceland, and what to avoid!

This is a photo of the first northern lights I’d ever seen in my life – photo taken from inside our guesthouse, because the winds were so strong you couldn’t take a long exposure outdoors without it being too wobbly!

3. Lighter crowds than during the Summer

Now, let’s not oversell this point – after Summer, Winter is the most popular time to visit Iceland. But it is notably less crowded in terms of the sheer number of visitors.

For example, the day I visited Iceland’s most popular national park, it was practically empty. I probably saw five other people at the park the entire time I was there. Somehow it really feels like you have somewhere to explore on your own ✨ 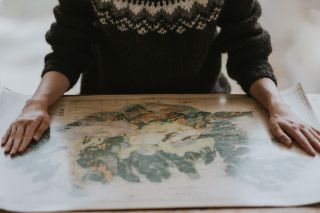 13 Special Things To Do in Iceland in Winter

However, if you’re looking to go off the beaten path, you can visit places in both the summer and winter which you’re likely to have all to yourself – especially in the North! This photo was taken in North Iceland, where you’ll hardly find any cars on the road as you drive from one gorgeous place to the next.

4. A golden hour that lasts for hours

Do you know about golden hour? It’s the hour of the day before sunset that provides some of the most beautiful light for taking photos. In Iceland in the Summer, even though you don’t have long days the way you do in Winter, the light you do have makes for gorgeous photos all day long.

Just take a look at this hazy sunset on the west coast of Iceland at the famous búðakirkja, or “black church”.

That’s not to say it ever really gets hot during the summer in Iceland (they even experience snow in the summer sometimes), but stepping into a hot bath is even better in the Winter when it’s cold outside. The people of Iceland love baths, and you’ll find popular ones like the Blue Lagoon and more off-beat ones like the one pictured below.

This photo was taken at Myvatn Nature Baths in Northern Iceland.

Iceland’s traditional winter sweater can be purchased while you’re in Iceland, and even worn on your trip. It’s made of Icelandic sheep’s wool, which is super super warm and comes in gorgeous patterns. You can buy a hand-knit sweater for around $200. 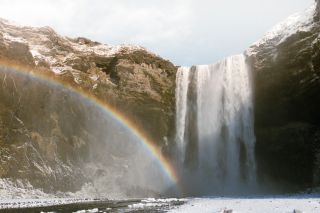 Iceland is a true photographer's destination, but you have to be prepared to take the best photos possible! Here are my photography tips for making the most out of your photos in Iceland, no matter if you visit in the Summer or the Winter.

Some of the popular places to purchase one include the Handknitting Association of Iceland in Reykjavik. I bought my sweater in Borgarnes , which you’ll likely pass through early on your trip if you decide to go clockwise around the Ring Road.

Even though it’s called _Ice_land, it’s really not that cold in most of the places you’re likely to visit in Iceland in the Winter. The ulta-cold interior of the country is usually closed off, and the south is surprisingly warm (hovering around freezing) for much of the winter.

For much of the trip, I could get away with some thin layers, a warm sweater, and a winter coat (which was more or less optional depending on how long I’d be outdoors).

Even though it’s not that cold, what is cold is the wind. If you’re prepared to deal with wind (good hat and gloves and a wind-proof layer) you will be just fine 😄

Have you been to Iceland in Winter? Why did you decide to visit during this season?