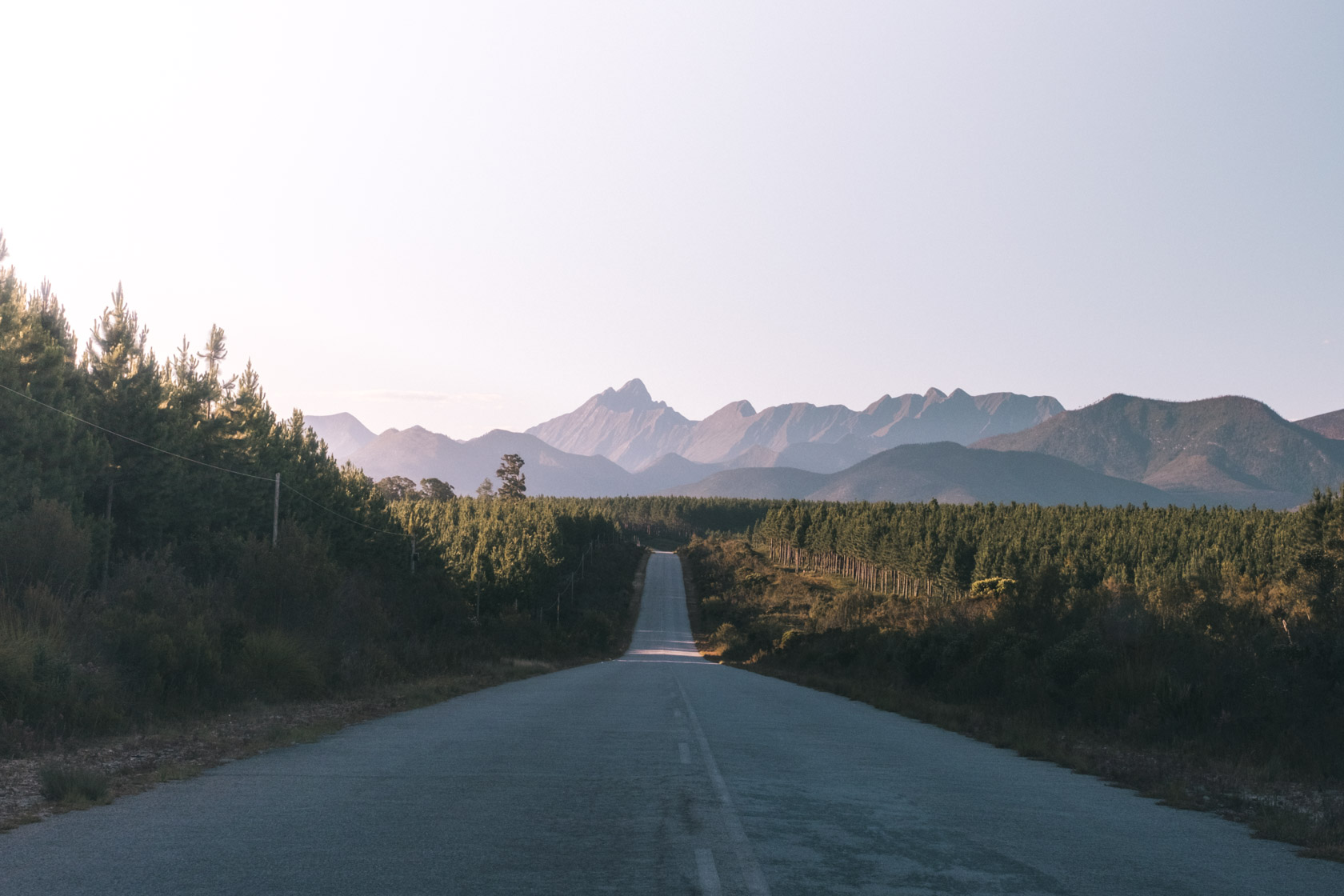 Streching for more than 300 kilometers (or 190 miles), South Africa’s Garden Route is perhaps the most popular road trip in the entire country. In some ways, the Garden Route is a condensed version of South Africa: it has forests, mountains, lagoons, grasslands, and deserts. This Garden Route itinerary is perfect for both the adventurous as well as the laid-back traveler, with plenty of activities to mix and match. And since there are so many things to do in the Garden Route in South Africa, you can let yourself be occupied from morning until night!

Personally, I loved South Africa’s Garden Route and could’ve spent twice the number of days here than I could. Especially if you love outdoors activities, you’ll be spoiled for choice with the fabulous national parks in this region.

Here are the highlights of my Garden Route trip, some tips on driving it yourself, extra activities I missed but wish I’d had time for, plus guided tours to the Garden Route from Cape Town in case you’re not renting a car.

Enjoy this beautiful slice of paradise ✨

As of March 22, 2022, international travelers can visit South Africa regardless of vaccination status.

If you're vaccinated, you need to prevent a valid vaccination certificate at the port of entry. If you're not vaccinated, you'll need a negative COVID-19 test from a WHO-recognized organization obtained not more than 72 hours beofre the date of travel.

For the latest information, keep an eye on the official government website for updates on restrictions.

In general, you can stay in most towns along the Garden Route and not go terribly wrong. There are a lot of Garden Route itineraries that recommend a bunch of different locations, ranging from guesthouses to full-blown luxury lodges. These are the places I personally stayed at that ended up being excellent, both in terms of facilities and logistically, and won’t blow your budget.

While not technically part of the Garden Route, Hermanus is a town that a lot of people (us included) build into their Garden Route itinerary. And why not? It’s on the way from Cape Town to Mossel Bay (the official start of the Garden Route), and is famous as the best land-based whale-watching capital of the world. From June to December every year, the Southern Right whale comes to the bay to give birth to its calves. That’s right – you can see baby whales!

Apart from seeing whales, you can also often see the Cape Fur Seal as well as dolphins.

Things to do in Hermanus

Mossel Bay marks the official start to the Garden Route, even though many people make sure to stop in Hermanus on the way here. Its name literally means “Mussel Bay”, like the mussels you might like to eat! If you’re trying to do this as a day trip, that probably means mussels for breakfast or lunch. Based on some reviews (and our trusty South Africa guidebook ), we ended up at Oyster Bar , which offered 3 oysters for under $10.

Things to do in Mossel Bay

Knysna is famous for having both a beautiful coastline as well as an inland lagoon. Depending on your vantage point, you can actually see both sides of Knysna at the same time. Its unique geography also means it was famous as a dangerous place to sail (this seems like a theme, no?). The Knysna Heads has been called the single most dangerous ocean mouth in the entire world. Sounds like a place you want to hang out, eh?

Truth be told, Knysna is one of my top picks for places to visit on the Garden Route and you’ll soon see why!

Things to do in Knysna

This stretch is a very pretty drive, including stops in a national park and plenty of chances to see babboons! If you have more time, you can break this stretch up for this garden route itinerary into several days. We met people during our South Africa road trip that spent several days in Tsitsikamma National Park alone.

Also known as “Plett”, Plettenberg Bay is a city famous for its beaches. It’s a popular place especially for families who want to spend time together on the beach. You can come here and grab a drink overlooking the beach, or jump in the water. Keep reading for more information about things to do in Plettenberg Bay!

Things to do in Plettenberg Bay

Nature’s Valley is a small resort village along the Garden Route. Even if you don’t decide to stick around for long, you can drive through the area by taking a detour off of the N2 (The Garden Route) onto the R102. As you drive through be careful as babboons cross the road!

Tsitsikamma National Park is a marine reserve most famous for its suspension bridges you can walk to in about 15 minutes across wooden walkways. For the more adventurous and prone to outdoors activites, kayaking through the gorge or ziplining through the canopy of trees are two of the most popular things to do in Tsitsikamma.

I honestly didn’t spend a lot of time in Port Elizabeth itself, and found the city relatively vanilla compared to most of the other places in the Garden Route. But it’s a great place to base yourself if you’ll he heading to Addo Elephant Park the following morning! We stayed at Brighton Lodge which was super easy to find, secure, and had a good location for driving to Addo the next day.

Addo Elephant Park is the third largest national park in South Africa after Kruger National Park and Kgalagadi Transfrontier Park. It has more than 600 elephants, and is really special because it’s a place where you can see immense herds of elephants altogether. There are numerous watering holes (many man-made) which often attract elephants in large numbers.

When we were there we also saw zebra, buffalo, hartebeest, and a number of other animals. There are even plans to expand the park to include a marine area, making it the only park in South Africa to be home to the “Big 7” (elephant, rhinoceros, lion, buffalo, leopard, whale and great white shark).

Addo Elephant Park was one of the highlights of our South Africa trip! Keep reading for my top tips for visiting.

Here are a couple of practical tips for your trip to Addo.

If you’re flying back out of Cape Town, go ahead and loop back through the Klein Karoo. If you’re flying out of Port Elizabeth to go elsewhere in the country, like Johannesburg or Kruger National Park, you can do the Klein Karoo in between Hermanus and the other parts of the trip. In any case, this is a special area with open landscapes and rolling hills of farmlands.

Klein Karoo means “Small Karoo”, and it’s a desert region that stretches above the coastal region of the Garden Route. The most famous road through this area is called Route 62, considered one of the best roadtrips in South Africa as a whole.

Things to do in Klein Karoo

There are two main reserves in the Klein Karoo, both of which are home to the Big 5. If you drive yourself on this day trip from Cape Town you can save a lot of money on the transfer (which takes about two hours).

While it’s possible to reach the start of the Garden Route from Cape Town on a day trip, your best option is to spend several days on the Garden Route. Personally, we loved driving ourselves down the Garden Route because it gave us a ton of flexibility. That said, driving in South Africa can be a little scary sometimes, and not just because of driving on the left. Roads aren’t always in the best condition and there is a lot of speeding. That said, we obviously survived 😉

As for guided tours, after a lot of research, I think the 5-day Garden Route + Addo Tour is the best value. You’ll have a better chance to see rare animals the more often you go on safari, and this tour gives you three safari opportunities. While it doesn’t visit Hermanus, you can easily do that as one of your day trips from Cape Town if you’re visiting in the whale-watching season from June to December.

Here are the pros and cons of the top two highest-rated Garden Route tours for different durations. Both of them have 4.9 out of 5 ratings or higher based on customer reviews.

How long does it take to drive the Garden Route?

The Garden Route itself (from Mossel Bay to Port Elizabeth) from a pure driving standpoint could be done in one day, but when you include stops, the main route requires at least 3 or 4 days to see it properly. That said, many people spend an entire week on the Garden Route and still do not see it all!

We drove the Garden Route in early December, and it was warm enough to wear shorts and a t-shirt basically everywhere. It’s also really important, even in early Summer before peak season starts, to wear bug spray and sunscreen anytime you go outdoors. The peak season in South Africa is mostly the end of December through February, so be aware of that when booking accommodation!

Have you ever been to South Africa? Where’s the best place you’d like to visit in the Garden Route? Let me know in the comments if you have any extra tips for me!

Best accommodation in Franschhoek for every budget